Why does the internet suck so bad?

I think I know the answer to this before I ask it, which is that nothing is profitable without ads anymore.

But I have to ask it anyway: Why does browsing the internet suck so bad right now?

Back in 1997 this internet thing seemed like the bee’s knees. And it was fantastic for a while. But now I can’t stand surfing around and reading anyone’s site. It’s all half page popups, screen wide ads, and the worst, the ads that scroll with you as you scroll. I’m not going to name every site that sucks, but I’m trying to do some research and was trying to read an article at The Economist. But I couldn’t, the site was just unnavigable. Every time I want a recipe, or find an article, or search for something and end up on a site… they are all the same.

I want to go surf the internet but it’s so bad now that the only sites I still visit are here and reddit. I feel like that makes me see the internet and news through a certain lens so I’m trying to add other sites to my rotation. Even Twitter has been taken over by promoted ads now.

Is this why millennials only surf on their phone and never visit websites? Have apps replaced everything?

Help an old man out here, because from my point of view the curation of the internet has gone to shit. It’s all way, way worse than Myspace ever was. It’s intolerable.

Install uBlock Origin. The web is intolerable without an adblocker.

Whitelist sites you actually support, that don’t abuse the privilege.

For all the time I spend on the internet, without it costing me a dime, I really can’t complain about some ads. Sure it’s worse, but it is free. I remember having to pay to get on Prodigy back in the day.

It’s not just the internet. Ads have gotten way worse pretty much everywhere. I think it’s a desperate and doomed approach to the increasingly difficult problem of how to monetize content in an era where people increasingly expect it for free or at a nominal subscription price. and in so doing, worsen the problem. Ad blockers are basically mandatory at this point. and since mobile (especially iOS) devices don’t let you block as well as desktop, I for one do as little internetting on them as I can manage.

I’ll strongly second this. If you’re using something besides uBlock, switch.

Back to your question though, money drives everything. It was a given that at least one reason why people are fleeing broadcast and live TV is because they don’t want to sit through commercial breaks. And it also makes sense that as people fled that medium, advertisers would embrace and populate where everyone ended up, right here on the internet. And lets face it, content costs money. Either in actual dollars spent toward it directly, or in time spent in putting it online. Add to that the costs of hosting content, and you get a model that needs a revenue stream to continue. Paywalls suck. Instead of subscribing, people just find other places who will provide similar content for free. So the ad model as a revenue source continues to populate evermore.

Install uBlock Origin. The web is intolerable without an adblocker.

Ill third this. You have no idea how much “quieter” the world can be. Many places just go crazy with the adds. The worst offender of some of the sites I occasionally use, has over 15k of adds blocked since I last restated my computer which was about 3 days ago. That tab has just been open, I have not been browsing on it. So that is like 5k adds per day, which is crazy. To contrast that with another tab that has been open for the same amount of time, has had just 21 adds in 3 days.

I do not think I can live in the world that most people do, the ones saturated with adds. When I visit people who watch normal TV, I just find it incomprehensible how they can deal with all the advertising that is thrown at them. I think that 1/3rd of the “content” of everything on TV is advertisements now. Ok, so that not about web browsing. Use an ad blocker, stream your video, and experiencing a much more peaceful life.

Tim Wu’s discussion with Terri Gross on this is the best breakdown I’ve seen so far.

But I agree, web browsing is terrible now; the only way to make it tolerable is to spit in the eye of the very mechanisms that are making so much of the content free.

I worked for Yahoo for 8 years, and everything was about ad-rev, eyeballs, clickthrough ratio, pre-roll video ads, etc. That was the whole monetization model and its logical conclusion is stuff like YouTube content where the ad is longer than what you’re waiting to watch (and precaches faster), or all those Outbrain abominations.

It’s not really surprising that websites went down this road, as television and (to some extent) print journalism obviously have done well for decades with ad-supported business models. But I think there are some issues that make it much worse on the internet. 1) Low barrier to entry for ad content. It’s not always Sterling Cooper making this shit. A Virginia Slims full-page ad in a 1978 issue of Newsweek was at least well produced. 2) Interactivity of the medium – unlike TV and print, web browsers are capable of annoying you and fucking with you in all sorts of new ways. 3) Bugginess – with so many browser versions, iterations of Javascript and Flash, etc.,etc., it’s easy for all this stuff to break. A TV commercial never broke your TV…

The obvious way to go is for everyone to start paying for content they want. But I doubt that’s very realistic. Maybe as time goes on technology will solve some of these issues. But right now we’re in a dark period of overall web browsing experience.

These sites abused their viewers to such a degree that adblockers are finally becoming truly mainstream. Every time the people came up with a concept for non-intrusive ads, or things like Do Not Track, they completely disregarded our preferences.

Fuck 'em. I’ll laugh as their house burns down.

Holy cow that worked well. Now this is the way The Economist was meant to be read!

Still, seems like they could come up with a better solution themselves. Like well laid out ads. Imagine if when you bought a newspaper there was an ad glued to every page that you had to carefully and annoyingly remove. That seems to be where we are now. The want to make SURE you see that ad, no matter what. I want them to be profitable and get their revenue from wherever they need to, to continue paying writers … but yeah. Ads are out of control now. There needs to be an ad revolution.

Thanks for the tip!

One thing I would actually like, is if there was an ad-blocker that would actually download the adds, but still hide them from you. This way the sites would think they were really serving adds even though they just ended up in dev > null. I want this because there are some sites I do want to support, but really do have a crazy amount of adds or just annoying adds.

It’s not just ads either. Everyone is using those clickbait titles that open new sites or windows or a popup or are just annoying themselves. It’s like the entire creative world is being strangled by this crap. I need not just an ad blocker but a filter that kills clickbait and things that waste my time.

Which is most of the internet, I guess. drum roll

Anyway, thanks to Tom for running a good site. I see that Patreon logo up there, time to check that out. That’s the way to go.

Guap, this was from a tip off of reddit. Enabling the following improves the experience even more: 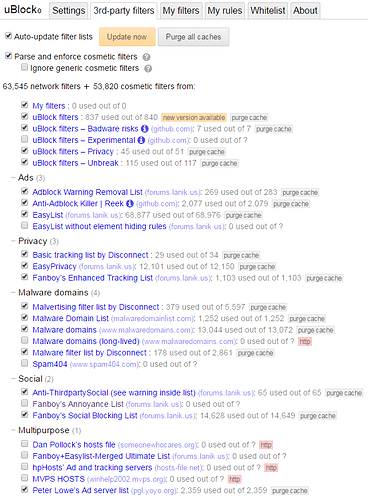 Still, seems like they could come up with a better solution themselves. Like well laid out ads.

That’s pretty much what I just posted. If the content producers hadn’t gone with abusive intrusive advertising, many of us would never have bothered to install adblockers.

They just couldn’t resist, and ads got worse over the years. From pop-overs to pop-unders, to animated GIFs to animated flash to streaming video with sound to full-blown interstitial pages with timers, they continued to abuse their audience until a critical mass decided it was simply unacceptable.

Now that you installed that adblocker, they essentially lost you FOREVER. You’ll use an adblocker until the day you die. That’s what happens when you only think in the short-term.

Now that you installed that adblocker, they essentially lost you FOREVER. You’ll use an adblocker until the day you die. That’s what happens when you only think in the short-term.

Well, to be fair, we are being just as bad in our short-term approach. For now we still have pages producing valid content, but more and more pages (with respectable / good journalism) are shutting down due to lack of income.

I sure will. I guess I was aware of ad blockers but some small brainwashed consumer part of me went “But how will they make money?”.

But eventually you irritate someone enough they just quit on you. I’ve been browsing with that ad blocker on and all the sites look normal again. The Internet is the Internet again!

You’re right. I will never go back. They’ve lost me forever.

Well, to be fair, we are being just as bad in our short-term approach. For now we still have pages producing valid content, but more and more pages (with respectable / good journalism) are shutting down due to lack of income.

Yes, that’s true. For example, I enjoy reading Ars Technica, but I do not whitelist them as their ads are distracting. I would float them a buck per month. But they don’t charge that-- they charge five dollars per month.

Now I assume they did their due diligence in market research and figured that the type of person that was willing to pay anything at all wasn’t price-sensitive, and priced it accordingly. But I guess I am price-sensitive, because $5/month is insanely expensive for a single website. If I paid $5/month for every site I visit, I’d be paying more for those sites than my entire cable bill.

Imagine if when you bought a newspaper there was an ad glued to every page that you had to carefully and annoyingly remove.

NYC papers like the Daily News and (shudder) the Post would have various ad stickers on the front page that you, indeed, had to carefully peel of so as not to just shred the page.

It’s not just ads either. Everyone is using those clickbait titles that open new sites or windows or a popup or are just annoying themselves. It’s like the entire creative world is being strangled by this crap. I need not just an ad blocker but a filter that kills clickbait and things that waste my time.

Hey, it won’t kill clickbait specifically, but there are some plugins for Chrome to flag out fake news articles: 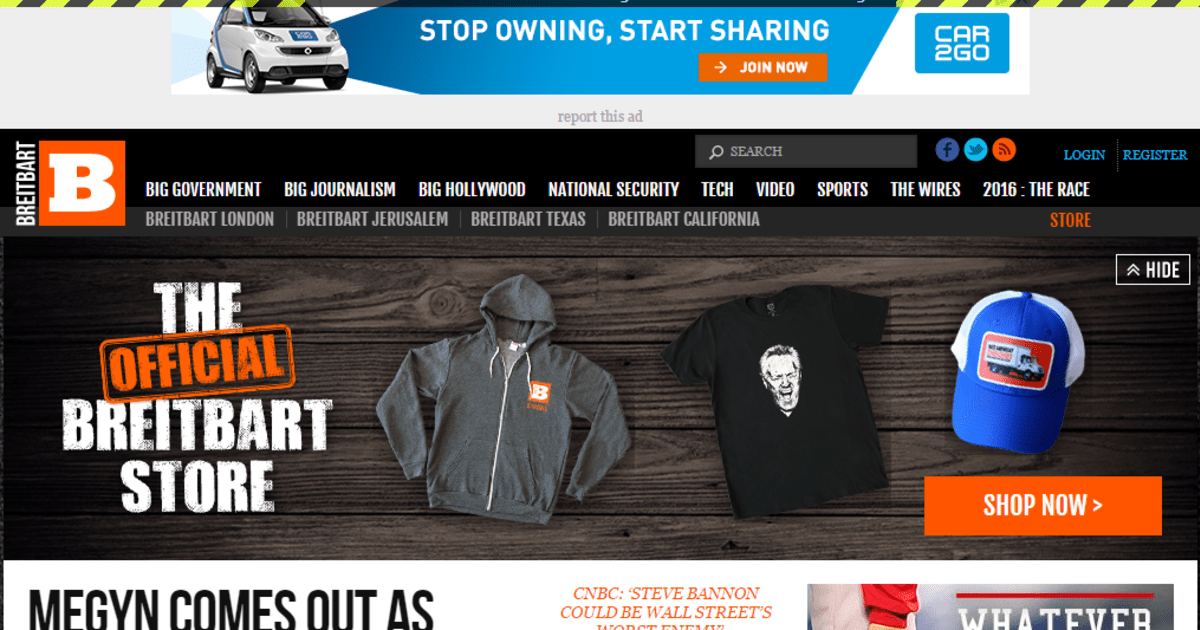 Both just flag stories from known fake news sites, but hey, it's a start.

And there’s also a reddit community dedicated to saving you from having to actually click through clickbaity headlines to see what the truth actually is:

Ha! I’m subbed to Saved You a Click. Good call.

Holy cow that worked well. Now this is the way The Economist was meant to be read!

And now, to get around the adblock-blocker sites, follow these instructions (scroll down): https://github.com/reek/anti-adblock-killer