Your perspective continues to be that of someone who maintains a powerful computer capable of playing the latest games at the highest setttings. That’s cool. Not all of us choose to do that.

Or, alternately, because they built an amazing backwards compatibility team two generations ago, and have been steadily building their hardware and software with that in mind ever since then. This is MS. They finally woke up and realized that a major strength of their core businesses (windows and office) is the lock-in folks have from earlier generations, and they should do it for their consoles, too. It ain’t rocket science.

Nah, MS has strongly committed to back compat for several generations now.

Also, I just bought an XSX, arrives next week. Want to mess around with Game Pass and couch gaming, even though I have an absurdly high-end gaming PC.

MS plays the remaster game too, what do you think Master Chief Collection was? Even on PC they just did Age of Empires.

I think Nintendo is really the only one of the 3 that isn’t at the moment.

PS has Godfall, and the ASTRO Bot pack in. And Demons Souls, if you haven’t already played it before. They’re about even so far.

I look at my large collection of PS and PS2 games and wonder when I will see this backward compatibility you speak of.

What about those Kinect games?

What about them? Are you seriously going to try to tell me with a straight face that Sony is somehow exceeding Microsoft’s effort at BC here?

Sony vastly improved, but it isn’t comparable to Microsoft.

I just hope that if, for some reason, Microsoft decides to depreciate the Series S and become an “X” only generation, they patch it with a full copy of Windows and turn it into a pretty nice SFF PC.

I mean, i’m not holding out for this to happen, you know.

MS plays the remaster game too, what do you think Master Chief Collection was? Even on PC they just did Age of Empires.

On the other hand, you can get all of them on Game Pass. So if you’re on Game Pass, which you should be, you’re not paying any extra for them.

How are you not paying extra if you’re paying monthly for Game Pass? It’s not a free service.

There was a conditional in Ginger’s statement.

I watched that Digital Foundry video on the FPS boost. That’s cool stuff. Glad to see the Series S perform so well in all cases as well.

Another area where I think MS is making great strides. 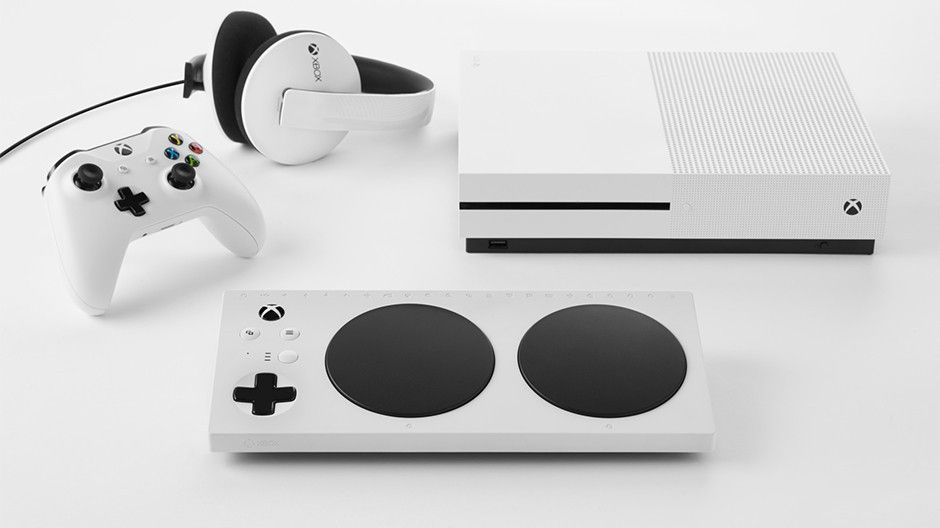 Microsoft is making one of the most positive moves for game accessibility in...

Developers can now send their PC or Xbox game to Microsoft to see if it's up to its accessibility standards and to find out ways to improve.

Developers now have the option to send Microsoft their Xbox or PC title and have it analyzed and validated against the recommendations provided in the XAGs," an Xbox Wire blog post reads. “Where issues are found, they are noted with reproduction steps, screenshots, and other information to help the developer understand what aspect of a given experience may be challenging for certain gamers with disabilities.”

The report generated from that process will also champion other non-profit organisations, experts, and documentation to help drive greater accessibility.

Sony did the basics for PS4 games. There’s nothing like Microsoft’s free 4K upgrades, Auto HDR, or multi-generational support. Any framerate enhancements for PS4 games are the result of the game engine being able to use the PS5’s more powerful hardware, rather than a deliberate effort on Sony’s part. Microsoft’s framerate enhancement tech is putting them ever further ahead.

If you discount the Playstation games that are getting multi-generational support and free 4K upgrades that statement is almost true!

To be clear I’m not saying that Sony’s effort is better or even currently on-par. But your claim is simply… not true.

If you discount the Playstation games that are getting multi-generational support and free 4K upgrades that statement is almost true!

Maybe we’re getting hung up on semantics. I will be more explicit.

Sony has no support beyond their last generation - PS4 - on PS5. We cannot insert a PS1, PS2, or PS3 disc and play it on PS5 - or PS4. Sony did support PS1 and PS2 games via digital download on PS4, but this has been omitted so far from the PS5. Sony supports a single generation for backward compatibility.

On Xbox we can play games from disc or download for the original Xbox, Xbox 360, and Xbox One consoles. Multiple generations are supported. Hence my factual statement that Microsoft has multi-generational support and Sony does not.

A few game developers - including ones owned by Sony - have offered 4K updates on PS5. Sony as the platform holder has never provided free 4K upgrades to old games.

I was referencing the fact that Microsoft - not game devs, although with their co-operation - has provided free 4K texture and geometry upgrades for 360 games like Red Dead Redemption, Crackdown, Assassin’s Creed, and Banjo-Kazooie going back to the Xbox One X as part of the backward compatibility program.

Sony couldnt do that of course because they don’t offer PS3 or earlier games on PS4 or PS5. I should have more clearly stated the distinction I was making.