Project xCloud: Gaming with you at the center - The Official Microsoft Blog

This is one of things that just kind of makes me shrug and go, “OK.” I get that it’s great to innovate and try new stuff, and that there’s a lot of competition in this space between Google, Sony, Amazon and MS, but I’m not sure that I really care all that much. It’s not like I’ve been jonesing to play Halo on my phone. Is there something awesome about this that I’m missing?

Eww, they’re using real Xbox hardware in the data centers like Sony does for PSNow. Seems like such a waste and such a short term solution.

It says they’re using customizable blades that can host component parts of Xbox hardware. Since Xboxes are basically little PCs anyway, that’s a weird detail to get hung up on.

Emulation runs the risk of weird incompatibility issues cropping up, especially in networking. And since the cloud is all about the network, it’s a big risk. Native hardware pretty much guarantees no issues.

Nvidia already have this service through gamestream. I have a Nvidia shield TV, I linked my steam account to the gamestream service and can then play certain steam games on the TV without using my PC to stream. I tried it with a few games like Yooka Laylee and cuphead and there are little or no latency issues. Best of all the service is free at the moment.

Hm, maybe this is intended to replace Play Anywhere? You could just be streaming the Xbox game content to any device, would no longer require porting the games to PC.

OnLive delivered cloud gaming a decade ago, but their business model sucked and they failed.

If anything, Cloud gaming is expensive to operate. Massive server farms all over the place to reduce latency to customers. Huge electricity bills.

MS is the 2nd biggest cloud company on the planet, so they can pivot to this fairly easily. It’s just surprising they took this long.

Isn’t this the one that will eventually cost some extreme amount, not even a flat fee per month?

Cloud gaming works great these days. It isn’t appropriate for games requiring fast twitch accuracy like fighting games and Super Meat Boy, but for everything else it’s pretty groovy. Modern hardware is faster, requires less power. and thanks to Twitch’s popularity can all encode 1080p video in realtime no problem.

Remember Microsoft, Sony, and Nintendo don’t make much if any money on console hardware. They make their nut on licensing and services.

So if you sign up for a Xbox Premium Game Pass for $40/month that also offers 80 hours of streaming gameplay per month and multiplayer on top of a bunch of included games, and you can play all of those games on your phone, computer, Roku, AppleTV, or FireTV… that’s an attractive service offering.

And on the licensing side, if Xbox Live Platinum costs $120/year and includes 80 hours of streaming gameplay per month and multiplayer but you need to buy all the games (but NOT a console!) , that’s a pretty compelling service too, and it gets them licensing fees to boot.

Are those purely hypothetical scenarios, or is Microsoft really planning to charge by the hour?

It makes sense I guess. The world is trending towards phones as the primary computer for all things including gaming. So they need to get higher end games to phones. Anyone tried Civ 6 on iPhone yet?

I doubt there will be a per hour charge. It would most likely be a subscription service, with a monthly or annual fee.

Completely hypothetical. They may not have an hourly cap at all. But yeah, it will definitely be a subscription.

I imagine it could depend on the market. Other countries might be more amenable to per-hour.

what I hate about arcade saloon machines is mettered play, it was great to buy my own machine and play unlimited time

Cloud gamming looks like a giant jump backward, removing the progress videogames have made in the last 30 years

They aren’t going to stop selling physical consoles anytime soon. Just buy one, and don’t worry about it.

Over time they will increasingly look like poor investments, suitable for enthusiasts only. But that’ll take years to bear fruit.

Well, what’s worse - paying $50 or so for a game you end up playing a couple hours and then just drift away from, or paying exactly as much as you play the game? I don’t know that I like one or the other better necessarily, but I can see the upside of both.

Isn’t this the one that will eventually cost some extreme amount, not even a flat fee per month?

It’s actually called GeforceNOW, my mistake, and is currently in free Beta, I am not sure what it will eventually cost though. A list of supported games are here: 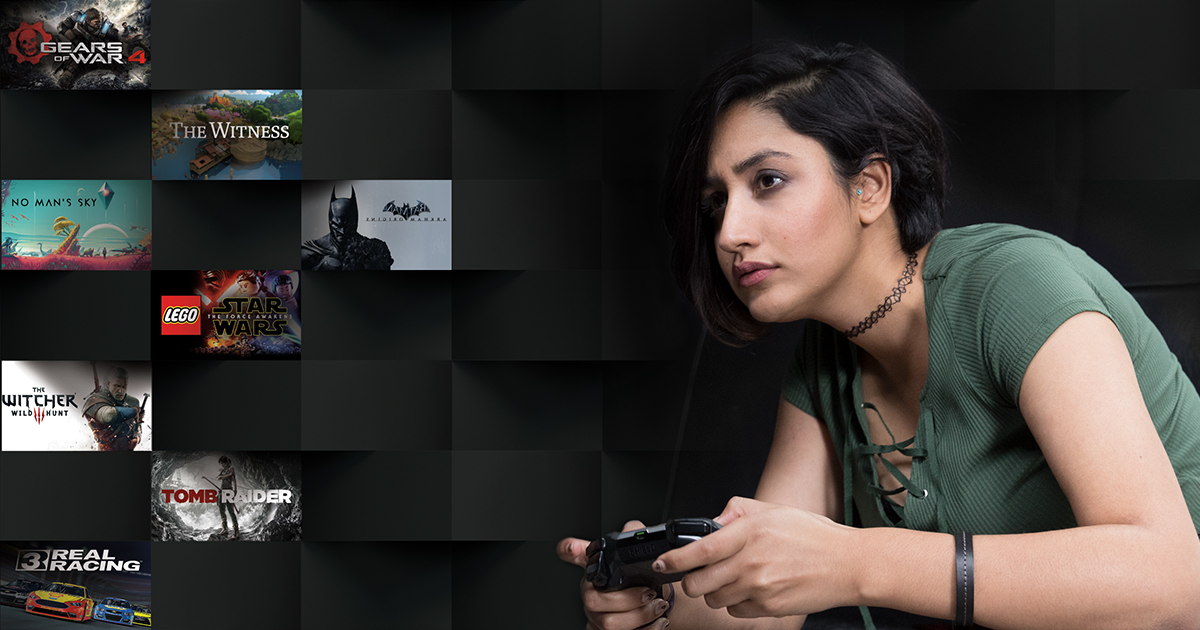 More ways to play cloud games, android games, or stream PC games from your computer to your SHIELD player or TV. Learn more.

Much like the Xbox Game Pass now, that won’t include every game, and probably won’t include the new shiny that you really want to play. Your brand-new Assassin’s Creed, for example. You want to play it, you need to pay sixty bucks.