Your Daily McMaster: league of changes 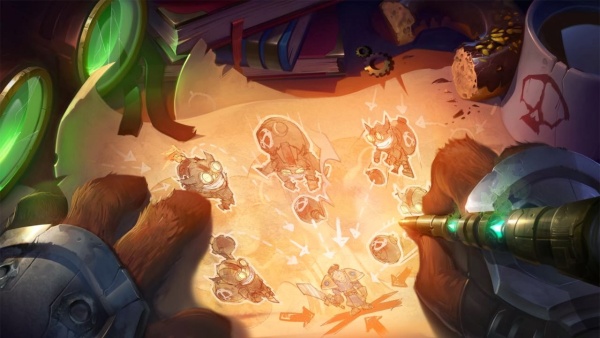 If you're like me then you spend a large portion of your day reading articles, watching replays and keeping up with all the minutia surrounding League of Legends..

Here's what I'd like to see: the community abandoning the strict idea of a "meta" where every game has to have a top bruiser, mid AP, bottom support/carry, and jungler. Remember the good old days when everyone could pick any champion they wanted and go to any lane they wanted? 2 top? 2 mid? Sure!

I realize that the "meta" is theoretically the most efficient setup, but the advantage can only be seen at like the top 10% of play. Heck, I'd say the bottom 50% of game don't even need a jungler. I can't count the number of games where we didn't bother with a jungler and went 2 top or even 2 mid (above the screaming protests of everyone) and ended up dominating. The outnumbered laner was starved of any farm, killed, and when their jungler finally showed up to gank we outleveled both of them.

I haven't touched LoL in months. Right now I'm playing the Infinite Crises beta. It's rough and unbalanced, but I'm still having more fun simply because it's new and everyone is free to pick whatever character they want and go wherever they want without pro mimics screaming at you to pick the "right" hero. You'd be amazed how refreshing it feels to go back to that like in the early days of LoL.

Some days I pine for the beta of League of Legends for sure. The meta can, and will, ruin games for a lot of people that just want to have fun with the game.

I'll check out this Infinite Crises thing you mention

They are actually going in the opposite direction - they will (perhaps inadvertently) be forcing the meta more heavily. They have already developed (and have placed on the beta server) a matchmaking system that has players pre-select their chosen role (e.g. middle, top, support). The system sounds much like a MMORPG dungeon finder system, where you claim what role you want and the system then matches you with four other players who want the other four roles.

I'm pretty excited about the role based match making!

the "meta" is like formations in a game of soccer. There is an easy go to established formation but it can be changed with a specific game style in mind. However if you mess with the formation without a deliberate goal in mind a team that plays the go-to formation and understands it properly (don't gank the 2v1, just feed the 1v1 and 2v1 lanes while controlling dragon and buffs) will usually win.

Agreed. Frankly, at least for solo play, the whole pre-game chat/role selection thing is a giant and clunky waste of time. The people are toxic, rarely (at least at the terrible ELO, where I am) is there any intelligent discussion toward team building and balancing, and it just becomes a 5 minute exercise of everyone trying to type in their desire role as quickly as possible and then bickering whether it's pick order or call order.

The role based match system should really accomplish the same thing, but with much less time and much less toxic arguing and griping.

Yeah. I think it will help a lot of people out. I just hope it catches on and does well.