Let’s start off with an oldie but goodie! 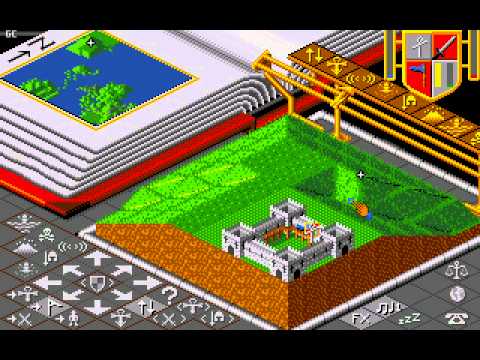 Did anybody mention Pop- … Oh, I see. Nevermind, then!

I had forgotten how much of that game’s screen space was taken up by the interface. And yet, it still looks really good today. Thanks for that screenshot!

The mini-map is almost as big as the playable area!

Coupons do not stack.

Coupons do not stack.

Do you think American Staples will price match Canadian Staples? Asking for a friend.

Fanatical has The Broken Sword Complete Pack as the Star Deal for $3.99 (92%). Includes all 5 games delivered as 3 separate Steam keys.

The Best of Bento Bundle is $4.99 and includes 12 Anime-themed titles ranging from RPGs to horror games to top-down shooters to fighting games.

A new Humble Choice Bundle is live. If you’re not currently a Choice subscriber ($12 for 10 games), you can pay $15 to select 3 games or $20 to select 9 games from the choices this month. It’s a good month, with choices that include:

$5 each for Two Point Hospital, Shadow of War and Graveyard Keeper or Bad North is a deal. $20 to get all four plus 5 additional titles is a steal.

Pretty happy with the Choice. I’m liking their mixture of high profile releases and interesting indie titles (I dont seem much chaff, although as a fighting game fan I would have preferred literally any other game in the genre besides SFV). Probably the best value in gaming for your $12 if you have wide ranging tastes.

Best Buy is having a deal through Google Shopping. 20% off an order up to $20. I just ordered a Nintendo Ring Fit Adventure for < $70.

Do you like farming games? Humble Store has a Farming Sale happening with steep discounts on several farm-themed titles including (Humble Choice subscibers will save another 15% off prices listed below):

The second set of FREE Twitch Prime Games for January are out.

Free at Epic: Sundered: Eldritch Edition, which I’ve been meaning to try, and @rhamorim has written nice things about it. (Next week, 7th best game of 2019 Horace)

Free at Humble if you sign up for their newsletter: Headsnatchers (me neither) 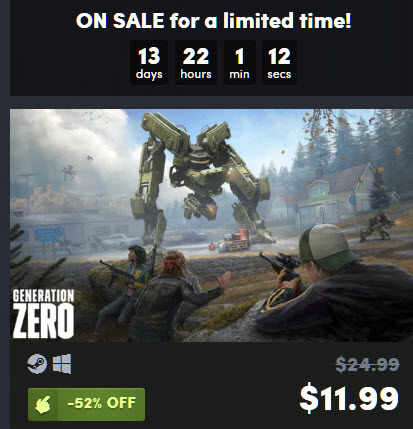 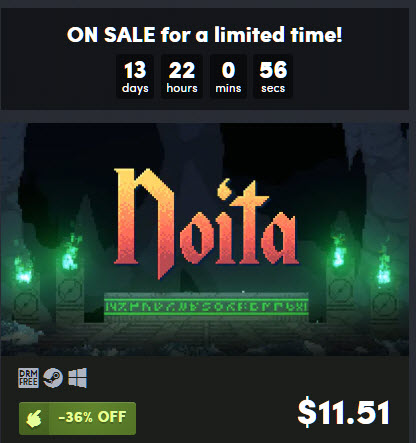 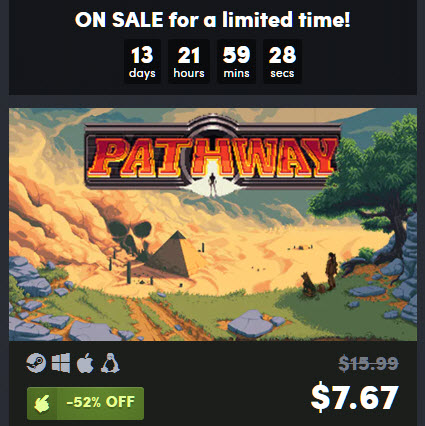 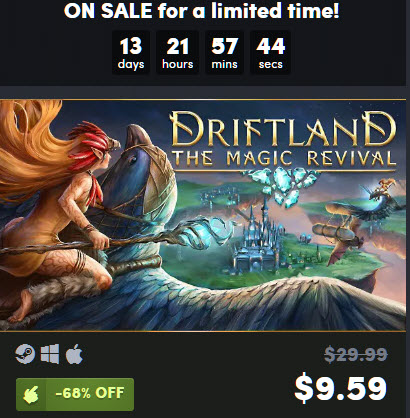 Save 25% with same-day order services - Target

Fanatical has side-scrolling RPG Regions of Ruin for $1.00 (92%) as the Star Deal today. That’s a steal.

They’ve also launched a Playway Mega Bundle for $3.99 which features 21 games and 3 DLC, none of which I’ve ever heard of.

Games I have heard of that Fanatical has on sale this weekend include:

IndieGala has a new Shade and Hate Bundle for $3.49 that includes Hatred, Daedalus : No Escape, and both Shadowgrounds games along with 4 other titles.

Indiegala also has a daily deal on Warhammer : Chaosbane for $19.99 (60%). Not quite a historic low, but pretty close.

Stardew Valley has been as low as $8.99 in recent sales, but for only a $1 more than it’s historic low you can tack on 6 additional titles, most of which are good games in their own right. Not a bad deal at all.

Meanwhile, the Humble Store has added Warner Bros., THQ Nordic and Deep Silver titles to their Winter Sale. I am disappointed however in the Deep Silver discounts, as I’d been saving up Humble Store credit that expires at the end of the month hoping for Pathfinder : Kingmaker on sale for the same $15.99 it was during the Steam and Fanatical Winter Sales. Nope, it’s $23.79 with Choice discount. Bah! Looks like I’ll be purchasing Pathway for $8.15 and maybe the Ashes of Malmouth expansion for Grim Dawn for $9.94 instead. The Forgotten God expansion for Grim Dawn is $9.51 as well. Prices all reflect Humble Choice additional discount.

Over at Fanatical, the Star Deal today is Devil May Cry 5 : Deluxe Edition for $24.69 (65%). Includes base game and 12 DLCs. Pretty sure that is a historic low for the Deluxe Edition.

Also just launched at Fanatical, the Kingdom Come : Deliverance Royal Bundle contains the base game and all 5 DLC for only $24.99 (38%). That’s a nice deal for anyone who has held out this long.

Also live, the GRIP : Combat Racing + Complete Garage Bundle which contains the base game and all 3 DLC for $16.75 (70%). Note to the Marketing Department : I had to look at that twice before I didn’t read it as “Complete Garbage Bundle”.

cdkeys has Horizon Zero Dawn Complete (PS4) for $6. I’ve always wanted to own the digital edition so what the heck.