Batman: Unburied - a Radio Drama on Spotify well worth your time

I was listening to a podcast and discovered this from a throwaway line about it being the top podcast on Spotify and originally believed it was a discussion about the character from some of the biggest names on the comics/DC side but then discovered it is, in fact, a mind-blowingly well told story (at least so far, I have just wrapped the second episode with two more aired ahead of me, and I don’t know how many are planned) with some incredible twists and turns. I don’t really want to say too much about it because I knew almost nothing going in and the surprises just keep dropping. I will say that going in I did know that in this “universe”, Bruce is not a costumed vigilante but a Forensic Pathologist. However, there is something very strange going on here, and more than that I will not say.

Think of it like an audio book with amazing production values, sound design, and voice actors, and of course it’s written for that format, so there isn’t really a narrator at all describing anything. I guess it’s actually not like an audio book, but more like one of those old radio dramas. In any case, it’s super good so far and I can’t recommend it enough.

Be warned - it’s graphic and while of course it’s all audio, punches are not seeming to be pulled. If this was a film it would be difficult to watch, I suspect. 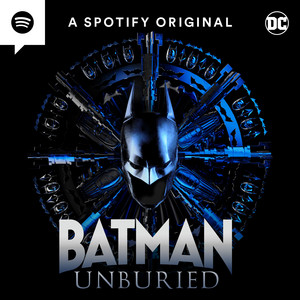 Listen to Batman Unburied on Spotify. Explore in more languages. A serial killer known as The Harvester terrorizes Gotham City, but Batman is not coming to the rescue. In fact, Bruce Wayne has no memory of being the Caped Crusader at all. Instead,... 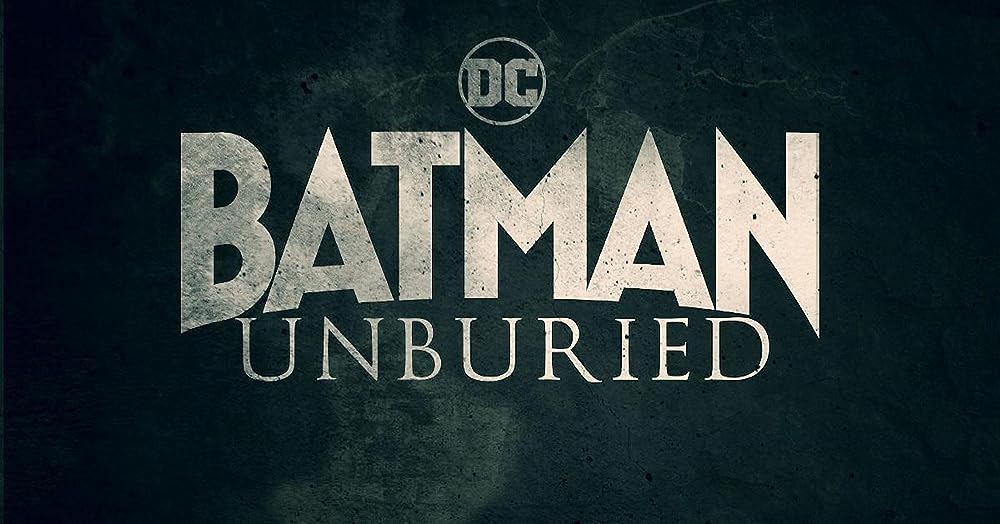 Batman Unburied: With John Rhys-Davies, Jason Isaacs, Ashly Burch, Gina Rodriguez. A psychological thriller which takes listeners on a "new journey deep into the mind of Bruce Wayne." Listeners are introduced to a Batman who is a forensic pathologist...

That sounds awesome! Radio drama is such a great art form, I’m so glad podcasting has resurrected it.

How’s it holding up, @Scotch_Lufkin? Have you made it further into the season? You mentioned it wasn’t pulling any punches. If it were a movie, would it be R-rated?

By the way, this isn’t some fan podcast, which was what I suspected reading Scotch Lufkin’s write-up! It’s an actual DC release, written by David Goyer. That’s not necessarily a plus, given that Goyer has certainly written his share of stinkers. But Goyer has been doing comic book stuff in general, and Batman stuff in specific, for a while now.

Honestly it’s so much better than I thought when I first wrote the thread. Just caught up with today’s two episodes and oh my. If nothing else, this is giving me a real appreciation for a character I had historically ignored.

A lot of the R rated stuff is incredible sound design. In a movie a lot of this would also be off screen is my guess, but it gets a bit gruesome.

not placed into the ground : not buried… See the full definition

It totally sounds like a fake word! Like sticking an “un” in front of a real word. :)

To be fair, it’s not a very helpful word since it applies to the entirety* of the living human population.

* give or take a few gruesome exceptions at any given moment

Those gruesome exceptions will henceforth be categorized as not unburied.

Those gruesome exceptions will henceforth be categorized as not unburied.

Now there’s an interesting thought exercise. If we take the whole of human history, what is the ratio of unburied to not unburied? Two to one? Ten to one? A hundred to one?

How many people have been not unburied throughout human history compared to the 8 billion people unburied today?

This is the weirdest thread. Guys, just go listen so I have someone to talk to about it!

Now there’s an interesting thought exercise. If we take the whole of human history , what is the ratio of unburied to not unburied? Two to one? Ten to one? A hundred to one?

How many people have been not unburied throughout human history compared to the 8 billion people unburied today? 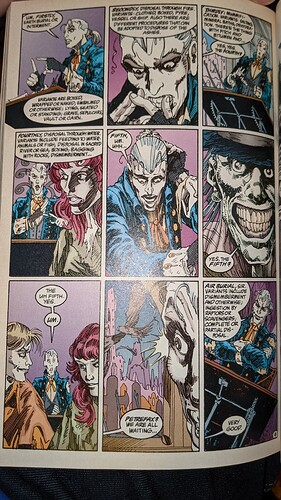 And then you have the Poltergeist scenario where they were never unburied but some jerks moved their headstones.

This is the weirdest thread. Guys, just go listen so I have someone to talk to about it!

I’m tempted but it’s got two things going against it:

I did look for the podcast yesterday on my podcast apps, but it must be a Spotify exclusive. I’m not opposed to subscribing to Spotify, but I already have a paid access to Apple Music courtesy of my bother’s subscription, so I’m staying away from Spotify for that reason.

I have the same pragmatic opposition to Spotify (already pay for and prefer Apple Music) but I also don’t like Spotify’s push into the world or podcasting.

There’s no denying Apple has until now controlled the podcast world by being the default directory—if your podcast isn’t a part of their directory it might as well not exist. But the podcast world has largely benefitted from Apple’s “benign neglect”. Technically podcasts started an open system of audio files distributed via RSS, Apple became the de facto place to go for them, but their hands-off approach also meant they were sort of double-de facto’d back into an open system even while using Apple’s directory for distribution.

Maybe that wouldn’t have lasted regardless as Apple increasingly pushes into services for revenue, but I still trusted them with podcasts and it felt like the whole podcast industry was open and decentralized even though Apple had a huge amount of control over it from the start.

You could still download and listen to podcasts from any device, through any app someone wanted to whip up to handle how they’re managed and played, save or do whatever you want with those files once you had them, and without especially invasive tracking of any kind for advertisers. And everything in this paragraph is what I’m convinced Spotify is going to ruin if they gain enough mindshare that they take the crown from Apple and it’s podcasts outside of Spotify that start to “not exist” to people.

I wish them failure in their endeavors, but I like Batman!

Spotify is free - you just have to deal with ads if you don’t pay. The link I provided in the op opens in a browser, is ad free (except the built in ads in the radio play, which can be skipped 10 sec at a time), and can be listened to on a phone as well

I have used Spotify for podcasts. It’s terrible at them and is possibly the worst service to be buying podcast exclusivity, so I try not to. And I pay for it as a music service, because it’s pretty good at that.

Yeah, Spotify’s podcast offering is very much some SVP Marketing decided that podcasting is a Growth Segment, so we need to Address the Market.

Not a single fucking clue as to how people actually consume the content.

I was annoyed when a podcast I listened to regularly (I use the Overcast app for podcasts) moved to Spotify (Armchair Expert with Dax Shephard). Now, just like games that are only on EPIC, I completely forget it exists until a 6 or something minute ad from Dax pops up to promote something on the old feed. I don’t use Spotify for podcasts either, but I do subscribe with a family plan as the kids and I all listen to it for music daily. All day at the office for me.