Black Adam - The Rock is anti-Shazam

Despite a strong start and being first each weekend, it seems this will end up as a “soft bomb” meaning it didn’t technically lose money in the box office versus the production budget, but it also didn’t make enough money to cover marketing nor did it hit expectations. 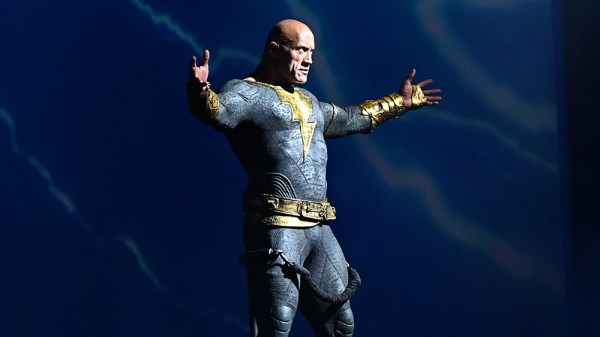 Consider this weekend the calm before the storm. “Black Adam,” a comic book adventure starring Dwayne Johnson, loomed over box office charts for the third weekend in a row with $18.5 mi…

After three weeks of release, “Black Adam” has generated $137.3 million in North America and $319 million globally. It’s a solid result, one that improves greatly upon another recent DC entry, 2021’s “The Suicide Squad” (which tapped out with $168 million globally while playing simultaneously on HBO Max in North America) and it’ll soon pass 2019’s Shazam!” (which earned $366 million worldwide). However, the latest Warner Bros. standalone superhero story still has ways to go to justify its massive $195 million production budget.

$195 million production budget, plus another $150 million for marketing, puts the movie’s box office performance slightly below the total studio spend. Unfortunately for WBD, the movie will not get theater play in China on top of that, which could’ve added another $100-$200 million.

So say we all.

We saw it on vacation on a bad weather day and it was ok. I’m pretty burned out on super hero stuff myself, but eh. The only thing that really stood out was Pierce Brosnan. I generally don’t like him, but holy crap he owned the hell out of that movie.

I quite enjoyed it, although I went in with expectations set from the reviews. Loved The Rock playing Black Adam. I wasn’t familiar with Black Adam going in (other than the trailers) and thought he was a fun character. Pierce Brosnan was great as Dr. Fate. Hawkman on the other hand was pretty annoying character-wise (acting was fine). I mean there’s being a straight-arrow and then there’s being ridiculously uptight. If that’s his deal in the comics then fair enough, I did not like his character though.

I had a good time and did not mind paying a premium price for it. I wanted to watch a fun, not very serious action movie and it delivered.

There’s like two or three completely different versions of Hawkman in the comics. One of them is an alien from a warrior world which I think makes him pretty humorless. That’s probably the version in this movie.

I watched it today as well. Based on the trailer, what I’d heard about it here, and, frankly, just the fact that it was DC, I really wasn’t expecting to like it very much. But I actually enjoyed it pretty well, much to my surprise! It was entirely predictable, but it was actually pretty…fun, which is something DC needs.

Wish I hadn’t already known about the stinger. Would’ve been a great surprise!