This came out on got off on is now available in early access. I’ve had my eye on it forever, because I love weird sci-fi and this game looks absolutely gorgeous. Just look at the screen that greets you when you start it up.

It plays as a slower, more thoughtful tactics game. Units move and attack in a manner similar to Advance Wars but there the similarities end. Your infrastructure (the buildings that produce your units and generate resources) are all built by yourself rather than being pre-determined buildings on the map that you merely capture. Instead, we’re capturing and controlling territories - each only able to support a small number of buildings, so there’s definitely an impetus for you to expand. Complications here arise in that factories and refineries need to be connected via supply routes, and those built too far from one another will need dedicated supply depots connecting the two.

On the plus side this allows you to move unit production to your front lines when and where needed. Also cool is that upgrading your supply routes also allow you to redeploy units at long ranges, which is much quicker and less tedious than slowly and manually moving them across the map.

I’ve barely scraped the surface of it, have yet to even try the factions other than The 111th Reign of Harmony and Prosper (led by the Shotar of Mars, who has a really bitchin’ hat). But this game is so very me I’m already deeply in love. Looks like they’re going all-in with mod support in future too, so this will likely be a game that keeps on giving.

Some screenshots from the first level:

I will also be watching this one.

However, in the spirit of this community, note that this is the Early Access release

I’ve reported the creator of this thread for Inappropriate content, Trolling, and Early Accessing :E

The thread doesn’t have inappropriate content. It contains trolling, but not by the OP. Though I’d agree with the Early Access violation!

I got got by the first line, because I read it that it had just come off Early Access, then I clicked the Steam store link.
I’m still recovering! Making people excited about unreleased stuff has been made illegal in Europe since 1989.

They see me trollin’, they hatin’.

“Is now available in Early Access” works for me. The game looks beautiful.

I feel personally attacked by this thread. And I think I like it. 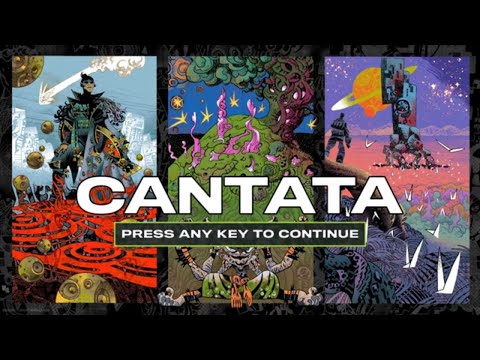 Ooh, the satisfying crunch of Rts gameplay, but with the soft sponginess of turn-based tactics? Count me in!

Damn shame you hooked and crooked me with it being early access though….

I like the Phase 3 plans, for controller (and Steam Deck) support. :)

I’m wishlisting until then.

This interview with the dev on Three Moves Ahead got me very interested, even before this thread!

Also might I ask/suggest you also put early access in the title of the thread as well?

People should probably just give up on the idea that indie games are ever “done.” Even the ones that reach the fabled 1.0 often continue to get substantial changes beyond that.

Hold on guys! Before anyone gets too excited, I heard something about this game.

I’m sorry I just felt that adding it to the title would prevent a lot of the whinging we’re seeing.

I’ve just spent two hours with it without noticing, and although it’s busy on the micromanaging front, there is a lot of great stuff in the game already.
First and foremost, you can (and probably should) customise and construct a sexy logistics network. I need to emphasis on this. The logistics are quite simple, but super sexy. There is a chain of ressources that is really straightforward and simple, and it’s all built around nodes and the flow of those ressources to get those checkboxes checked so you can build sexy military hardware. A bit like Slipways or Star Ruler 2 if you wish, although for the interface is much, much less elegant (pretty rough, even) right now.
What I found brilliant in those early hours of the game is that there is a single basic ressource from that planet from which everything is yielded, but that ressource is very finite, and the hunt for it became very quickly my prime motivation. Without that spice flowing, you are basically dead, and its pursuit sprang an immediately powerful elan to my exploration and domination of the planet. It might be only me, but that motivation is often very much lacking from similarly minded game.
And here is another brilliant idea: to mine that ressource, you need to control zones. to control zones, you need to thoroughly clear them. To clear them you need a steady flow of units, units that, like Foxy said, can be easily moved through your logicistics network.
I have rarely got such a motivation to simply keep moving forward in a game. So much that, in a very unlikely way for me, the micromanaging of the many units actually didn’t bother me.

This is also helped by little story bits that make the whole setting quite intriguing. The aural soundscape is also very much to my liking, with dynamically changing rhythmic pieces depending on what you focus on the map. It’s really eerie and alien.

It might be much too simple for a lot of the more grognard inclined crowd, but for me it’s been pretty much a perfectly balanced experience so far.

Hah hah, I almost did a thread yesterday, but in the end I just did a post in the indie games thread before Tom would shout in my ear “it’s Early Access!”.