he’s literally referred to as “The Protagonist”, in film. :)

I never felt the need the watch the movie again. It was pretty dumb indeed, with just a lot of powder thrown around to attempt to hide the monolithic nature of the characters’ motivations. Especially Kenneth Brannagh’s, dear lord.

Interstellar I disliked profoundly on my first watch, yet felt the need to watch it again a month later, and been in love with it since then.

I’m sorry it didn’t work for you either!

I’ve taken in a bit more commentary and it helped me remember the things that I genuinely appreciated about the film. The imperturbability and portrayal of cool of the protagonist in the first half are really awesome; his unflappable domination of the thugs in the restaurant, and his cool when sitting down with Branagh at the nice dinner are particularly great. Robert Pattinson’s whole role as the sidekick is great - he’s louche and odd. I also love the casting of the Priya character, and the fact she’s a woman.

And the setpieces. My god. While neither freeway sequence (forward or backward) did much for me, and I thought the end was quite boring (until the final part with the cage in the cave, which was all-but incomprehensible and therefore exceedingly boring), every other sequence was just amazing. The Oslo freeport fight was awesome the first time through, and simply amazing the second time - elevated both because of stakes/character build up AND the change in focus.

The reverse bungee jump is magical, too.

And then there’s the hilarious flex of staging the dialogue between Kat, Protagonist, and Branagh on the catamaran/glider boats. Can’t just have a scene where people grouse at each other, no; they’ve got to be running around on a boat as the camera dives and swoops while they verbally spar. My wife and I both made jack-off gestures and laughed (but were also really impressed). In all the action sequences I love how fast everyone is running, too. I don’t often see that level of sustained dynamic physical push from actors; it’s both impressive as hell AND helps sell the stakes of each scene.

And The opening opera house sequence is only marred by confusing double/triple crosses (who’s planting the bombs? why?) but the energy, kinetic camera, escalating threat, and sheer speed of the performers is breathtaking. This was my pick for our Surprise Movie Night (we trade picking a movie we’re interested in that we think the other will dig), and I kept looking at my wife during this and finding her frozen, rapt.

What a great spin on regular movie night.

What a great spin on regular movie night.

It’s really weird how well it works. Normal movie night we descend into ‘what’s easiest’ and usually spend 20 minutes scrolling before settling on something dumb and safe. Surprise Movie Night has a sense of anticipation, and we’ve watched some really interesting, challenging stuff, like both Uncut Gems and Good Time (more than a month apart for gods sake, we’re not crazy), good thriller fare like Intacto and Invisible Man, and even recently Dirty Dancing, which I hadn’t seen since I was 11. It’s good!

I used to do that with VHS rentals back in teh 80s with a good high school friend. We’d alternate picks, with the other in mind, hoping both would be happy with the selection.

I tried this with the wife when we dropped cable and started streaming services. I went first with the Walking Dead, which did not please the wife. She paid me back when it was her turn with Glee.

I’ve had something like that going on with a friend for seven years now. We take turns picking streaming films that neither of us have seen, and then meet over dinner to discuss. It’s been fantastic for exposing me to films I wouldn’t normally check out, and forcing me out of my comfort zone when digging for potential picks myself. It’s awesome.

I am in total sync with your take on TENET, as well as Nolan, and it’s made all the more frustrating for me because it’s clear Nolan knows how to do this. As you mention, Memento works beautifully, even though the premise alone could induce a headache. The Prestige is an amazing film that does the same thing - it’s enjoyable on its face as you experience it, and then the end hits you and it changes everything on subsequent rewatches. The same with Inception - now that film hasn’t aged quite as well as the other two, but at the time I was just gobsmacked at the audacity of the movie and saw it in theaters three times.

I hope he gets back to his previous self because he’s one of my favorite filmmakers.

I watched this last night and really enjoyed it. I think it’s my favorite Nolan film since Inception, at least. I’d have to watch Inception again and Tenet several more times to really compare them, but it feels like a step back in the right direction after Interstellar.

Watched Tenet via HBO this week in a few sittings.

Hard to get through, very dry but interesting sci fi conceit. How you make this as boring as you do, is incredible.

Nolan should not be allowed to write dialog ever, this treads very closely to 80’s action movie territory with a few sections.

At best it felt like a nu-Bond slick action movie, at worst it felt like it was so fucking full of itself I couldn’t stand it. It is a very clever concept, and boy does it want you to know how clever it is, by bashing you over the head with it. Like 90% of the dialog is exposition. The villian is super predictable, and his motivations for ending the world are… if I die you die? I mean… ok… Seems like that could have been explored more.

What REALLY irked me, is that upon learning of the conceit of this film, I just realized it is a 200 million dollar version of the Red Dwarf episode “Backwards”

Which was way more fun, still involves a very cool and unique sci fi premise, and doesn’t bore you to death with details and complications. 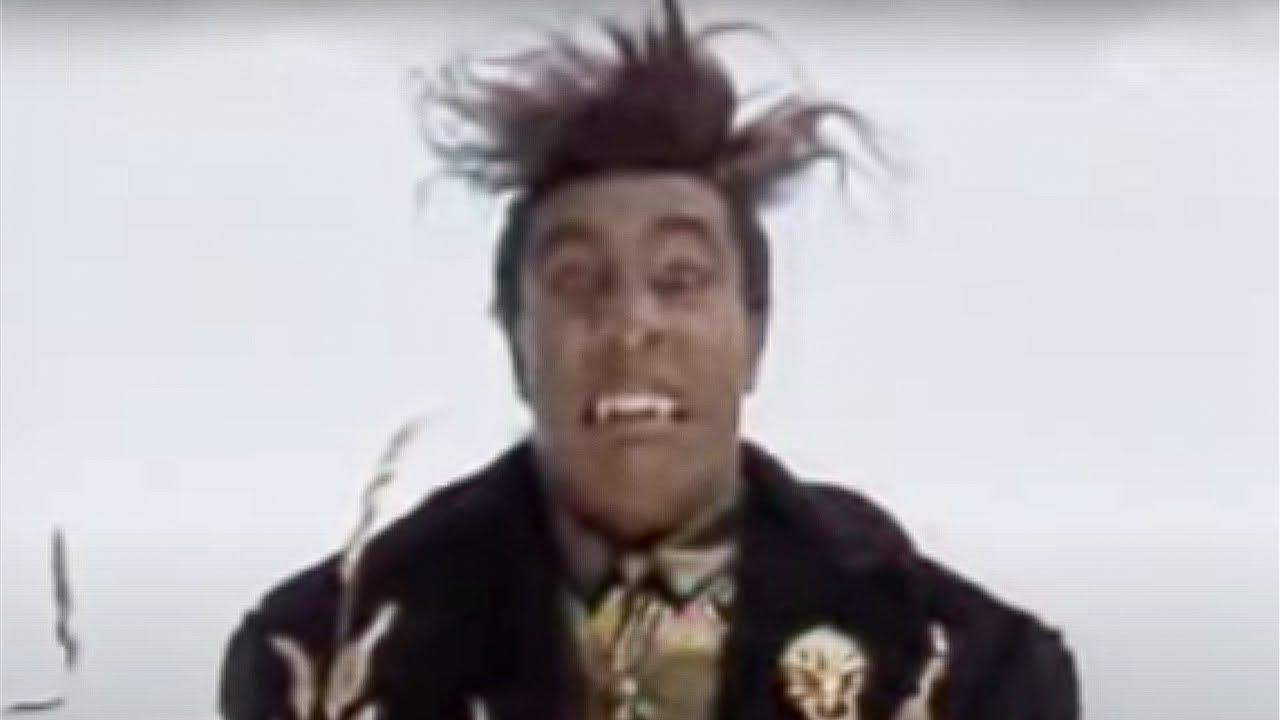 The “bar-room tidy” is like way better than any action sequence in this movie. 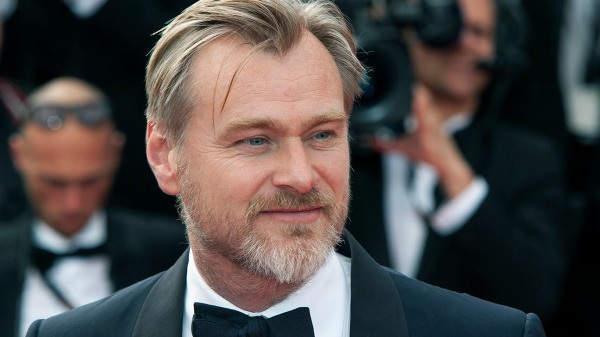 After a trek to the director's Hollywood Hills compound, Universal, Sony and Apple learned he wanted total creative control, at least a 100-day theatrical window, around a $100 million budget, equal marketing spend, 20 percent of first-dollar gross,...

I don’t get it. An Oppenheimer movie will certainly appeal to me, but I don’t see it to be a huge box office hit. A blackout period for the studio 3 weeks before and 3 weeks after release of the movie. This sounds more like Nolan is afraid of (inhouse) competition…

He’s not afraid. He just wants to maximize his take of that 20% deal.

He’s also a purist who believes in making movies for the big screen. He’s not a fan of people watching his movies on a TV or phone.

He’s also a purist who believes in making movies for the big screen. He’s not a fan of people watching his movies on a TV or phone.

Sure, but I think we’re discussing that blackout period he was asking for in his deal. He doesn’t want any other movie from the same studio cutting into his 20% first dollar gross for his BO run.

Ah, right, yeah. I was thinking you were talking about the theatrical window.

An Oppenheimer movie will certainly appeal to me, but I don’t see it to be a huge box office hit

Indeed. Though with a budget of 100M, it doesn’t sound like just a standard biographical movie. Unless he’s spending 50M on building an authentic nuclear bomb to use for a shot.

But I think the bidding war aspect isn’t about just this movie, but a hope that when Nolan sticks with them for future projects with more commercial appeal. 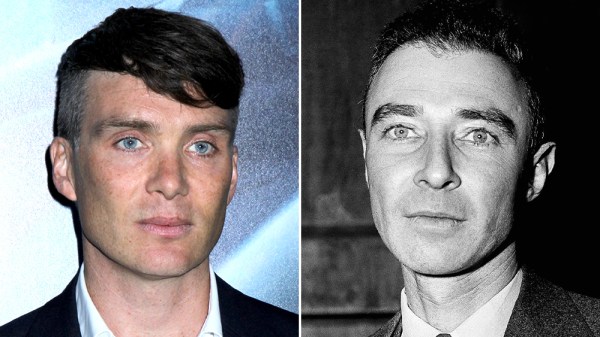 Following a heated bidding war that led to his next film landing at Universal, Christopher Nolan’s Oppenheimer has not only found its star to play the titular role but set a date on when audi…