Basically my response to any city builder. So many fail.

I want something that looks like Cities Skylines but the brutal difficulty of Shadow Empire.

I am not sure what I want from a city builder. Back in the day, I played tuns of Sim City and Sime City II. However, I didn’t play all that much Skyline. I dunno why, it just didn’t hold my interest. Maybe the challenges were not all that interesting or was hard to fail.

I want something that is like Settlers 7, but called Settlers 8. :) I loved the original formula for it, which got stale, but 7 did all the right things although I know many people did not like how much it changed the games.

I can’t seem to get my version of that which I purchased as it has been removed from Steam and I couldn’t find how to play it through the UBISoft website. Is UPlay still a thing? I just remembered that. Maybe I could Google.

Of course, Steam has the new “History” version, whatever that is, but I don’t want to buy it again.

However, I didn’t play all that much Skyline. I dunno why, it just didn’t hold my interest. Maybe the challenges were not all that interesting or was hard to fail.

I played it for a bit until I had a fairly big city that I would tweak and optimize, but for me it seemed like a really well done current version of any city builder. It’s definitely the best I have played in a while, but I want a AAA game that branches from the Sim City formula. That said, some of the Indie ones on Steam are pretty good, but not quite there.

“Before we leave” looks pretty interesting. I watched much of that video, and I liked what I saw. Anyone playing it?

Not me. Curious what others think.

I played it when it first came out on Epic. It’s fun, and enjoyable in that laid-back non-violent city builder way. I did find that once you moved off the first planet, though, it got a bit grindy-samey for my tastes and I got a little tired of it. But I feel like I got my checks Epic 17 hours worth of money out of it.

I’ve been meaning to go back now that they’ve added some things and see if it’s any richer in the mid-game.

Thanks for the read-out! Tempting. :) 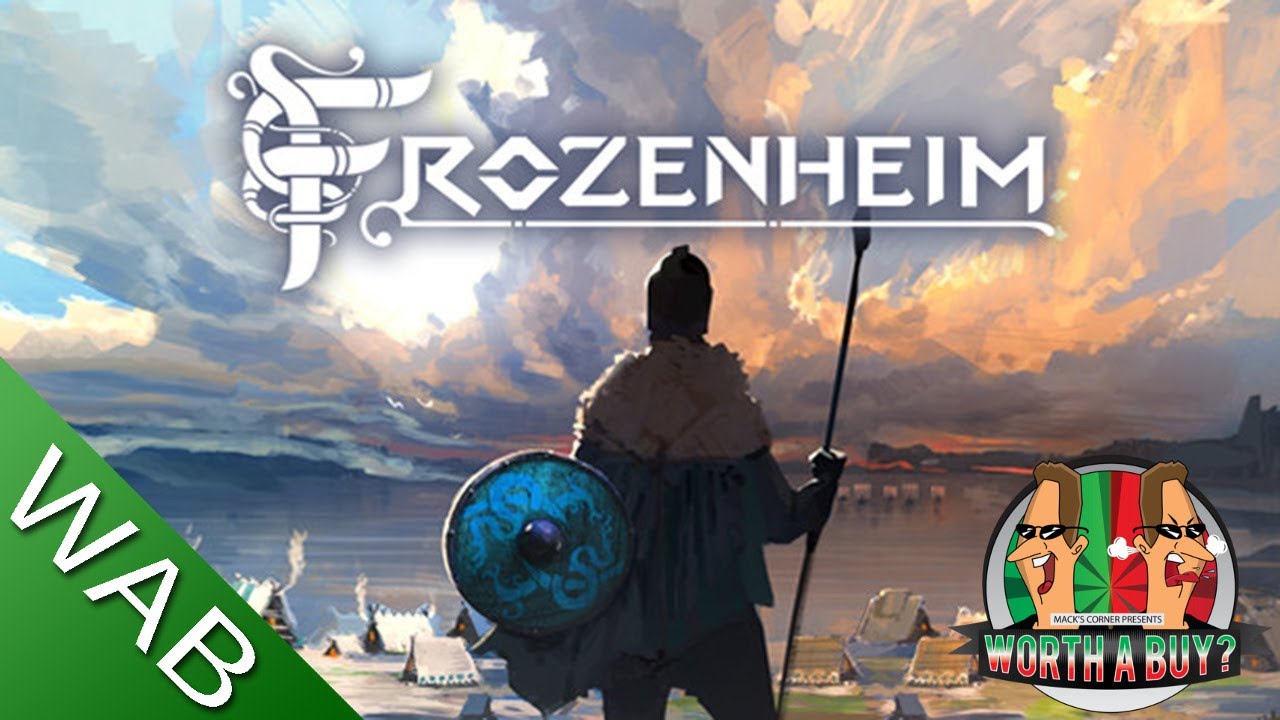 Don’t know if it was mentioned before:

So, uh, apparently Mashinky is beginning to move into that weird A-Train niche of being a train game that features many aspects of a city builder through indirect and direct player control over urban development. The forthcoming update, currently in testing on the experimental branch, bringing with it a major overhaul to not only the visual appearance (50+ new buildings) of towns and cities but also major gameplay implications.

City update is available on Experimental branch. Feel free to give it a try!

Do the characters have different personalities, traits and needs? As Rimworld and Dwarf Fortress?

I’m bouncing many colony managers lately, and I realized that they do not have this feature. The way emergent narrative works in both games thanks to the hyper-detailed personalities of each individual is what I enjoy the most.

I don’t think there is much social interectacion in the game yet, i do know its one of the planned features (its in the roadmap they posted a few days ago). The character selection is a straight copy of rimworld’s, showing skills, traits and backgrounds. Seems like religion is going to be a big part of their personaly, either christian or pagan.

Thanks, that roadmap surely is interesting. But for now, it looks a bit barebones so I’ll wait and see. My backlog will thank me.

Don’t know if it was mentioned before:
Save 10% on Going Medieval on Steam

This is getting decent Steam reviews. Lots of comparisons to Rimworld, which isn’t a bad thing. @MrCoffee is there enough here in early access to warrant a purchase?

Don’t know if it was mentioned before:
Save 10% on Going Medieval on Steam

This is getting decent Steam reviews. Lots of comparisons to Rimworld, which isn’t a bad thing. @MrCoffee is there enough here in early access to warrant a purchase?

Edit Link issues
Save 10% on Going Medieval on Steam

I didn’t manage to play much, i wasted a lot of time fiddling with the map types to see the differences. There’s 3 maps so far, a valley that is mostly plains. Valleys, Hillside and Mountains with different resources in them (more ore types but less trees/farmland basically). There’s also 3 modes, standard, peaceful and survival mode.

I finally settled with a hillside since it had a nice balance of terrain and managed to built a little wooden fortress with battlements so my archers could shoot the raiders. I know there is a research tree with improvements and new tech you can make but i didnt delve much into it.

It was fun, and shows a lot of promise. I just bought it, it was too cheap for me not too (I’m from Argentina and most of these games are less than 5 dollars for me).

Quill18 is doing a let’s play you can check out: 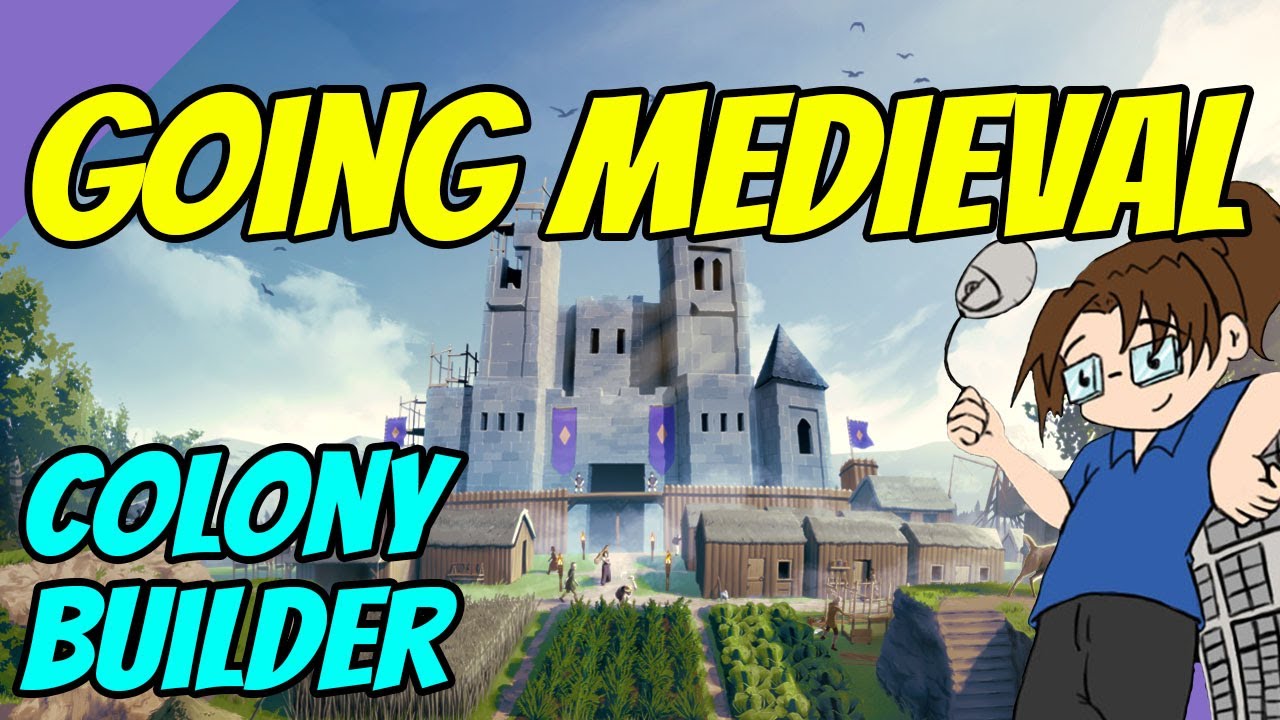 Thanks. This turned out to be a perfect place to use my Epic $10 coupon, so I got this for $12.50. I’ll report back after playing a bit, but from the videos and reviews, this is very much a Rimworld clone, so easy decision since I loved that game.

I concur. I did the same thing. Here’s to checking it out soon!

To be honest, after watching Quill play it I can’t think of any reason to play this over Rimworld. It seems very early/rough and still lacking in plenty of features. I suppose it isn’t bad value if you use the Epic coupon and have a fair amount of confidence that it will improve as they develop it more.

I played this a little bit last night, and honestly, it’s almost embarrassing how much they ripped from Rimworld. It’s almost a direct clone, just in a new setting. Maybe when they add more content it will start to separate and find it’s own groove.

I played for a bit last night and this morning. I thought I lost my settlement when everyone passed out from heat exhaustion, but they eventually got up and mended themselves. It will be interesting to see how the game progresses in early access. I think it will be worth the $12 I have egs.