The Edgerunners show takes place in 2076, about a year before the game.

I finished it and it is very good. I also watched the supremely hyped Cowboy Bebop earlier this year, and I had way more fun with Edgerunners. Of course, it helps that it has quite a fast pace and no filler whatsoever. It packs an emotional punch. And it made me want to replay the game a lot, but I will wait for the expansion.

Wouldn’t mind getting season 2 about different characters, and hell, perhaps even different location, Cyberpunk universe should be bigger than just NC.

Back to cross-platform saves, the huge drag is that they only go from console to PC and not vice-versa…the reason being that going from a more restrictive to a less restrictive platform is OK but not the reverse.* So be ready to either fork your playthrough as of the point you start playing on PC and continue it on both platforms independently, or abandon the console one entirely.

*despite the official lack of support, when I was futzing around trying to get my Xbox saves to show up in my GOG PC version, a playthrough I started on PC as a Nomad, going with the default male character model, showed up fine on the console as of the moment after the initial rescue where you meet Jackie in front of your building for tacos or whatever. None since, however.

Are there any must have mods out there now that mod tools have been released? 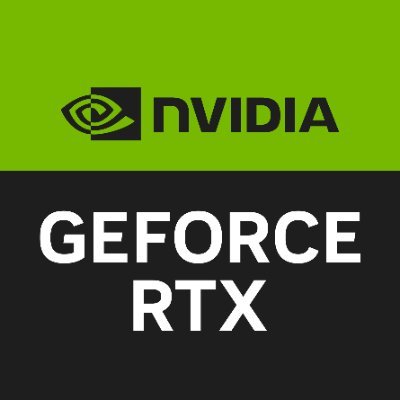 @NVIDIAGeForce
Experience Cyberpunk 2077 like never before with the stunning beauty of new Ray Tracing: Overdrive Mode & up to 4X performance increase with DLSS 3. #BeyondFast https://t.co/p3g2SviSKL

Also, sorry, didn’t mean to step on @soondifferent’s post, and color me interested in any such must-have mods as well!

Are RTX Overdrive and DLSS 3.0 for last generation cards too, or only the upcoming 40xx?

Are RTX Overdrive and DLSS 3.0 for last generation cards too, or only the upcoming 40xx?

Thanks - sorry to read that!

I’m otherwise happy with my 3060 Ti, although maybe there’s an argument for upgrading every 1-2 cycles while resale value on the old card is still decent. My past upgrade cycle was around 5 years!

Are access points supposed to be rare or am I just not spotting them? I think I’ve only run into two or three in a 20 hour game so far.

Also, what does ping do for me besides maybe show other baddies/devices momentarily? Does it let me navigate to someone/something I can’t see directly and hack them or is that functionality reserved for cameras?

I shifted away from hacking completely early on, but Ping was good for locating access points. It briefly highlights everything (or at least a lot of things), but if cameras–for example–were connected into an access point somewhere, after the brief illumination of everything, there would be a second short effect where the “matrix” effect would show a bunch of glowy lines all converging on the access point.

Possible there’s more to it that I didn’t get into once I ditched that for a sandevistan.

Ping can locate all the bad guys in an area so you can know where to shoot/hack/whatever I guess. Access points are all over the place, often behind boxes on shelves and stuff.

Tough to see difference between ‘Overdrive Mode’ and the RTX we’ve had on Cyberpunk for 2 years, but I imagine we’ll get further explanation in short order. I am curious to see relative numbers when they crank DLSS to quality mode instead of performance.

About that mission where you pay off Viktor the Ripperdoc-- does it involve something beyond forking over 21 grand?

Don’t think so, didn’t for me anyway. Just have a chat, pay your debt and leave.

Thanks. I was hoping it would at least bump one of your stats or something.

I’ve never not paid him back, so I wonder what happens if you don’t? Ah here it is: nothing, except you can’t use him as a ripper doc later in the game. Doh.

BTW, I gather T-Bug also died during or immediately after the Heist mission. Who is presumed to have caused that? Dexter DeShawn?

No, it’s Arasaka security. You find that out if you talk to the software vendor Wanaka sends you to for your free Ping soft.

Ah, guess I should listen to the dialogue more carefully, because I did go to that vendor.