Dang it! My kid wants a FIFA game. HELP.

My son loves soccer, and unfortunately he’s beginning to get into looking up individual soccer players and picking his favorites, and his favorite teams.

He really wants me to get him a FIFA game now.

However, talking to another dad whose kid plays FIFA 17, I come to find out that not only do you have to shell out the sixty bucks for the game, but you pay extra for players. This other kid has apparently spent upwards of $300 on player acquisition.

Here are my questions, if anyone here has experience playing these games:

I really kind of despise this business model, but it is. When I told him about this, my son asked me, “What if I write to the company and tell them I think this is unfair?” He kind of reminded me of me at this point.

Anyway, your thoughts on this would be helpful. I’ve never had to navigate this kind of purchase.

you also didn’t mention for which console or pc.

if he has no friends, get the pc version.

there apparently is some trading-card-based meta game ‘fifa ultimate teams’ or something in addition to the offline/online multiplayer game.

no, with fifa/madden/nhl it’s never a good idea to get the previous year if you are playing with others.

The modern iterations of FIFA come with a secondary virtual trading fantasy sports game FIFA Ultimate Team. It’s entirely optional, but very popular. There is a brisk underground trade in FIFA UT points and packs, and there is some real-world crime associated with it. (A common crime is stealing someone’s credit card, racking up thousands of dollars in FIFA UT points and then selling the packs on the black market.) Depending on what you think your son can handle FIFA UT may not be a great fit because it is straight up gambling.

The regular FIFA game is the main 3D sports action sim we’re all familiar with. The latest FIFA will have the latest team rosters for the beginning of the season. If you’re familiar with Madden NFL, it’s very similar. Pick a team, go through a season, battle other teams, get to the World Cup and win. Or play individual match-ups with no seasonal arc. This can be online or off. Against AI or another human.

There is a free demo available on console and PC if you want to check it out first.

you also didn’t mention for which console or pc.

He has plenty of friends and plays with them at their homes. He wants to play at home too. Can we play together on a console? He prefers to play any game with others (he’s very much a social gamer, like his dad).

FIFA Ultimate Team is the thing with IAP. The core FIFA game is just like any other sports game - pay once and you get that season’s line-ups.

If your kid wants to play as his favourite team, he can. But I wouldn’t let them anywhere near Ultimate Team myself.

yeah i wouldn’t let him near any of the IAP-encouraging Ultimate Team stuff.

FIFA comes with all the players they can license for things like playing games, playing the career mode and management mode and so on.

However, as rei mentions, there’s then the “FUT” mode, (FIFA Ultimate Team), which is where you could end up spending sheds of money. Basically you get given a team full of really average, (“Bronze” and “Silver”), players and a couple much better “Gold” players and you can play this team against the AI, against friends, or against the general public online.

These players will be on contracts for your team for [x] number of games and when they’ve played that many they either leave or you can use in game currency to extend the contract. you earn the currency by playing, or through a few other methods during certain events.

Obviously, there’s a desire to get the best players onto your team and the primary/fastest way this happens is by paying real money to buy packs of player cards, which is where your friend’s dollars will be going. You don’t know what’s in the packs, so you can spend a lot of money chasing that one player you really want.

So if your kid wants Leo Messi, the good news is if he plays as Barcelona in any of the regular game modes, Messi will be there. However, if he wants Messi on his FUT squad, he’s going to have to open packs and then landing Leo is down to how much money or luck he has.

Thank you so much, Telefrog and Ginger_Yellow. I didn’t realize there was a distinction.

I suppose I can just research the game to find out if the core FIFA game has the two players he wants, then.

You don’t know what’s in the packs, so you can spend a lot of money chasing that one player you really want.

Yikes. My kid has four notebooks full of Pokemons. So I know what this means.

I suppose I can just research the team to find out if the core FIFA game has the two players he wants, then.

If the players are currently playing on real teams, they should be available in the normal (non-scummy) game modes.

If he could buy two players from the team, then the whole team is in the core game.

Yikes. My kid has four notebooks full of Pokemons. So I know what this means.

There’s a lot of game in FIFA that doesn’t need any of this, just tell him to say no to FUT.

Plus, like all of these games, you could technically get all the cards you want without spending a penny. In much the same way that I could end up on a date with Kate Beckinsale without being rich and lucky.

There’s a lot of game in FIFA that doesn’t need any of this, just tell him to say no to FUT.

Okay. So I’m seeing that “FUT” (great acronym, guys) is a mode–not a separate iteration you buy–based on what you all are saying. If we buy the core game, then we can avoid it. I’m wondering how easy it is for a kid to avoid going into the scummy version of the game, as Telefrog puts it.

Plus, like all of these games, you could technically get all the cards you want without spending a penny. In much the same way that I could end up on a date with Kate Beckinsale without being rich and lucky.

Thanks for making me smile. My son was pretty upset when I explained how I thought the game worked, and it got me kind of down too. I’m not interested in him getting into a money sink like this, but I appreciate the way you all have laid out the distinction.

I’m wondering how easy it is for a kid to avoid going into the scummy version of the game, as Telefrog puts it.

That I don’t know. Sorry. I guess the better question is, “How easy is it for an unattended child to accidentally wind up in it?” 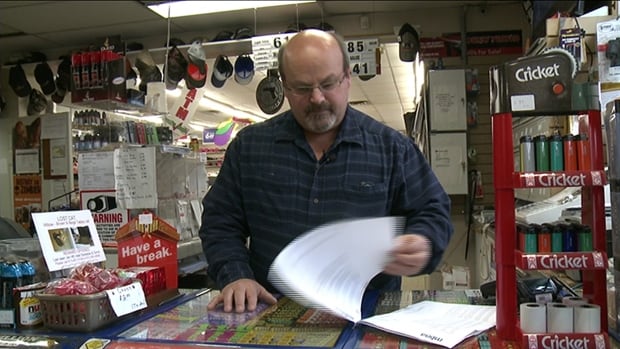 'It floored me': Ontario dad gets $8K Xbox bill due to son's in-game soccer...

Pembroke, Ont., dad Lance Perkins says both he and his 17-year-old son were shocked by the hefty bill generated by in-game transactions on a soccer video game.

If he gets good enough then he doesn’t need to spend any money. The game will probably be reduced soon as the football seasons are getting towards the end.

If you don’t mind grey market sites then you can pick it up for around $36 for xbox one here:

If you don’t mind grey market sites then you can pick it up for around $36 for xbox one here:

I don’t know what “grey market sites” means but I’ll look into it. Thanks, Alex.

I’ve bought keys from them several times and not had an issue, you can ask Tom what he thinks about buying keys from these sort of places. 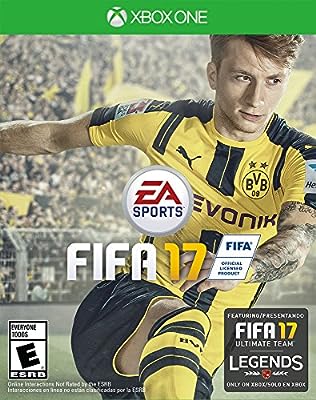 Okay, I’ll do that since I don’t know what “these sort of places” means and I’m sure he’ll have some insight.

I think after I pick my kid up from school we’ll look to see if his players are available in the core game and go from there.

“How easy is it for an unattended child to accidentally wind up in it?”

That’s not a worry. My kid is great in this regard. And he prefers to always be playing with somebody else. This is why I get roped into Halo Reach so much.

Whoa. Thanks for that link! Feeling much better now.

[Sidebar based on @Chappers link above: why is the version for Xbox One less expensive than the one for the 360?]

Showing my ignorance again. I appreciate all the help with this.

My kid insists he only wants to buy two players from his favorite team, but I know that’s not the way the psychology of this actually works.

You got serious dad smarts. :} No help, just saying.