Kojima Productions’ Death Stranding, the enigmatic game revealed at last year’s E3, is an open-world experience with online interactions. Before Hideo Kojima’s appearance at Sony PlayStation’s pre-Tokyo Game Show pree event today, it was assumed that Death Stranding was going to follow the Silent Hill model from which it seemed to be derived. During Kojima’s keynote address, he revealed that Death Stranding, while sharing a healthy dose of Norman Reedus, is actually an open-world action game and not a typical hallway horror game. The black substance seen in the E3 trailer was not oil or X-Files goo, but actually strands representing the connections between players. These “death strands” are a manifestation of the online links players will have as they play the game. Kojima hopes to create a new kind of multiplayer gameplay that’s not specifically adversarial or cooperative.

This is a companion discussion topic for the original entry at http://www.quartertothree.com/fp/2016/09/13/death-stranding-doesnt-just-norman-reedus-everyone/
Telefrog December 2, 2016, 1:42pm #2

Hey, the thread title was right!

Mad Mikkelsen and Guillermo del Toro, plus a baby in a pod!

Here is the mindfuckery of the TGA trailer.

This just continues to look more and more bizarre. I’m still on board though – Kojima’s one of those people where I want to see everything they make, regardless of whether or not I think I’ll like it.

Well, that makes about as much sense as I would expect from Kojima. But it’s got my attention, can’t deny that.

That was really confusing up until the very end, but I think it’s probably an open-world sequel to Princess Maker.

I’m always left wondering if him and Del Toro working together would have added up, or would have just cancelled.

Sooo… basically, this is a package delivery game?

It’s fucking bonkers is what it is.

What did I just watch

So this is who Jamie from Snatcher was modelled after!
But Kojima still can’t afford Sean Connery as a villain yet.

They’re obviously very proud of their CG, but that bit with Léa Seydoux eating the grub is just, wrong.

Coming out this november!

OK, so now he’s got Nicolas Winding Refn in addition to Guillermo del Toro. I still don’t have a clue what the heck this is all about, but I’ll definitely be watching streams of this, it’s too nuts to skip. 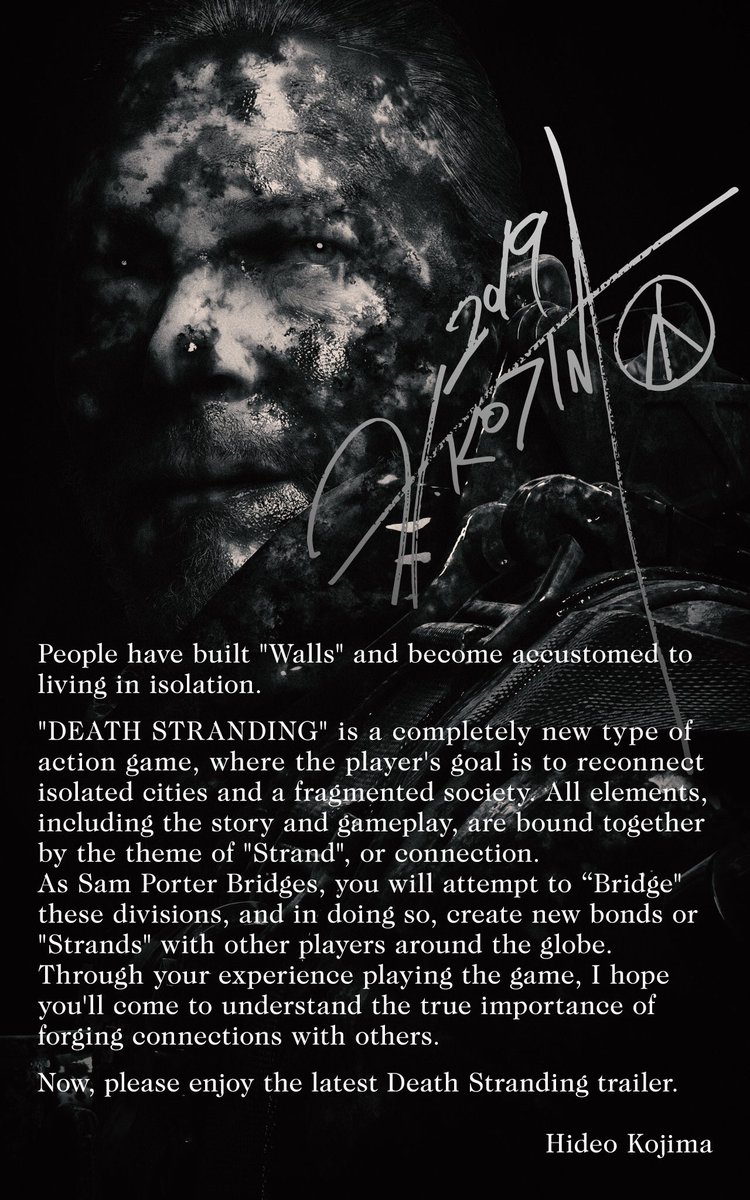 People have built “Walls” and used to live in isolation. “DEATH STRANDING” is a completely new type of action game, where the player’s goal is to reconnect isolated cities and fragmented society. All elements, including those of history and gameplay, they are bound together by the concept of “Strand”, or connection. As Sam Porter Bridges, you will try to “Bridge” these divisions, and by doing this you will create new links or “Strands” with others. players all over the world.

In the course of your experience with the game, I hope you understand the true importance of bonding with others. Now, enjoy the new Death Stranding trailer”.

And a little more marketing copy available at https://www.playstation.com/en-us/games/death-stranding-ps4/ 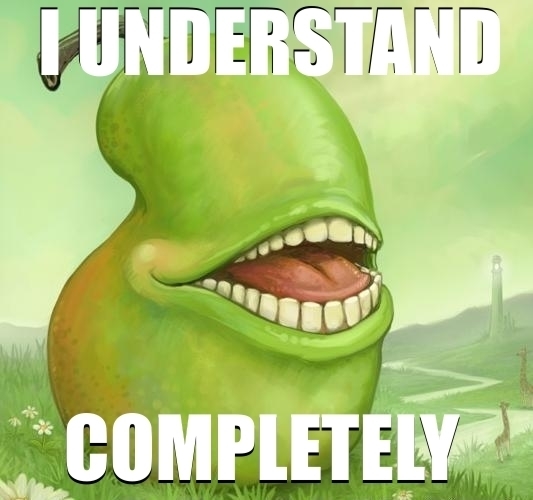 As Sam Porter Bridges, you will try to “Bridge” these divisions…