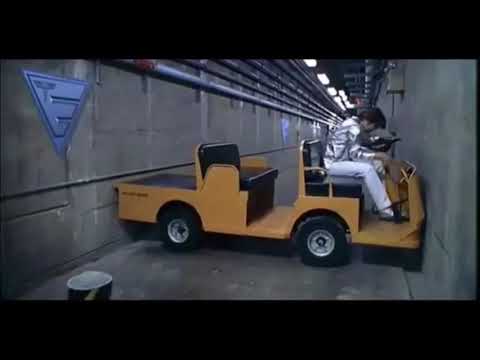 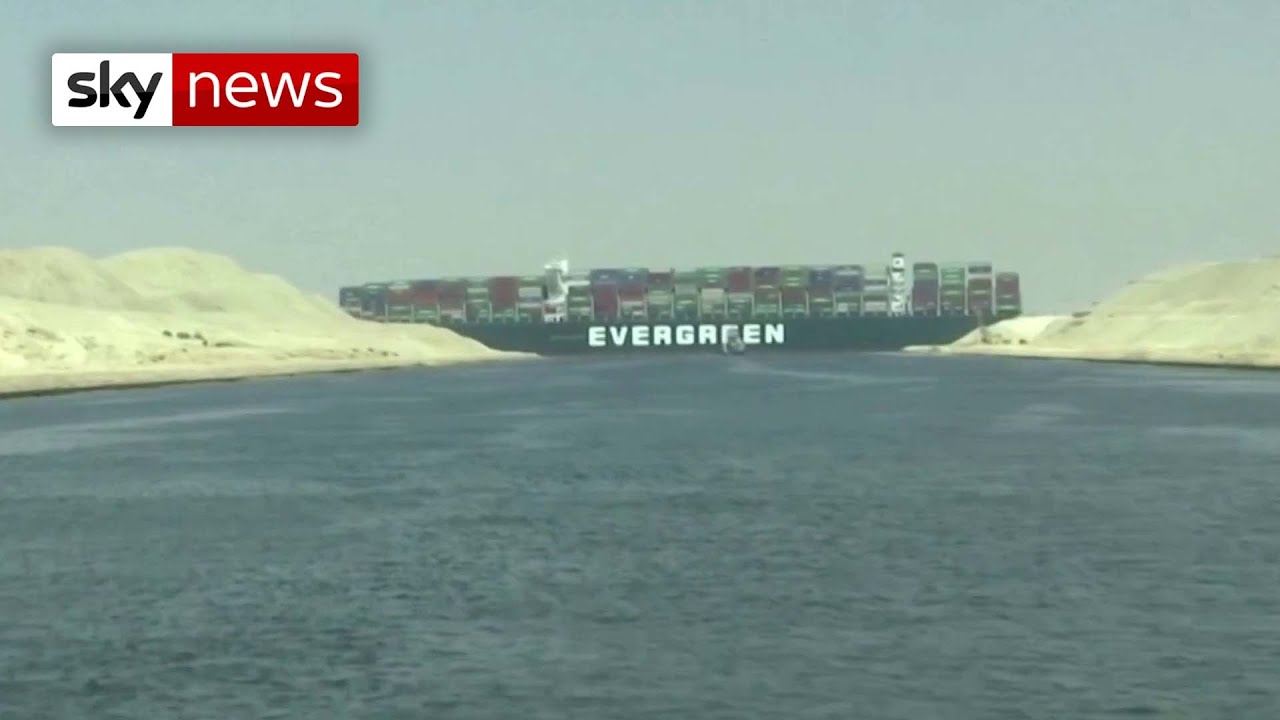 They should try adding more water.

Is the man directing ship traffic to blame? 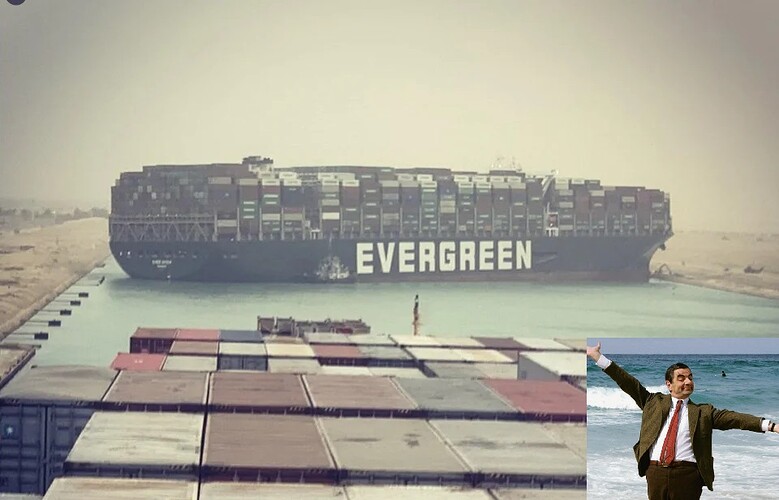 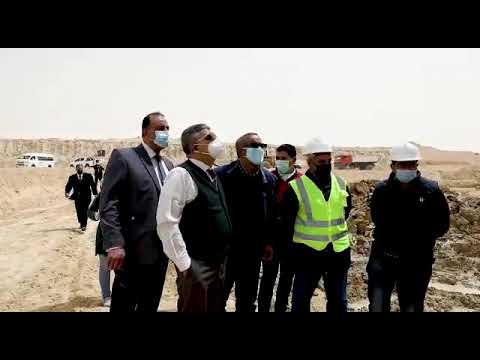 Where is @BiggerBoat , we need expert level explanation of the situation.

If the ship sinks and it destroy the world economy, is going to be the most dumb topic for a movie ever.

Imagine the movie about this very slow dumb disaster

That boat was too damn big.

I fully expected this to be scored to the Curb Your Enthusiasm theme.

Edit:
Ok, did it myself: 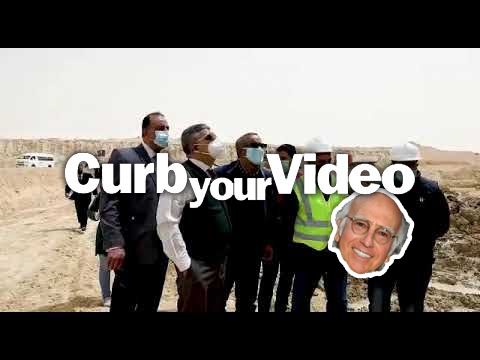 Don’t worry guys, they’ll have it free in no time! 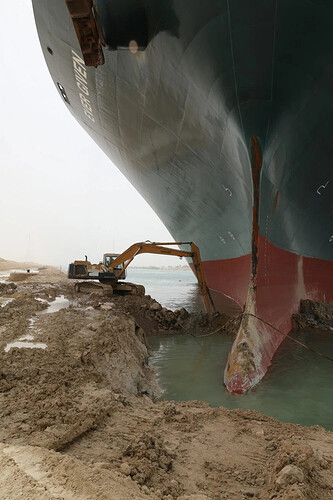 there a “your mom” joke in here somewhere.

This is what a container ship looks like under the water. https://t.co/AqxcHjcUP8 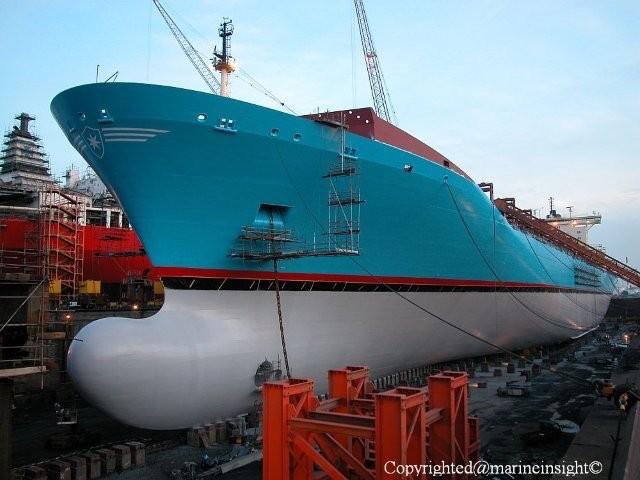 not the same type of ship, I believe

Is this ship still stuck?

You know that ship, the one possibly still stuck in the canal. Is it still there? Find out that, and really only that, at this website.

This really seems like a “You had one job…” type of situation here. Is this the thread where we post all the Suez Canal memes? 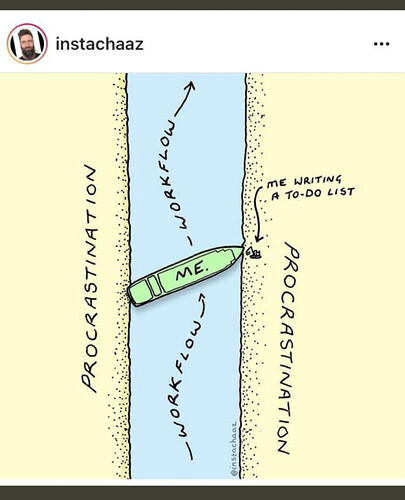 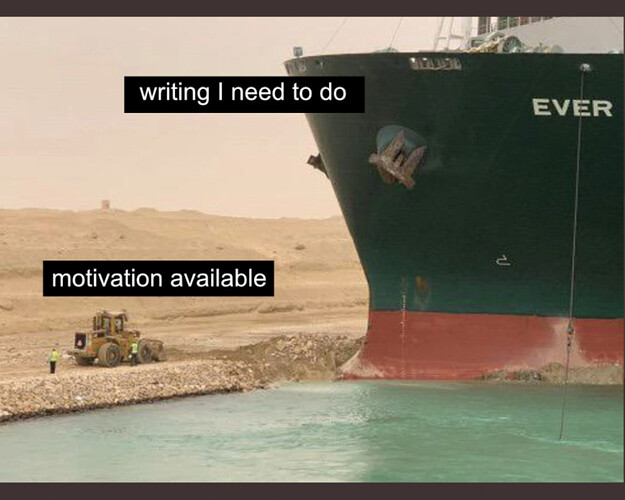 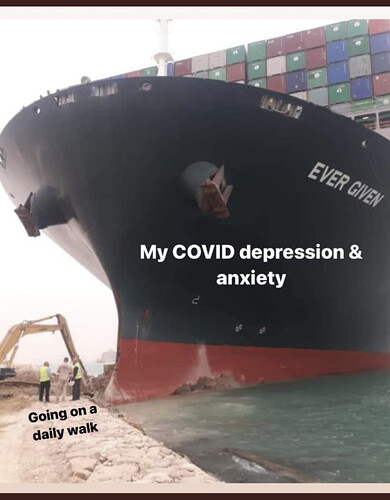 The best photo I can find of one of her class showing a bit of what’s under the waterline is this one: 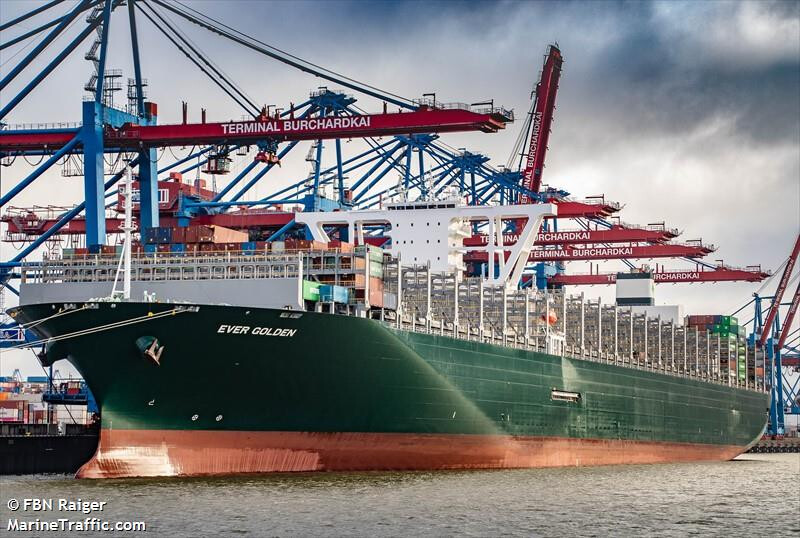 It looks like it has a more standard bulbous bow than the one with the uptruned bulb in that picture. Though it’s impossible to tell how far it extends under the waterline. It could easily extend to the same length as the deck extends above the waterline. Plus she’s probably grounded not just starting where the bow broke through the wall, but the side of the channel is probably a mudbank that even more of the ship is sitting on. Even the best dredged channel is going to silt up on the sides, and the Suez is probably not the best dredged channel.

As I mentioned in the WTF thread, they are saying they’ll have it unstuck this weekend. Divers and suction dredges are being deployed. They only have a couple of hundred thousand tons of mud they need to move.

Edit: might as well throw the marine tracking line in here too: 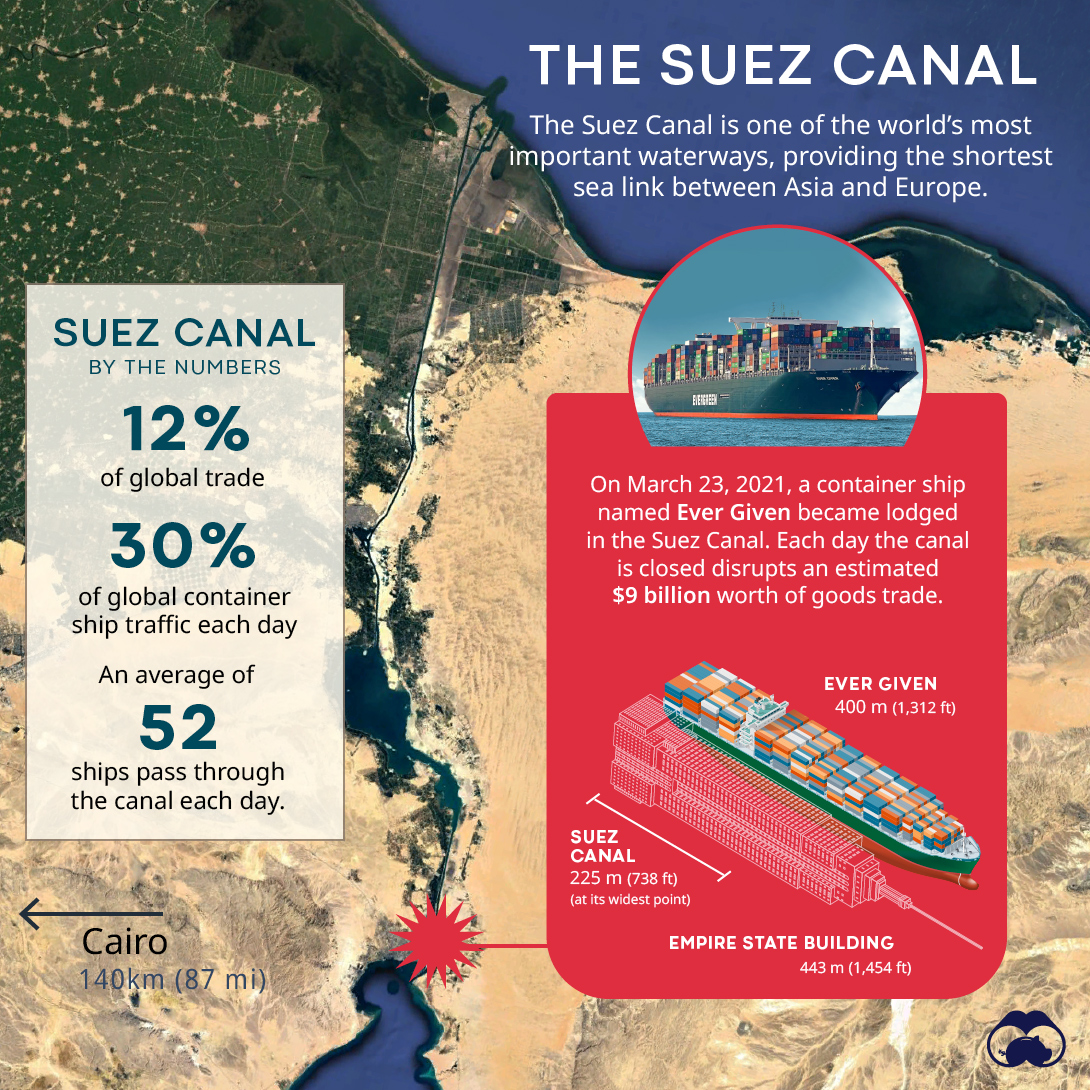 The Suez Canal is an important waterway, connecting trade between Asia and Europe. Here are the details surrounding its blockage.

Here are the details surrounding its blockage.

Have they tried feeding it Cracklin’ Oat Bran?

So I haven’t read anything about them trying to unload some of the cargo to get her to float higher. I wonder if 1) they’re already doing this, I just haven’t read about it 2) she’s mostly empty 3) it’s too hard to do/won’t make a noticeable difference.

Also, this is a perfect opportunity for one of the big truck companies (Chevy, Ford, maybe Tesla) to show a video of their truck towing her free. Would be an amazing commercial.

So I haven’t read anything about them trying to unload some of the cargo to get her to float higher. I wonder if 1) they’re already doing this, I just haven’t read about it 2) she’s mostly empty 3) it’s too hard to do/won’t make a noticeable difference.

I think they are delaying that, because that have his own risks and the moment you start doing that, you are looking at weeks long delays

Yeah the problem with that, I read, is that there is not a suitable floating crane suitable within Egypt. So there would at least be a few days delay on starting that simply to get the required equipment in place.

As mentioned they can’t unload cargo since there’s no crane capable, plus they can’t really unload much fuel and/or ballast because that could make the boat dangerously top heavy. A capsize would close the Suez for a really long time.

it's probably worth noting that whoever stuck that boat in the suez canal probably did more damage to capitalism than the last couple decades of anti-capitalist protests twitter.com/AntiFashGordon…

find someone to hold you as tightly as the Suez Canal holds that boat, and may your union also do millions of dollars of damage to capitalists 🚣‍♀️ 🔥 🚣‍♀️

The salvage company working to dislodge a giant container ship stuck in the Suez Canal says it could be weeks before the vessel is freed — raising the possibility of major disruptions to global commerce. https://t.co/rZyg9hI9VL
next page →