What would Carl Sagan say… 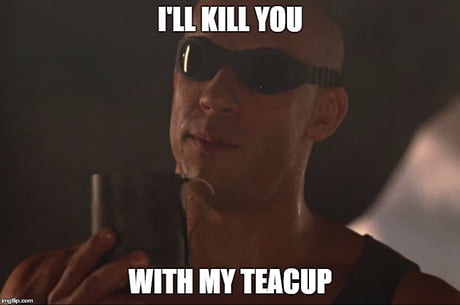 Vin Diesel Is 53 and Still Shifting Up

The star (and creator) of F9 is an action hero, a family man, a trailblazer, and much, much more.

One previous family member who doesn’t appear in F9 is Dwayne “the Rock” Johnson, who first showed up as Luke Hobbs in Fast Five (2011). It’s a bit of a messy story, with vague tales of discord on the set and Johnson calling unnamed male costars “candy asses.” In the end, all parties chalked it up to family squabbles.

“It was a tough character to embody, the Hobbs character,” Diesel says. “My approach at the time was a lot of tough love to assist in getting that performance where it needed to be. As a producer to say, Okay, we’re going to take Dwayne Johnson, who’s associated with wrestling, and we’re going to force this cinematic world, audience members, to regard his character as someone that they don’t know—Hobbs hits you like a ton of bricks. That’s something that I’m proud of, that aesthetic. That took a lot of work. We had to get there and sometimes, at that time, I could give a lot of tough love. Not Felliniesque, but I would do anything I’d have to do in order to get performances in anything I’m producing.”

Imagine getting notes from Vin Diesel on your acting. I can’t blame Dwayne Johnson for getting a bit riled up.

Imagine getting notes from Vin Diesel on your acting. I can’t blame Dwayne Johnson for getting a bit riled up.

On an emotional level, I see what you’re getting at, but I have no idea how to act, but as a viewer, I can still recognize good acting. Vin Diesel’s acting ability shouldn’t have anything to do with whether he’s not seeing what he wants to see out of a character as a Producer.

Vin Diesel’s acting ability shouldn’t have anything to do with whether he’s not seeing what he wants to see out of a character as a Producer.

Sure. And I don’t think he was out of line acting like producer on a $6B franchise should - assuming he did it in a respectful, collaborative way. (Although the phrase “tough love” implies otherwise.) I’m just pointing out that Diesel coming sideways at Dwayne Johnson, especially at that point in their careers, is going to tip off an emotional reaction.

They should definitely put “An extravagantly stupid collection of bits” - Mark Kermode on the poster.

I thought it was delightfully, gloriously, deliriously stupid.

I had a blast.

Oh wow, this is out already? I wonder if that’s why the theater behind my house looked busier than usual this morning.

Oh wow, it didn’t just come out this weekend. It was a spectacular success. $70 million.

The Blockbuster Is Back As ‘F9’ Races Out Of The Gate With A Record-Breaking...

Definitely good by the standards of the last year and a half, but note that Fast 8 had a $98.7m domestic opening weekend and a ridiculous $433m overseas. It’s the lowest domestic take since Tokyo Drift, if you don’t count Hobbs & Shaw.

When I watched this yesterday, it opened with a lengthy clip that I believe was the prologue to the forthcoming Jurassic World film. It wasn’t marked as a trailer, and until the logo reveal, I wasn’t 100% sure there weren’t going to be dinosaurs in F9. And judging by the audience reaction, I was in the majority.

Yeah, it was after the last trailer and the theater promos about how movie theaters are so amazing and whatever. I also thought the movie had started, especially when they jumped “65 million years later” and showed a bunch of people at a drive in. I figured a chase was about to happen and somehow the big heist in the movie would be dinosaur related. I was all in for that!

Anyway this movie is great and if it doesn’t win all of the oscars they should probably just stop having those things.

I guess they have to save something for Fast 10: Your Seatbelts.

Dinosaurs and/or time travel are about all they have left.

If Tej can calculate land mine explosion radius and trigger times while driving and then drive a car to the ISS he could probably figure out how to drift around the sun, go back in time and street race some velociraptors.

One thing I wish they’d leaned all the way into was Roman remarking on their apparent invulnerability. Imagine if the series had an Unbreakable-style twist. Or maybe go full Duck Amuck and have the characters start arguing with the screenwriter and editor.

I guess they have to save something for Fast 10: Your Seatbelts.

Fast Eleven will obviously take place in the Upside Down.

@AnotherElle
I see people saying "Where can the Fast & Furious franchise go from here?" as if they've already done it all, but in nine movies they've yet to fight any literal monsters, so I've got at least 10 more pitches ready to go off the top of my head.

@AnotherElle
1. vs zombies 2. vs vampires 3. vs werewolves 4. vs aliens, and by now the team includes one zombie, one vampire, and one werewolf, because that's how this franchise works 5. vs Cenobites ("Roman, did you open the puzzle box?") 6. vs John Carpenter's The Thing
anonymgeist June 28, 2021, 7:34pm #20

Yes. To each and every one of those ideas. Yes.