So, I’m working in Dubai for the next 3 months or so and I’m thinking about getting a laptop suitable for gaming. I’ve never owned a laptop before, so I’m not even sure what specs I should be looking at, or what considerations are important. What do you guys think? My budget is not unlimited, but I’d like something quality that will be good for a couple of years. Also, bonus points for telling me how I can get it shipped to Dubai.

Nature of my job means if I want to do any gaming, then I need to use a gaming laptop. I can’t exactly make any recommendations, depends on where you are in the world, how much you are willing to spend, and the fact I haven’t exactly looked at new laptops, because I want my current one to last at least another year.

The things to be aware of:

Otherwise, what you see is what you get with the specs on a laptop. My graphics card is a 9800M GT, which theoretically sets it back to a desktop equivalent of a 8800GT based on the benchmarks I can remember. But otherwise, I don’t think there is too much to be aware of, besides heating, and the fact that the graphics cards are probably (or typically) a generation behind their desktop counterparts.

I got pretty lucky with mine. I was just planning to buy a cheap laptop just to have for travel and what not, but Best Buy was having a clearance on ASUS brand laptops. I am very happy with mine, which is about a year old and still plays new games, though at diluted settings.

Strato definitely makes some good points. Be prepared to get a “transportable, not portable” laptop if you want it to be ideal for gaming, or as ideal as any laptop can be for that task. The most important factor is having a real graphics card, which inevitably cuts down the battery life significantly. This isn’t a problem if you do your gaming while plugged into the wall.

Reading your post Greatatlantic, it reminded me too. Beware, and ultimately avoid the laptops with integrated graphics - the Intel chipsets for instance. Most of the time, they aren’t supported for gaming, they suck, provide less system memory for use, and did I say they suck?

Again, most of the decent laptops for gaming should have their own discrete graphics card, with its own dedicated memory. Again, with mine, I have the 4GB system ram, then added onto that is 1GB dedicated video ram.

I agree with this. I love mine.

Sorry to thread-jack, but anybody familiar with the Toshiba Satellite A665D-S6059? Specs look decent, if you don’t mind Phenom II instead of Core 2 Quad, although I would prefer a higher-res screen at that size; but at least it isn’t saddled with an integrated GPU. Anything better in that price range?

No threadjack at all. I was thinking about the ASUS G Series G73JH-X1. Thoughts?

You should spend an hour or three browsing the forums at http://www.notebookreview.com/. Terrific discussions of nearly every available laptop series.

No threadjack at all. I was thinking about the ASUS G Series G73JH-X1. Thoughts?

That is a beast of a machine right there. Looks like a pretty good deal seeing as how it has a 5870 video card in it.

This is an insane deal going on at dell, I am so tempted to look for 750 under the couch cushions to buy this.

Dell EPP has Alienware M11x Laptop for $749 when you enter code XQ9D3C64DQ7B3D at checkout. Shipping is free with code ?TN8W7?M9FHLBW. Thanks Phorce

What do you think of this Sony VAIO? It’s a little lighter and a bunch cheaper.

I presume you mean compared to the Asus you linked earlier (which is sold out now, BTW). If I’m reading the specs right, the Sony has a slightly faster CPU, weighs less, and comes with Blu-ray; but the Asus has more RAM, a bigger higher-res screen, and a much faster GPU (100%+ if the benchmarks I’ve Googled can be trusted). I’d say the Asus is the better gaming laptop; whether it’s worth the cost difference is entirely up to you…

What do you guys think of a recertified ASUS G Series G72GX-RBBX05 from newegg? It looks so good… I could pull the trigger today if you guys approved :D 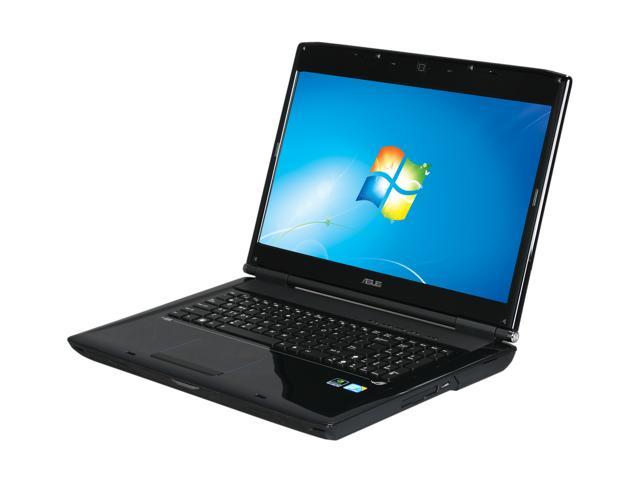 Macbook Pro 17 inch Intel Core i7 2.66 ghz with Bootcamp and the 500 gig flash memory hard drive and an Nvidia GT330m graphic card and 8 gig of RAM

That’s what I roll with and it seems to handle everything just fine.

The recertified ASUS looks good especially for the price. Though if I was buying a monster laptop I’d go all out and get 1080p resolution and a quad core. Battery life is going to suck anyways, might as well get everything while you are at it.

I think that VAIO has a really weak GPU so much so that you will have lots of trouble running games at native resolution.

what about alienware laptops? Any thoughts on these from the group?

Sorry to thread-jack, but anybody familiar with the Toshiba Satellite A665D-S6059? Specs look decent, if you don’t mind Phenom II instead of Core 2 Quad, although I would prefer a higher-res screen at that size; but at least it isn’t saddled with an integrated GPU. Anything better in that price range?

FYI, my toshiba laptop died a month after I purchased it and it took them a good two and a half months to fix the thing and get it back to me.

Which basically means I’m never buying another Toshiba product, as I was more than slightly irritated by that.

what about alienware laptops? Any thoughts on these from the group?

I’ve had my m11x for about three weeks now and I absolutely love it. It took 38 days to get here (because Dell sucks) but it was worth the wait. I’ve played Bioshock, Civ 4, Portal all on high settings with no problems and consistently get 60 fps in WoW. And with the integrated graphics turned on and the screen at 80% brightness I’ve gotten between 6 and 7 hours of battery life surfing the net or listening to music, and that’s with the processor overclocked. If you’re willing to deal with Dell I would highly recommend it.