For those of whom have played the PC version, should I get a controller similar to the playstation controller, or is the keyboard and mouse sufficient? Thanks in advance!

I have a 5 button mouse, and use mouse steering, and I can pretty much play the whole game with the mouse. Using the mouse is a zillion times better for aiming when you’re out of the car, as well. I really don’t think you need a controller for this game, mouse and KB will do it.

Getting a cordless gamepad and hooking it up to your widescreen in the living room is also good.

Aside from higher resolution graphics, the mouse/keyboard combo is the biggest advantage the PC version has over the PS2 version. There is no need for a gamepad.

Also many thanks to Chet (IIRC) for posting the Jesus skin for the main character. I had an enjoyable time making Him follow historic patterns of consorting with prostitutes and assaulting moneychangers/loan sharks. It added a spirtual dimension to the gaming experience that most games lack. 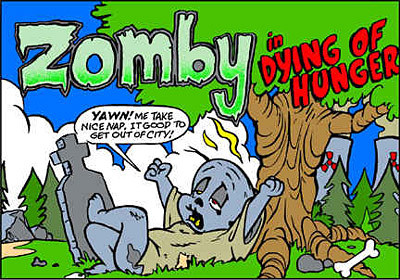 General question on the GTA series. I just finished GTA3 for the first time on the PS2, and need to know… does the out-of-car experience get, I dunno, better?

I frickin loved so much about this game, which was surprising. I’ve never liked driving games, and I hate games where you’re a criminal and kill innocent people; but I thought I’d try it since the Max Payne third person actiony stuff would be so good it would undoubtedly save it. Boy, was I wrong.

I don’t think you could make a camera/control/general interface combo that was worse than the one in console GTA3 even if you were trying to. Who knew, coming from Rockstar? I don’t know if they set out to, but it’s like they stumbled on the rosetta stone for retard game design when making it. “I got it! Let’s make the camera randomly rotate around the character, and generally try to get it so that it’s looking at him from the front so that any bad guys that will be shooting at him or that he needs to shoot to finish the mission will be offscreen. Except for when we could rotate the camera so it’s behind a wall and can’t see anything, then let’s make damn sure we do that. Then let’s make it so that the combat plays like it should if the player has a mouse and keyboard and a constant chase cam, but of course all the player will have for this is a fuckery gamepad and cameras that fly to a spot behind the nearest wall! It’ll be great, like they’re trying to scoop up water but they’re blindfolded and all they have is chopsticks! Ha ha!” Anyway.

The saving grace was that you could finish a lot of the missions by running down the fagorts with a car. Well, except the final mission. That was terrible! Taking me out of the car at the beginning, so I have to fight a bunch of Colombians who are, of course, off screen. And then when you do get a car, you have to get out of it and fight a bunch more offscreen Colombians up a ladder on a roof, without having a stray bullet hit the kidnapped prostitute that you’re planning on capping yourself. What were they thinking? The ultimate GTA mission is a third-person shoot-fest, with cars barely involved? Not good.

But the driving. Oh, the driving. Missions, taxi fares, unique jumps, triple perfect insane stunts, vigilante runs, firetruck runs, flying the plane. Fantastic. I want to play more… Vice City and San Andreas. But does the third-person experience get either a) better, or b) marginalized? If it’s not better and/or more prominent, then I gotta reconsider. And the later ones are a bit more expensive these days.

Also, of lesser concern: are there more songs per radio station? I really liked a few of the Liberty City stations, but it was a bummer that they only had like two songs each.

I dunno about the out-of-car experience, having never played 3 on the ps2 to compare. From what I played of Vice City and San Andreas on the ps2, the biggest problem was just the occasional turret mission. It’s generally much more satisfying on the PC, however–but in contrast to advice that started in olden times, the helicopters and planes added are much easier to handle with a gamepad instead of keys. But there are some situations where keyboard-mouse is the best vehicle option, like getting the firefighter missions done.

Each sequel has more radio tracks than the last. The jump from GTA3’s playlist to Vice City’s is particularly impressive.

No, it doesn’t - unless you’re on a PC. But on the console, being on-foot was generally not enjoyable; if I ever had a mission requiring me to shoot anyone, I tried to run them over instead. You seem to be familiar with that, so … yeah.

Yes, there are more songs in both Vice City and San Andreas. In fact, both games have spawned a multi-CD soundtrack, containing an hour of music from each of the eight or so stations.

For those of whom have played the PC version, should I get a controller similar to the playstation controller, or is the keyboard and mouse sufficient?

I actually bought a controller just for that game. That said, after like 30 minutes of running around and getting annoyed by my failed attempts to aim precisely, I switched to keyboard/mouse and found that way better. (I also don’t mind using the keyboard for the driving part, but YMMV.)

(I also don’t mind using the keyboard for the driving part, but YMMV.)
-Julian

Agreed on driving, but he’s screwed when it comes to flying, which appears in VC and definitely SA. I’m thinking of picking up a Cyborg Evo just for flying in SA and BF2, actually. A pad’s movement range is just a wee bit lacking for me…I guess I flail a lot.

I’m currently playing GTA3 for the first time as well. I just got the tank, and I have to say about the only thing that might be more fun is if you could take over a tyrannosaurus and act out the last 10 minutes of Jurassic Park 2.

I totally agree. The little left analog joystick worked great. Actually, the whole setup of controls was superb and intuitive after just a second of doing it in the driving parts. Which was what made the soul-crushing and infuriating hideousity of the noncar stuff so jarring.

So thanks for the responses, guess I’ll have to check out Vice City. And learn to somehow drive the cars up ladders so I don’t have to ever get out.

I use a gamepad for all the GTA games on PC, though I switch to mouse and keyboard for the aiming stuff. Can’t stand using the mouse/keyboard for driving.

So thanks for the responses, guess I’ll have to check out Vice City. And learn to somehow drive the cars up ladders so I don’t have to ever get out.

You’ll be happy to hear that VC introduces motorbikes. They can scale stairs quite well.

Mouse and keyboard out of the car. Joystick inside the car.

I used that setup for both Vice City and San Andreas. It works great. What I need to do, though, is substitute my new 360 gamepad for my Logitech Wingman and give that a shot.

I had no problem running through both GTA3 and VC with a Mouse and Keyboard.

Vice City - right on about the expanded music. Nice. As I started to play, I was a little disappointed to hear old familiar 80’s tunes. Not that I don’t like 'em, I do. I just was hoping for all original music I guess. But then I looked for the Old Skool Hip Hop station that I knew had to be there, and found it - and was rewarded right off the bat with an all-time fave, Rock Box by Run DMC. All was forgiven at that point.

But then I started doing missions. Drive a dude here. Steal a motorbike and drive to a party on a yacht. Take a hot chiquita to a strip club. Okay, so far so good.

Then I get to the spot where Senor Yacht Guy wants me to protect a friend - and you guessed it, the mission has NOTHING TO DO WITH CARS. I have to stand around and try to shoot guys who pop up and try to kill the guy I’m supposed to protect - while being forced to use the inane, painful controller to do work that should be done with a mouse and keyboard. Or a light gun, shit. Am I playing a car driving game again? Or did I accidentally load up an emulation of that old coin-op game Crossbow?

So, no problem, I think. I’ll go see ten-gallon-hat guy and just get another mission. Hopefully he’ll give me one where I get to kill senor yacht guy, which I’ll gladly do as retribution for the shooting game mission. So does ten-gallon-hat guy give me a driving mission? Noooooo, it’s a mission where I have to kill a guy and his eight henchmen at the golf course. Without a car. Without any guns, either, since you have to leave them all at the gate.

Fuck all. I don’t WANT TO PLAY A CRAPPY, LOW-RES VERSION OF MAX PAYNE WITH A SUB-PAR CONTROL SCHEME. Guess what - adding the chainsaw, golf clubs, or hammers as melee weapons DOESN’T HELP.

Is expecting some driving in my Grand Theft Auto too much to ask? Seems like this game could be great - but why they gotta muck it up?

Yeah, don’t play it on the PS2. It’s infintely better on the PC.