We’ve had some scattered talk in the fighting games catch-all thread or the weekend thread or the like, but Strive just came out and I think at least a few of us here are playing it, so let’s have a dedicated thread for the series.

For the uninitiated, Guilty Gear is a long-running fighting game series with a gonzo sci-fi/fantasy/metal/anime aesthetic. I’m still relatively new to it myself, but have been playing quite a bit of

over the past couple months. This is a much older entry, but it’s been rereleased several times and updated with rollback netcode that does a great job of avoiding the lag and delay disruptions that commonly disrupt a lot of the online fighting games I’ve tried.

Anyway, I’m a few hours into Strive, and having a lot of fun with it, as despite some launch-day matchmaking and connection issues, it feels great once I’m actually into a match, and of course it looks and sounds fantastic. It’s taking some time to adjust to the different pacing compared to +R, but I think I might like it more overall as there’s just a tiny bit more time to react to things, which I appreciate.

I started with Axl, as he’s been my main in +R, but am going to try and give each of the characters a fair shake in these first few weeks.

Anybody else dive in yet?

Anybody else dive in yet?

Yes indeed, and I’m maining Zato. I never imagined that would happen, but here I am. ;)

Strive is great. Looks amazing, more accessible than the previous games in the series in terms of controls and number of moves, but still deep enough for those who put the time in training. I’m having a ton of fun.

I just wish the single player had more “oomph” (or perhaps that it would be more generous with W$ rewards). But I’m really enjoying the game.

Set aside 5 hours to watch the story mode to see what the first 5 DLC characters they’ll sell you will be.

Starting the game up takes a full minute. This is too long.

The online lobby system is complete ass.
If you want to play someone, this is how you need to do it:

Pick a high numbered room in the Park, tell your friend the number, and meet up in there. I suspect this will get fixed in a future update, and it looks like the game supports the same online options and net quality as Skullgirls(Skullgirls is best in the business for it)

The reason they came up with this convoluted system is to eventually support crossplay, but they’re trying to fly before they can drive.

The second thing I don’t like is how strict the controls are. It’s like 90s fighting games, and not the intuitiveness of the SF series when it comes to performing special moves. To me, this is an issue with the command detection more than control. It’s hard to do most Overdrives.

So far, I think the game itself seems pretty good, though a couple of characters look like the proverbial bullshit blazing with their frame data.

I’m still very inexperienced with Guilty Gear in general, as it is a series I shunned due to a toxic community for a long-ass time (Said community has already decided to shit on Strive because their old boomer tactics were marginalized)

Using Anji in this for now. Might switch to Axl.

If I was on Console, I’d so be playing VF instead, but this is a good and needed break from Calibur, which is long in the tooth right now.

I just wish the single player had more “oomph” (or perhaps that it would be more generous with W$ rewards).

I’ve been on the fence with Strive because of this. Is there not much in Strive for solo or vs. AI play?

I think NetherRealm studios has spoiled me with their lavish interactive campaigns and solo Towers/Multiverse modes. Injustice and Mortal Kombat just offer a ton of very diverse solo content.

I’ve been on the fence with Strive because of this. Is there not much in Strive for solo or vs. AI play?

There’s a fairly substantial story mode that’s comparable to a NetherRealm campaign, except as a non-interactive TV season rather than awkwardly bending the narrative to squeeze in duels every few minutes. ArcSys has put up the story modes from the last two games on YouTube, so you might as well check those out first.

Besides that, there’s a mission mode that’s like an advanced tutorial, with each mission being a short illustration/test of a specific game mechanic concept. It’s fun and helpful, but limited. And of course standard arcade and training, but nothing really comparable to the Towers or Krypt. As Rhamorim mentioned, you get W$ that are used for random cosmetics and stuff, but it’s not that extensive.

The value definitely comes from multiplayer and specifically online with excellent netcode – I probably wouldn’t bother if you’re mainly interested in solo mode.

If your only interest is single player, there’s nothing here that compares to the offerings of games like Injustice 2 or Blazblue Centralfiction or UNICLR or even Guilty Gear Xrd. There’s a very limited arcade mode, a standard survival mode, and that’s pretty much it. The rest is training (including the mission mode) and the story mode, which is fantastic if you like anime, but not if you want gameplay.

That said, the netcode is fantastic and the online mode (when it’s working) is pretty good. I don’t usually play fighting games online, but I played quite a bit today (until the lobby stopped working) and I even won a few matches, which is something new. ;)

I’ve been playing as Faust online. I’m a bit scared of trying Zato against human players, but I guess I might do so at some point. We’ll see.

Appreciate all the responses here! Thank you.

I love the look of the animation here and might be interested in learning this but with a slightly anemic solo player offering I don’t feel like I have to rush in at launch.

May still support the effort and pick it up a little down the road. I mostly play AI with fighting games now so I prefer a robust solo mode.

Virtua Fighter 4 Evo if you have a PS2 is the best offering for single player all-time for a fighting game if you want to play the AI.

Blazblue Tag is actually a good example of the kind of single player content Strive provides. I’d say Strive is to GG what Tag is to Blazblue, essentially.

That said, Strive has a thing that I wish every fighting game had and that for me is enough to justify buying it: a dash button. ;)

The second thing I don’t like is how strict the controls are. It’s like 90s fighting games, and not the intuitiveness of the SF series when it comes to performing special moves. To me, this is an issue with the command detection more than control. It’s hard to do most Overdrives.

That’s what stopped me from playing Xrd and what I was hoping they’d fix. Super strict inputs is just punishing new players for no reason; persistent players eventually just get muscle memory for it anyway, so it’s largely not improving the high tier game. Casual-friendly input and buffering creates its own kind of punish opportunities, too.

Disappointing to hear they didn’t change that when they were streamlining the rest of the design.

I don’t know, I feel Strive is less strict with controls than average. I can pull off most specials without issue, though I don’t really do a lot of combos, so I’m not sure how often you might whiff them there.

But the fact that I’m playing with a X360 controller and that I can still pull off most specials correctly (with analog and digital directionals) makes me think it’s not as strict as one might think. I could be wrong, of course.

This game makes me want to play it, but I know in my heart that I actually hate fighting games these days.

I ended up switching from stick to pad for this game and it helps.

As for hating fighting games-it depends why you hate them- to like a fighting game you need a tolerance for frustration and losing, which is tough for me at times. 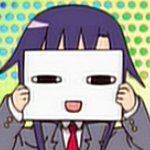 @AkitoBass
You can beat Castlevania: Harmony of Dissonance AND watch the entire end credit sequence, before you can get into the main menu of Guilty Gear Strive https://t.co/dxp3lokAfL
rhamorim July 20, 2021, 2:49am #17

There are too many region blocks, making it semi-tough to get a match in their weird little “tower” thing. I thought the point of having good netcode was so that you wouldn’t have to fragment the userbase into a dozen rooms?

On PC, there’s a mod called totsugeki that cuts the loadtimes 75%. It’s currently being redone due to the new patch, but it worked great for me.

@Kolbex at this point the lower floors are pretty devoid of players, you might have to move up a floor or two to find players. You can also do the park, which is where the casual players usually go, but it’s sharky right now due to Jack-O/balance changes.