Oh, for sure. I’m right there with you. A friend got in on the Middara thing on the last KS, too. I think it was supposed to ship this last summer? That fat book got my attention there, too.

I’ve heard good things about TG, but didn’t buy in. I received Etherfields today (from the same company), but haven’t cracked into it too much yet. I did see the Secret Scripts book in it is ‘only’ 48 pages, but there are 1232 entries, so there’s some content there…

Just got mine myself (despite FedEx’s best efforts). Man, they are really good at hyping their games. These ISS Vanguard promos they keep putting in (there was an artbook in Tainted Grail) are an astonishing level of production for a free promotional thing and they’re really making it look great.

Though, honestly, after Tainted Grail and seeing the love and quality they’ve put into their other games so far, I feel like ISS Vanguard would have been a day one back for me anyway. I don’t know that I’m there for absolutely anything they do - I have genres I just don’t have much interest in or have already saturated, and they could conceivably do something like Level 99 did and make a game that feels really similar but inferior to something I already have from them (in Level 99’s case, I’m all in on BattleCON and really like its complete lack of randomization, so Exceed, which is also a one on one dueling game emulating fighting games, but with shuffled decks and random hands, felt redundant to me.). But almost anything.

If anyone has a biology-inclined kid or just likes the idea of owning plush versions of strange prehistoric animals, my friend is Kickstarting her third such creation. She also makes enameled pins and stickers; I’m sure I’ve hocked those here in the past, but you can get them through this kickstarter too.

Give a forever home to cuddly Cambrian creatures that encourage science, education, and fun! It's CUTE! It's WEIRD! IT'S PALEONTOLOGY!

watched some videos regarding Etherfields. So much stuff in a box (2 boxes actually, with stretch goals), also reviewers are very impressed. It was almost 2 AM and a good thing my credit card wasn’t around for the late pledge. Someone compared it with 7th continent, but improved/better. Late pledge will be delivered in 6 months (I guess it is a second print run).

Please talk me into it or out of it. It’s the hype, I know. The hype is killing me. Everyday something new is coming around the corner …

This might help (more from a value point of view. Gameplay is better covered by the other stuff you watched): 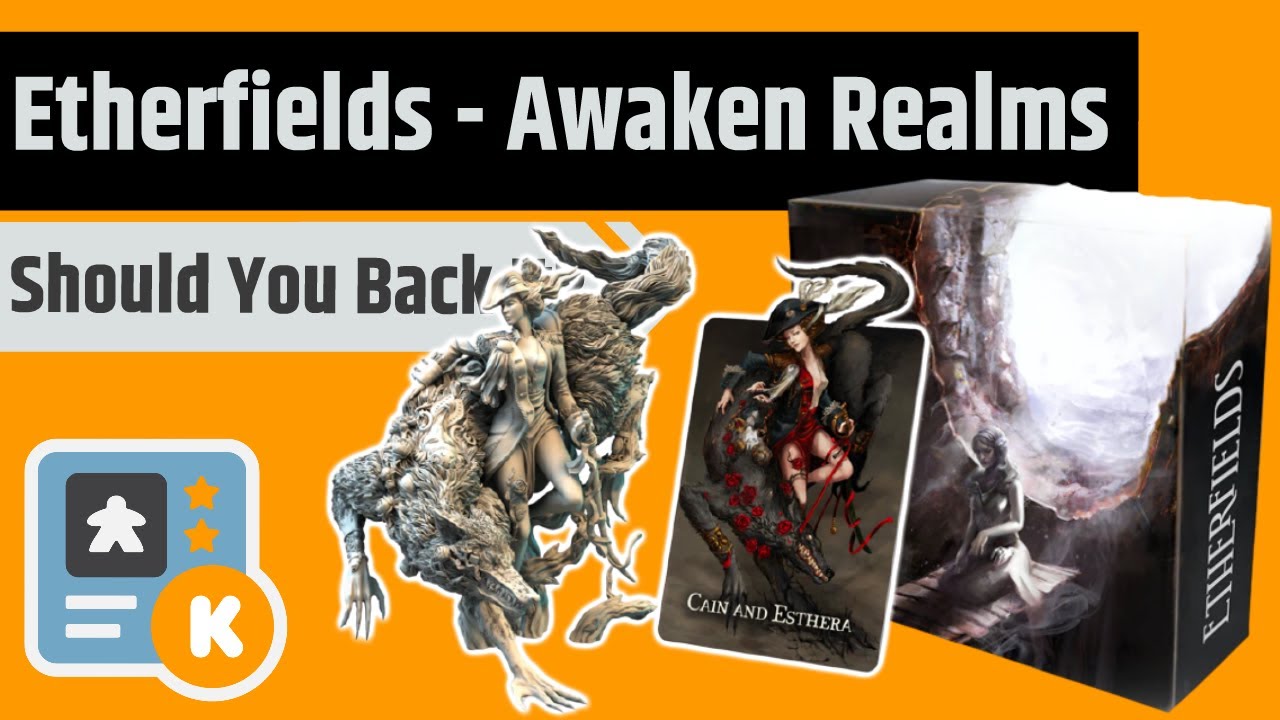 That said, you seem to be on a roll backing and buying quite a few things. Keep in mind that great games with enough backers will either see a retail release or be fairly easy to get on the secondary market.

So you might want to ask yourself: Do I need to order a KS game now, before actual reviews from players come in? How will it change things for me if I have to wait a few months more to get it?

Personally, I’m down to backing 2-4 KS a year. And those are exclusively from companies whose games I’ve played before, for which I know and love the designer and/or are offering an expansion to a game I love. I don’t even look at other games anymore and I’m happier for it.

This year, I got:

For the rest, I wait for reviews and retail or the second hand market. I still own more games than I can play. It’s not like I’m missing out on anything. But that’s my personal policy for KS’s. I’m never going to go hundreds of dollars all in every month on a new game I won’t have time to play. YMMV.

Some prices on the secondary market are unacceptable. KDM, forget it. Also, I was interested in Hunters A.D. almost double the price … I suspect this game with strechbox will be too expensive on the secondary market. I only backed Darkest Dungeon this year. But I could buy some older, used games like Space Cadets AM, Galaxy Defenders for a good price. Planet Apocalypse was new and a bit pricier than the KS. Same with Dungeon Degenerates (but it had the expansion).

I used to be a gamer type, now I am more of a collector ;)

Agreed. It definitely depends on what games you are looking at and what your criteria to consider it a good purchase are.

I was tempted by Nemesis several times since it was on KS and it is now fairly easy to get at retail. Tainted Grail looked mildly interesting (though some reviews put me off), but I’ve seen it for sale several times at reasonable prices in the UK board game trading group I belong to. Same for many other Kickstarters there (Gloom of Killforth, Bloodborne, Batman, Cthulhu: Death May Die, KD:M, …) You name it. It goes on sale at some point, and usually at prices below KS.

So maybe I’m spoiled for choice.

But if you are a collector, this is definitely your best bet to get the game with all the add-ons. And BoardGameCo was very enthusiastic about it too. So you could easily get your money back if you changed your mind.

some parts remind me of Time Stories, which was okay-ish, but a one and done affair. But it looks Etherfields has more “game” to it…

A couple of corrections: it’s all one box, they incorporated the stretch goals into the main box instead of packing them separately as many projects do. (Though you could buy a separate minis addon and a 5th player addon that are in separate boxes.) The shipment is happening in two waves, so the late pledges will be added into wave 2 along with everyone that opted to get everything in wave 2 to save on shipping. (These people are very brave, it turns out, because the wave 1 package alone was over 2 feet long and 20-odd pounds.)

I don’t agree that it can be relied on that things from KS will hit retail in a significant way or be easily available on the secondary market. Nemesis’ core game is apparently now at retail (which was always the plan), but only the core box and it was definitely not available when they did their second project. I had to pay double to get a post-campaign copy of The Edge: Dawnfall and they’ve said it makes no sense at retail. Lords of Hellas has retail listings but no availability, at least at CSI.

That said, all I can currently say about Etherfields is that the production values are stunning. I confidently expect it to be great after Tainted Grail, but I haven’t had a chance to play it yet.

I checked a let’s play video. Etherfields is basically an adventure story game. It looks nice, not sure I really want it, though.

Shut up and take my money: 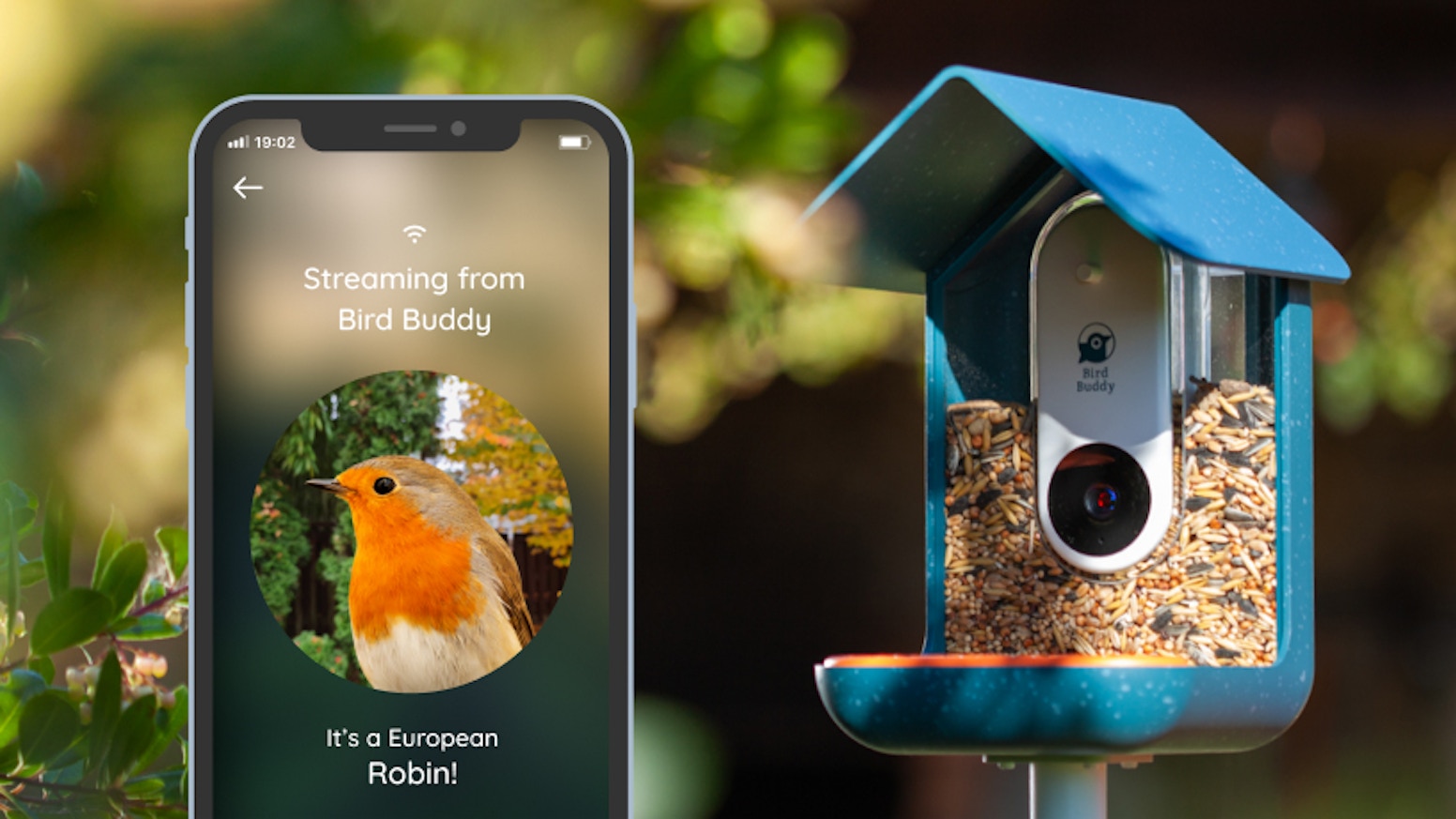 Bird Buddy notifies you of feathered visitors, captures their photos and organizes them in a beautiful collection!

. Same for many other Kickstarters there (Gloom of Killforth, Bloodborne, Batman, Cthulhu: Death May Die, KD:M, …) You name it. It goes on sale at some point, and usually at prices below KS.

I don’t know about the others, but if you found a KD:M at below KS prices you could have made some serious money.

Stuff for that game retails at a 50-100% markup from KS prices (some stuff even more) and it’s so commonly OOP that normally second market stuff goes at 25-50% over retail.

It’s stupidly priced, even with KS prices, but outside of KS it’s a robbery.

True. I possibly could have. But I’m not in the boardgame speculative market. I feel it would go against the ethos of that group too. They often point good offers to other members who they know are interested in the game. Though I’m sure some will buy and flip a game.

I’m just not sure why you all aren’t raving about Romancelvania .

Looks like this will probably just miss, with 20K to go in just 12 hours. A pity, although they say they may try to re-scope and try again with a different version.

I doubt I’ll ever play it, but I’m glad to live in a world where Romancelvania exists.

That is a cool bird feeder. I would rather like one, but that’s a bit expensive. And it’s winter, so everything like goes away or dies anyhow.

Getting conflicting messages regarding Etherfield. All agree that the dreams are the best part of it. But I hear one strong message that there is a part in it, called Slumber, that is regarded as filler or grind. Also that the overworld is not that interesting.
But I backed the late pldege (core game), because my currently favorite youtuber, Dungeon Dives loves it.

Basically, the overworld you move around routes through nodes and most of them will either have you draw a Fate card (which will either do something then and there or populate part of the Slumber dreamscape map) or a Slumber card (which will most likely be an Entity you have to encounter in the Slumber dreamscape). It’s kind of interesting in that Slumber takes place in a map that’s being built as you go on the overworld that stays fixed until you enter a Dream proper, and your position is saved, etc. And Fates will introduce Quirks that will complicate things for you. But on the other hand, so far it’s just a straight up fight with a monster and to start with there’s only one monster and it’s not very hard to deal with as a solo player. And you may or may not get anything worthwhile out of it (rewards are based on the Turn card you end the encounter on). It’s pretty quick stuff, though, and since you don’t reset your hand, passive Progress cards, items, sealed cards, etc when Slumbers end you can use it to do some prep you don’t really have time for in the main Dreams. I think it might be interesting in the longer term, it’s just kind of bare bones when it first comes into play. And I’ve only gotten as far as starting a second Dream, so.

No doubt on all points. The thing is I am usually backing stuff just as much to see teams succeed as I am for the specific rewards. This one is both for me.

No doubt on all points. The thing is I am usually backing stuff just as much to see teams succeed as I am for the specific rewards. This one is both for me.

If I had a spare couple of hundred, for sure. It’s a great idea.