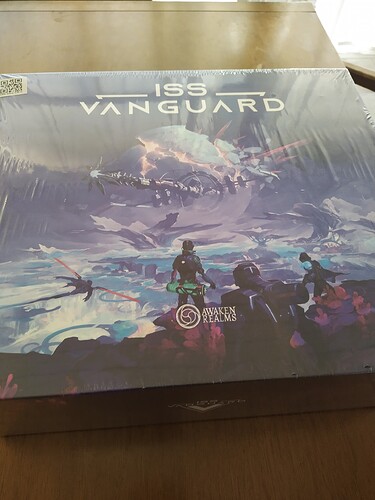 I actually have it! I have opened the cards and sorted and stored most of the stuff, looking forward to working through the tutorial later…

Aw man, that’s sweet. I’d love to hear some impressions - I won’t be getting mine until next year, went with the single bundle shipping.

I can’t find any way to buy the game anywhere. I guess it’s only available to kickstarter backers?

2nd ed of the fantastic Kids on Bikes TTRPG system is now Kickstarting with lots of neat goodies!

Space Venture is supposed to come out on Steam.

Q: When will the game be on Steam and possibly other online stores?

A: Hopefully soon, but we don’t have a specific date. That is what we will begin working on after today. We are putting together a trailer for the game and also planning to add some fun achievements that you can earn. Backers will receive Steam keys and the game will be available for purchase to the public as well.

It was a reply to justaguy’s post about SpaceVenture. 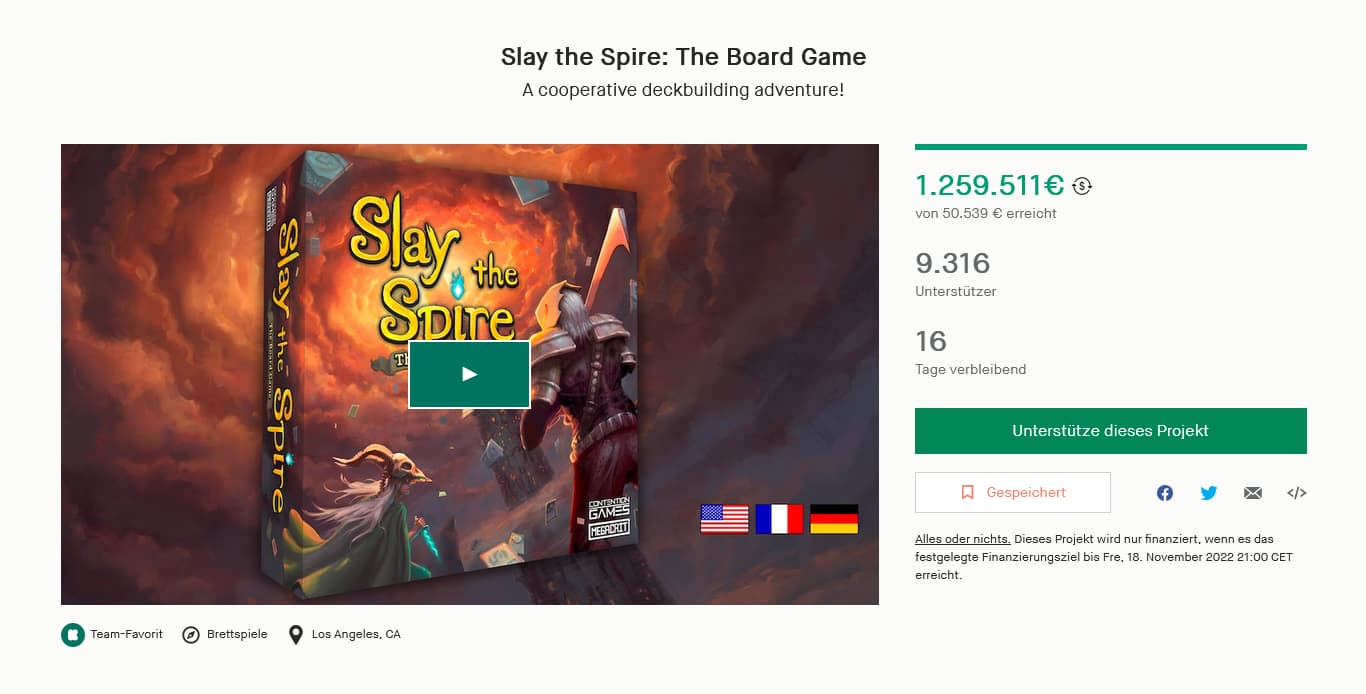 I was looking forward to back this, basically a card game. But the game costs $100 !! It is just a card game. I am out.

Card games can be quite expensive. Art is a big cost for example. And production costs have gone way up with the supply chain fuckery.

Not that I am in. I don’t really like the videogame that well and don’t know why I would want it adapted for the boardgame space even if I did. 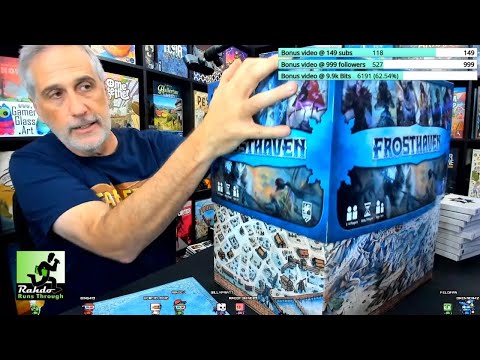 My copy is probably at least a month or two away, it seems, so this will have to tide me over. It will give me time to figure out where I’m going to store it.

Edit: Oh, hey, there was just an official update on Europe shipping:

I have been told they have an estimated port arrival date of DECEMBER 1st 2022 to Hamburg, Germany. From there, they will travel via rail to our fulfillment warehouse. We’re working on meeting with our fulfillment partners to make sure things are lined up to turn things around quickly and will be back with more information in coming updates.

But UK fulfilment is apparently separate and no specific update. 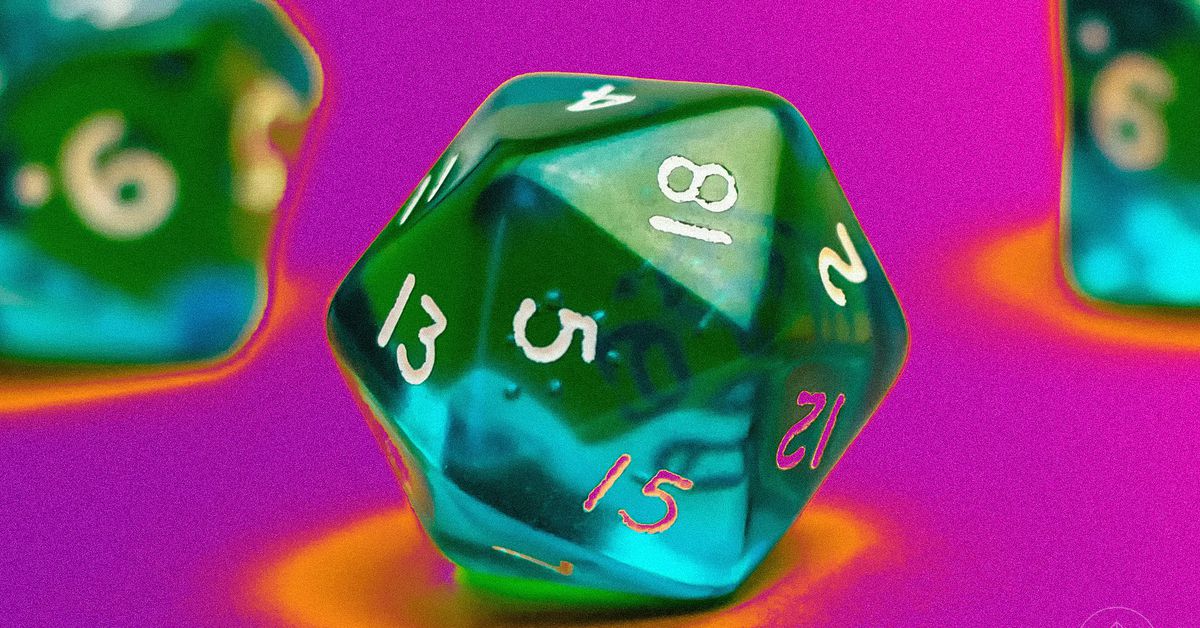 Tabletop creators are trapped in a boom and bust crowdfunding cycle

‘We call it the Kickstarter crack. That’s how we stay up.’

Why does it have to be like this? Wyrmwood has been in business since 2015, but every time it released a new product it always came back to the well — to Kickstarter, at least four times every year — just like so many other companies in the board gaming and role-playing game industries. On a call with Wyrmwood’s marketing director Bobby Downey just a few days before the campaign went live, he told me why: The company felt like it simply had nowhere else to go. It needed the capital on the kind of favorable terms it was afforded by crowdfunding to keep its company moving forward.

“Remember back in the ’50s and ’60s, banks used to be the place that you’d go to for some semblance of startup funding,” Cunningham, a University of Chicago-trained economist, told Polygon in a recent interview. “A restaurant. A barber shop. Whatever. [Now] they are completely out of that business, especially the big banks.”

Another traditional source of local capital is the credit union, a hyper-local source of reinvestment for tight-knit communities. But their numbers have flagged, especially in the last 20 years or so, with many closing their doors or being gobbled up by larger banks.

“Every single sector has been driven by this unreasonable profit maximization theory,” Cunningham said.

But they can’t, and the situation is unlikely to change any time soon. Wyrmwood’s next option? Venture capital. You can watch Wyrmwood co-founder Doug Costello float the idea — where else? — in a video on YouTube. His other co-owners sound terrified, and, according to Cunningham, they absolutely should be.

“The venture capital model does not work [at this scale],” Cunningham said, “because it is over-focused on generating profit. These guys want 100% return and all this crazy stuff.”

It’s either that, Cunningham said, or Shark Tank. Ironically that’s one of the last places that Geek Chic, the iconic manufacturer of nerdy furniture that went bankrupt in 2017, turned to when it was facing financial woes.

“What you need to focus on is establishing solid products,” Cunningham said, “with high quality. Because here’s the other thing about crowdfunding: Crowdfunding only works if you’re offering something that can’t be obtained anywhere else, for any price.”

Once those products get brought to life, the business becomes selling them year after year — and connecting with your biggest fans in direct and authentic ways — not exploiting the hype cycle for the next big influx of ready cash.

It seems the issue is them not generating enough profits with the games. The theory is, you need a kickstarter for your first product, but the eventual profits of that should cover the development of your second product, and continue that way. It seems the margins are low so they need using KS as founding round for each new product.

To be fair, every game should do this. If a manual has a diagram of how to fit things back in the box, I’m delighted. A link to a video would be even better.

I think part of the issue with Kickstarter dependence is that so few of these games appear at retail, at least in any meaningful volume. Obviously it’s easy for me to carp from the outside, but of course you have to keep going back to Kickstarter if Kickstarter is the only place your customers can find your products.

But other than that, what’s the incentive for some of these (boardgame in particular) companies to NOT use kickstarter? Sure you might be able to build a sustainable business, but if you can, why not shift your capital risk to ‘backers’ rather than ‘banks’? Even on reprints, heaps of these justy go straight back to KS to raise capital.

I opened the Frosthaven box a week ago, and haven’t done that yet. (We still have the second-to-last (I think) Forgotten Circles scenario set up on the table, and once we clean that up I’ll have room to organize the Frosthaven stuff…)

But other than that, what’s the incentive for some of these (boardgame in particular) companies to NOT use kickstarter? Sure you might be able to build a sustainable business, but if you can, why not shift your capital risk to ‘backers’ rather than ‘banks’? Even on reprints, heaps of these justy go straight back to KS to raise capital.

I’d say the long-term effect of going to Kickstarter for every product launch means you’re always skating the edge of not having any operating funds - which can be tipped pretty easily by those cost overruns you mentioned. When your Kickstarter fans dry up, (either because of general fatigue, or they’re just not thrilled with a specific project) you’re left scrambling to find other funding to keep the lights on. With a traditional loan, you fund your business as a whole for a period and produce within that budget and (hopefully) have enough margin to keep going. You pay back the loan over time and have more wiggle room.

Why would we think any company successfully using Kickstarter isn’t ALSO getting funding other ways?

(I don’t use it – Kickstarter is just preorders with the added bonus that you might not get your preorder and you definitely won’t get it on time. In the case of successful companies with proven track records, this is less of a concern, but I don’t do preorders anyway.)

Why would we think any company successfully using Kickstarter isn’t ALSO getting funding other ways?

Per the article, it’s that most of the boardgame/TTRPG Kickstarter companies are too small for banks or venture capitalists to work with. Banks aren’t interested in small businesses in general any more.