Definitely towards the niche end of appeal for most. Looks like it could be an interesting sporty twist on the turn-based tactics/strategy genre though, similar to Football, Tactics & Glory.

There’s a decent-sized demo available for Cyclist: Tactics that includes the tutorial. I’d suggest giving that a go to see if the main game would appeal.

Also, I found this:
Save 20% on Banners of Ruin on Steam
which surely qualifies for this thread. It looks very interesting.

I got it! Initial impressions after very limited play are quite positive. It looks like it has elements similar to those in Roguebook and Gordian Quest. Individual heroes / units have their own unique cards and the deckbuilding and combat therefore incorporate how well they work together and what you do with them on the battlefield.

Also, it is not ‘just’ a card-battler. The combats involve some light tactical movement within lanes and grids. Hence the reference to Gordian Quest, which combines tactical combat with cards and decks.

Theme seems kinda nice too. Mice, Bears, Rabbits etc, but leaning toward the darker / realistic side, rather than cute & cartoonish.

This seems to be what Axes & Acres would be, if reborn as a city builder.

Well, that got my attention!

Think you got the wrong link there, Bob

Unbound: Worlds Apart is a challenging, atmospheric and hand-drawn puzzle-platformer…

I swear to you that was Banners of Ruin a moment ago. Discourse doing Discourse things, I guess.

Most likely not worth playing or checking at all, but a thing called Jin Conception popped up on my Switch list, and the self-descripting excerpt is an hilarious jam of buzz words:

It’s also a roguelite deck-builder. Plus it can core a apple.

Shh, save those ideas for your own project!

It already has the turn based tag, now add the ‘mechs’ tag and people here will go gaga :P

No crafting or survival? Crap game!

@David2 @belouski Stellar Monarch is on sale this week. Do you recommend it? It gets reasonably positive reviews on Steam, but no one seems to rave about it.

I recommend it. I didn’t love it either, but I did love what it was going for, but didn’t quite pull off.

I played Omno (or Omnomnom, as my brain wants to call it) over the last couple days, it’s a decent little game. It’s very much like other little games you may have played in its structure, thinking of stuff like Rime and Abzu where there are self-contained levels that you can explore and do functions to unlock the way forward, then repeat until the end. It’s very low key and relaxed and didn’t really leave a big impression, but as with Last Stop a nice enough little Game Pass diversion.

Mech Armada hits early access in a couple of days and looks phenomenal. Roguelike with meta progression. Modular mech building where you research parts, then plug together transport, body, and weapons to make your own designs. 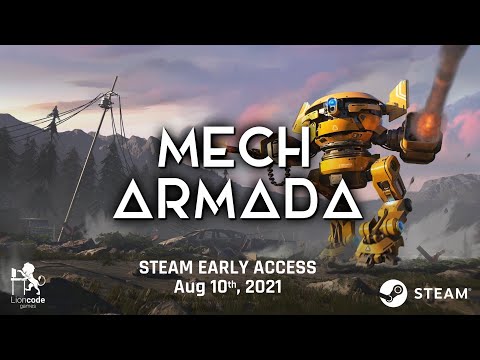 The Cyclist: Tactics on Steam

Oh, interesting. I’ve long considered the idea of creating a cycling sports strategy game. It’s a fascinating sport, and the only other game in the market is Cyanide’s game which… is a Cyanide game (i.e., incredibly buggy, poorly supported, and favors pretty graphics over actually good gameplay). Just a pity they haven’t gone for making an actual “real” cycling game (i.e., with teams of 20+ riders and 6-8 riders per race), but perhaps in time.