I didn’t notice - I know there are 40 new illustrations but did the take original art out? Anyway you can see what they look like in the images I posted. The art was incredible to me, at least. 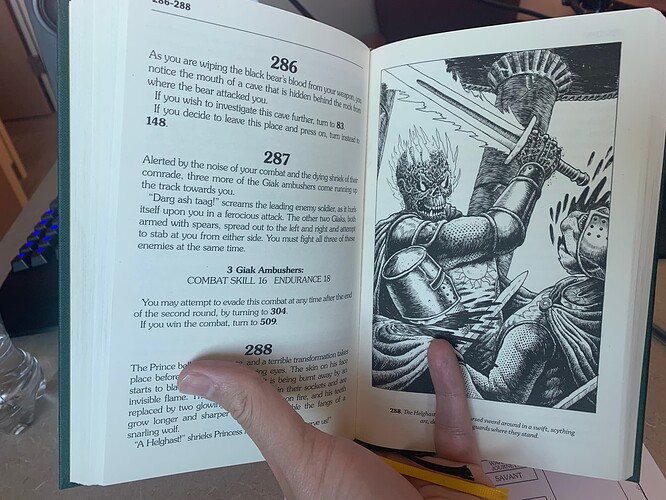 It’s definitely trying to maintain that original style, at least. I wonder if the first book had a different ownership situation than the others with regard to the art?

It’s still awesome that they’re doing this, here’s hoping they finish putting out all the books and don’t give up halfway through! 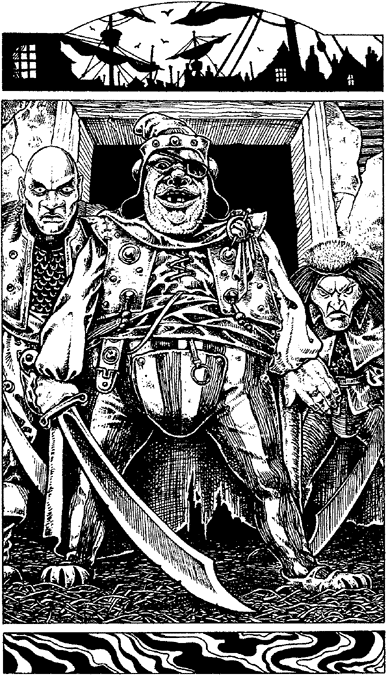 With my son heading back to Chicago after staying with us a few days, I finally sat down with book 2 and I’m just a few sections into the story and this very art popped up. I also see Chalk’s name listed under “Interior Art”, so his work is here.

I wrapped up Book 2 yesterday, it was incredible! It was also a lot harder and easier to pick a choice you have no real chance of knowing better that leads to a death. They were always fun to read though, and I just “reloaded” my game by going back to the previous couple sections. One moment was particularly troublesome as two (out of what I thought was two) paths led to death, even knowing with Sixth Sense what was coming the game didn’t give me an out. I had to roll back several sections to make a new choice there, which would be incredibly frustrating for those not tracking what sections they were in with the included bookmarks (or a sheet of paper).

But I don’t hold those moments against the book as they were actually cool in their own way. The book was pretty short compared to the first one - 350 total sections vs. 550 in book 1 - but it felt like a direct continuation of book 1 and had itself a satisfying (if abrupt) conclusion.

Book 2 does have one bottleneck section where you either need a particular item or have a particular skill or you cannot proceed without dying.

I have to note that there’s no advantage to having low CS and Endurance rolls. Contrary to the text blurb at the beginning of each book that notes you can get through the books with any CS, it becomes very very frustrating later on if you are weak at combat.

Yeah, I noticed - the weapon you get in Book 2 has so far trivialized most battles, as has the Healing skill, so I can see what they might mean with that blurb, but early on (and presumably later) that is not the case. Thankfully I rolled a “9” and a “5” so I have a 19 CS and 25 END which is further modified by some nice equipment, so I feel like I’m in solid shape.

Like I said earlier, there’s at least one fight that specifically checks if you have that and gives you a version of the encounter that’s harder to the point of being almost impossible.

I got a little delayed from a nasty back sprain late last week that made any task unpleasant but I just wrapped up book 4 and it was another short but outstanding adventure. I wish I’d tracked the decisions I made, so I could read the books a second time making specifically other choices and see how different the stories can be along the path to the finale, but I’m always happy with how things turn out, so far. 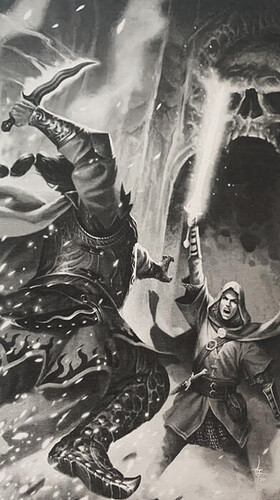 Onto book 5, and then I’m sadly going to have to wait some time to let more of them become available before paying the crazy shipping on them. Hopefully book 6-10 won’t take too long and will be easy to pick up en masse like I did 1-5.