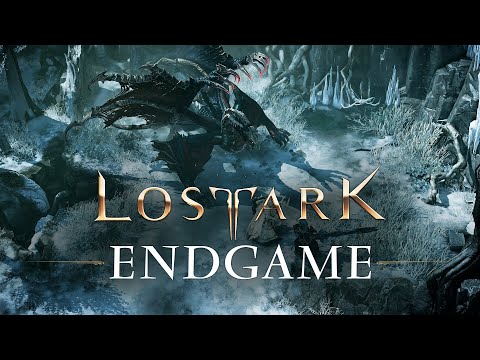 ‘Every end game system that has ever been implemented, together at last!!’ That’s a lot of stuffs. 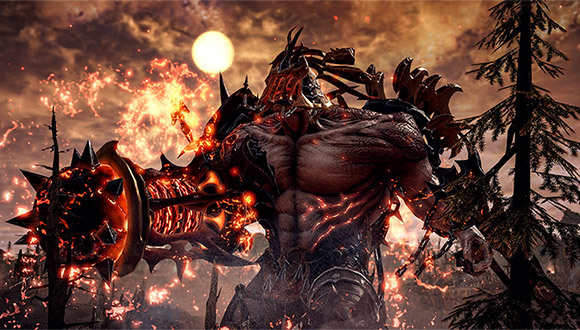 As we prepare for launch next month we wanted to spend our January update sharing some new features, important changes we’ve made alongside Smilegate RPG stemming from Closed Beta player feedback, and answering open questions we’ve seen from players...

Well, this changes things considerably. T3 to start. Interesting decision and one I’m kind of torn by.

Same here. I’d really been looking forward to having a chance to try a bunch of classes with no real pressure to choose one to focus on.

Looks to me like only bits of T3 content are included. I guess we’ll see. I wish they’d held off on this, now it’s all going to be a huge rush to T3 for the impatient.

It looks like the naming conventions have NOT been relaxed as some were reporting. They are very restrictive. Disappointing.

It was also extremely disappointing to hear that the UI doesn’t scale for fonts. Tiny fonts make for a miserable experience. This is kind of surprising to me.

I’m already doing so, which is why I’m torn. There were a lot of things that were good about being just T1 but now with T3 some of my misgivings are alleviated and I can pick the class playstyle I’d like since T3 unlocks the ability to cover some of the gaps in certain classes (specifically Wardancer).

Also, it kind of makes me wish they released a few of the other classes that I was more interested in and kind of creates this dynamic where when they are released (and you wanted to play them) you’d be further behind.

I’m not near experienced enough to know all the ramifications but I’m also a little concerned by how this will impact the economy. While I won’t be rushing to T3 or anything and I don’t think you can without a deep knowledge of the game, the P2W argument kind of rears its head, and that experienced influx of Russian and other players who played in other regions will push the economy around being able to corner the market on things that have a lot of value like Engravings and Jewelry and such.

I may feel differently in a month when I have access to really fun group content that I would have to wait months before being able to do (Abyss Raids) but there is this sense of having a lot more time to be on an even playing field making mistakes and trying things out that I don’t feel as strongly.

Lastly, I hope they don’t pull a New World and segregate more of the grouping stuff than is absolutely technically necessary, I’d hate to have the lower T1 content be a ghost town before it needed to leaving casual players in more of a lurch, but I think with the alt system hopefully that won’t be an issue.

Wow, Amazon is getting excoriated for the T3 content decision on the LA forums. I’m glad I’m not the only one disappointed. I think this is really going to mess up the economy as zen said. I have to say, this has considerably reduced my enthusiasm for the release.

Hmmm, kind of mixed initial feelings on the T3 news! On one hand, I was looking forward to having T1 be the initial cap, experiment with some classes, and then have T2 and T3 drop (in accelerated form) in the future to get us caught up. T3 right out the gate seems a bit like too much of a good thing. I kind of wanted to experience and enjoy T1 and T2 individually while they were the endgame instead of just blowing past them. I’m assuming with T3 being out, catchup content will be in.

On the other hand, I’ve heard from various players in KR/RU that the content really improved from T1 to T2 to T3. In that sense, maybe it’s a good thing I’ll get to dive right in to the really cool content. This decision might make a lot of sense depending on what the main (Korea) game content schedule is looking like. There might be good reason to get us up to parity sooner than later so that content releases can be synchronized.

I’m not familiar enough with the game to really know if this is a good or bad thing ultimately, but for right now I have mixed feelings!

I am sad to see T3 at launch but you’re still the best Roxx! 😄

T3 content at launch is limited so that players will only get their feet wet, but this decision was made with SGR so that we can introduce Abyss Raids to the game sooner rather than later they are a unique part of Lost Ark and a big draw for players

Right, one the concerns I’ve seen expressed is that you warm so much more gold in T3 and that people that do that will be buying gear like engraving books for alts, making it difficult to purchase anything if you didn’t push ahead

Are you using exitlag?

Wow, Amazon is getting excoriated for the T3 content decision on the LA forums

I’m seeing mixed responses but I’d say majority positive from people that have been playing in KR/RU. I simply don’t know enough about it to really form an opinion myself. As such I’m not going to get too worked up over it.

I’m hoping this means that the “missing” classes will be dropping sooner rather than later?

Plus, new players that wanted to play multiple alts to find one they like to main are now going to have to pretty much pick one at the start and stick to it. Those that wanted to main an unreleased class are mostly just screwed since changing mains at T3 is painful.

I’m seeing mixed responses but I’d say majority positive from people that have been playing in KR/RU.

Well, yeah, those are the ones that know what they’re doing, what their main will be, and will make a killing in the AH. I’m sure they’re very happy.

I am keeping my plans to do what I want to do. Going to try at least two alts. I doubt I will ever really play the really high raids in any case.

Every single video I have watched has people gushing how fun the game is to play. Do not lose your joy before the game has even launched.

Are you using exitlag?

Yes, here is the video I posted in the Wanderer’s channel that gives you a really simple tutorial on how to get it working and using the English translation patch. The most important bit after you install is to load it in this order: Exit Lag → Start Gamecenter → English in LOATranslation → Start Lost Ark.

You get 3 days free trial, if you decide or need to buy a 1-month subscription use the code Papunika to get 20% off (for like 4$).

If you care about getting a name before they are gobbled up and decide to jump on the server I would recommend that you make the customized face of your first (or all your planned alts) on there and take notes to be able to grab your name ASAP and also play sooner than later. There is a lot of customization. I can provide the file I used to take notes on the 3 I’ve done so far for myself, just so you can fill in your own values if you like.

On the other hand, another aspect I’ve seen talked about is gearing up for T1 or T2 and then rapidly moving to T3 could be a pretty frustrating experience since you’re ‘wasting’ a lot of effort in upgrading gear that is rapidly deprecated and they are looking to avoid that.

I’m in the “I have no idea WTF I’m going to play” boat since my only experience with the game was playing the beta up to L25 or so. I’m going to try not to stress too much about it or feel pressured and remind myself it’s not a race. :) Gonna start with Gunlancer even though that is very much not my style, then hit up Sorceress after. We’ll see how it goes!

The 1-50 content is probably 20 hours for a casual player that kind of plays the golden path and doesn’t get bogged down by every side quest, so if you play for even a month you’ll be into at least some of the endgame content. I have no idea how fast it will be to progress through to the T3 content by just playing and upgrading your gear but it’s conceivable that 1-to 2 months might get you there as a casual.

I think if you are planning on being in a Guild right away that will have the most influence on how fast you try to go. Keeping up with your friends etc.

Gonna start with Gunlancer even though that is very much not my style, then hit up Sorceress after. We’ll see how it goes!

I recently tried Gunlancer on the Russian server and ho boy it sure isn’t my playstyle. It was kind of a shock going from any other class with a forward dash to him. Godspeed! :)

The thing is, all that experience in how to play your main in dungeons and the games mechanics you’d be getting in T1/T2 and generally settling in to learn the game’s ins and outs is now right out the door.

Sure you can take your time. But, if you don’t rush to T3 you’ll have an extremely difficult time affording the engravings and materials you need to level your gear by the time you get there because all the early levelers will have already borked the economy. I really don’t know what they were thinking.