Mafia 3 is quite a departure from the linear story in an open map approach of the previous games.

For example, the narrative will adapt based on which lieutenant you chose to run an area after you take over a district or business (by stealth, negotiation, side missions, or force). Who you side with will not only unlock unique abilities that can only be acquired through siding with that particular character, but the narrative will change and adapt to your choices.

How the player chooses to assign territory will generate friction amongst the members of your family (Vito and the Italians, Cassandra with her Haitians, Burke’s Irish mob), and the world fiction will play out in a number of different ways. The city you end up with, the characters, the state in which the characters are interacting with the player towards the end of the game, will be very different depending on the choices you’ve made throughout the campaign. At least that’s the pitch.

Some gameplay with German commentary.

Really love the choice of setting and year here.

Yeah, I’m digging the main character, the setting and the era of the game.

Goddamn. Watching the trailer again I wanna play this yesterday.

What other games would I have seen Hangar 13’s work in before?

Also, I know it’ll be a hot potato, so I wonder how they’ll handle it. In New Orleans in 1968, the use of certain words that are thankfully no longer part of the vernacular were used sometimes (too frequently) when white folks encountered persons of color. It’s part of that time and setting, though. It would be part of my character’s motivation, in fact.

Hangar 13 is a new studio 2K established not too long ago. It’s headed up by Haden Blackman who was previously at Lucasarts.

Mafia 3 is the cover story for this months Game Informer.

Over the course of our 12-page feature, expect to learn more about new protagonist Lincoln Clay, his lieutenants, and two new characters that aid Lincoln Clay in his revenge quest against mob boss Sal Marcano. The story also details Hangar 13’s new approach to building out the open world, reveals why the studio chose to set the game in a fictional version of New Orleans in the late '60s, and highlights the technological jumps the game is taking with its driving and combat.

Cover? That’s actually a print magazine? Good lord. I shall send my man to purchase it with a pouch of groats.

Nice setting, but the uber stabbing seems a leedle over the top.

Man, New Orleans looks so, so good. Please don’t let them blow this.

That looked far better than it had any right to. Day 1!

That’s a trailer that out-movies the movies. Powerful, great choices made there.

If you want to watch the video without having the login to youtube requirement, click the “share” button for Embed, then use that link as source.

If you want to watch the video without having the login to youtube requirement, click the “share” button for Embed, then use that link as source.

That didn’t work for me. It just takes me to the same page asking me to log in.

That didn’t work for me. It just takes me to the same page asking me to log in. 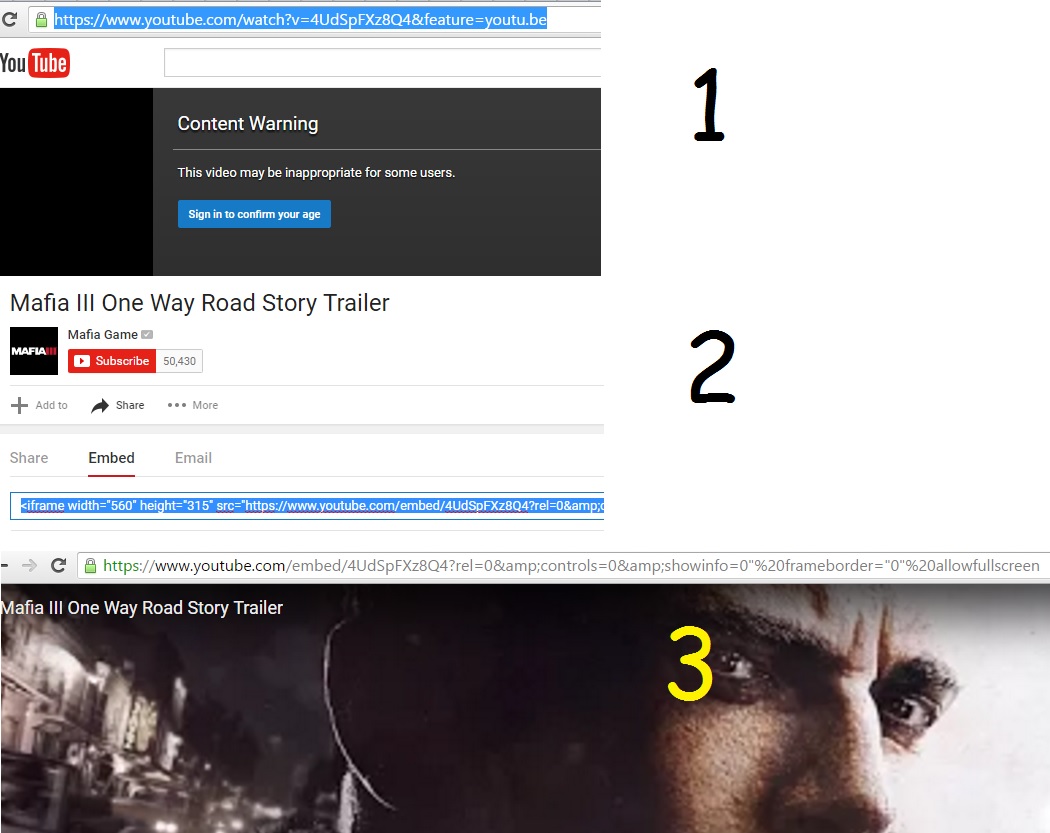 That’s a trailer that out-movies the movies. Powerful, great choices made there.

this URL works without a login: