Well, per the movies, Dr. Strange will make mistakes when he’s goaded by his ego, and Captain Marvel can get a call from some other planet and will just leave in the middle of your tactical battle.

It’ll undoubtedly be handled the way literally every superhero game handles it: By normalizing their gameplay power and focusing on using per-character mechanics and visuals to communicate their particular awesomeness.

Telefrog, that would be so cool if in game!

Putting the big name Avengers in this kind of makes sense from marketing perspective, but it’s terrible thematically. Iron Man vs Mother of All Demons just doesn’t really track.

I think that makes for a very interesting contrast to me. It takes IM out of his comfort zone. In addition Jake Solomon has said that there will be some conflict in the game between IM and Dr. Strange re: tech vs magic. Sounds interesting to me.

Surprised no one has posted the IGN interview with Jake Solomon, lots of good info here: 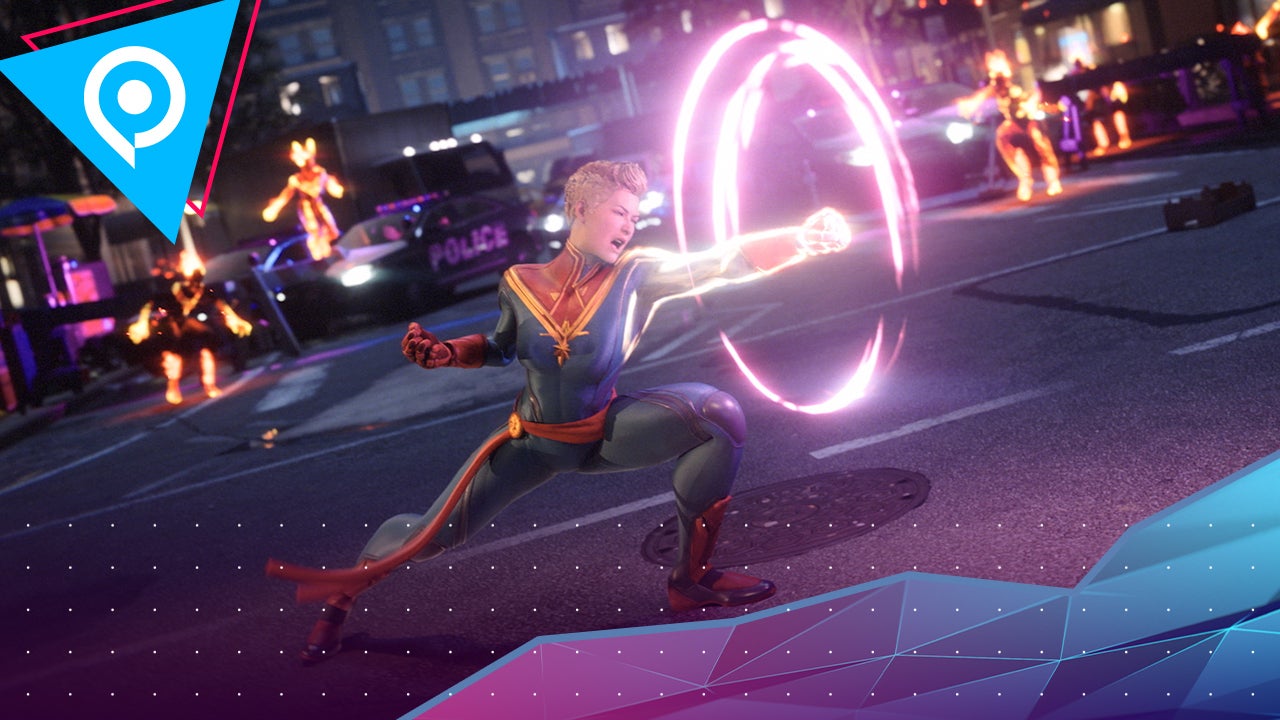 Marvel Midnight Suns is the latest from the team behind XCOM: Enemy Within and a new type of game from the team at Firaxis. We sat down with Jake Solomon, the creative director at Firaxis to ask him about the series' inspirations, how the new Hunter...

An interesting take away is that we haven’t seen all of the heroes in the trailer. Jake says that 12 heroes will be available, but there are only 10 (including the “Hunter”) in the trailer so there will be 2 to 3 more available to play.

It’s also interesting that Marvel approached Firaxis and the Xcom team about doing this game because some of them were big fans of XCom (in fact in their first meeting, a senior exec VP had some issues about the final battle in War of the Chosen he wanted to tell Jake about :) )

You’ve heard of three of them, because you saw New Mutants and liked Anya Taylor-Joy in it - she’s playing Magik in that movie!

Nico Minoru is one of the Runaways, and you can see her in the Hulu show.

You’ve heard of three of them, because you saw New Mutants and liked Anya Taylor-Joy in it - she’s playing Magik in that movie!

Ah, right, I forgot that’s who that’s supposed to be! The chick whose mutant genes let her summon a magic sword and a pet dragon! Comic books, man.

But if I recall correctly, they never said her name was Magik in New Mutants, did they? Just like they never call Vulture by name in Spider-Man: Homecoming or Taskmaster by name in Black Widow. I mean, I know they’re supposed to be those characters, but I love how movie makers get selectively sheepish about comic books silliness.

Surprised no one has posted the IGN interview with Jake Solomon, lots of good info here:

Thanks for linking that interview @Grifman, that was very informative. It also kind of addresses the concern @tomchick raised in the original article:

On one hand, I’m glad to see Disney exploring the, uh, overlooked elements of their shiny new IP. But on the other hand, they couldn’t spare something a little more mainstream for the folks at Firaxis who brought us XCOM?

Solomon also mentioned that the Firaxis folks also like being in a largely underdeveloped part of the Marvel universe since it gives them more leeway to do their own thing.

I don’t think any of them get their comic book code names, no.

(And the pet dragon and sword are because she went to hell and learned magic. Her mutant power is portals. Not that you’d ever get that from the movie.)

Jake’s teams are the source of the only relevant output from Firaxis in years and years. Outside of that pedigree I’d have no interest in this, but maybe it’ll be cool.

The lack of permadeath, and the party of 3 make me wish for a proper XCOM 3. I would have preferred a 40K XCOM by a huge margin…

Probably not these Runaways:

That was the first thing that came to my mind. “Wow, can I play as Joan Jett or Lita Ford? Cool!”

LOL I just watched the video and thought the exact same thing!

Yeah, that’s how Ghost Rider looks in the comics these days.

Have you played Warhammer Chaos Gate? The best way I can describe it is original X-COM tactical battles where the player is the ultramarines and the aliens are chaos marines. Sadly, it was a one-off.