You know if someone posts about someone you don’t know, Google is a thing, right?

Allow me to rephrase - is there some reason to think she’ll be good in this? I’m going to resist going on the usual BBT rant but, suffice it to say, that’s not an encouraging resume.

That’s not a rephrase, that’s entirely different question lol. And one that can’t be answered yet, I’m afraid.

She did just spend many years on a very successful comedy show. 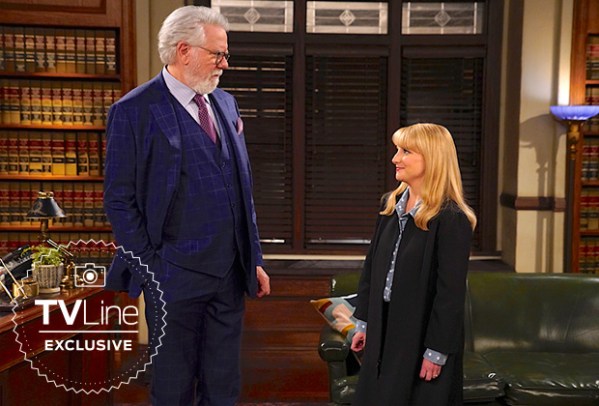 In his latest battle with a Judge Stone, Night Court’s Dan Fielding certainly has a height advantage.

Oh hey, there’s an air date! Maybe that’s not news to anyone else, but I don’t think I had seen it before: 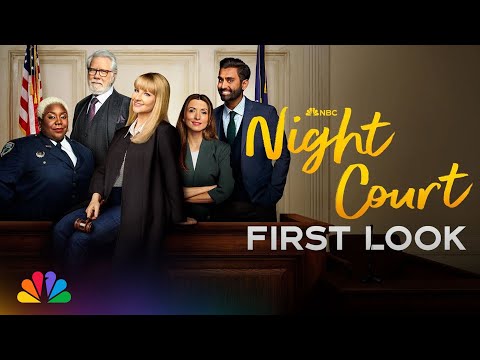 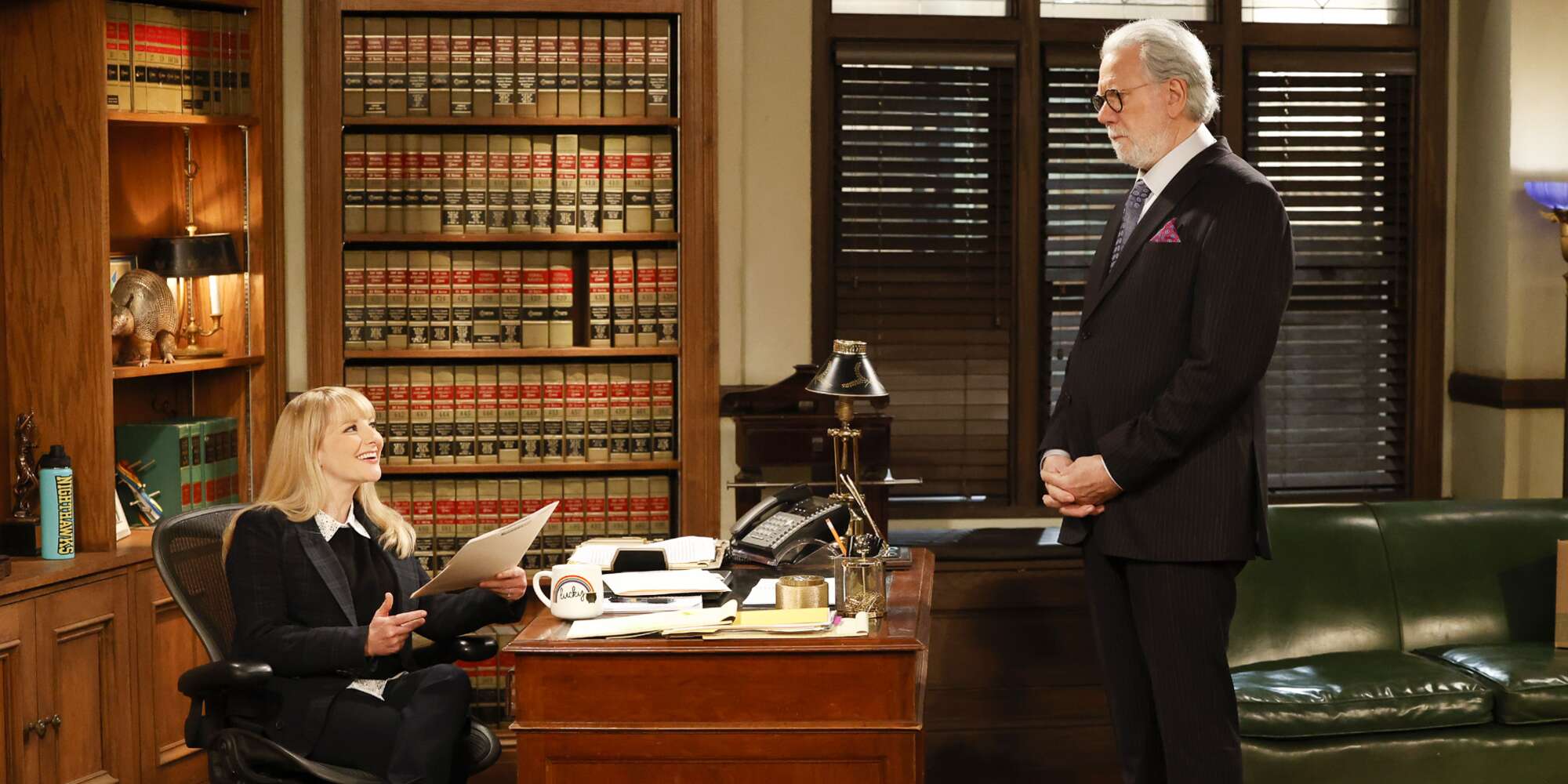 No one asked for NBC's 'Night Court' revival, but it's actually okay

We're not sure why NBC decided to revive 'Night Court,' but the new series starring Melissa Rauch as Harry Stone's daughter is perfectly fine. Read our review. 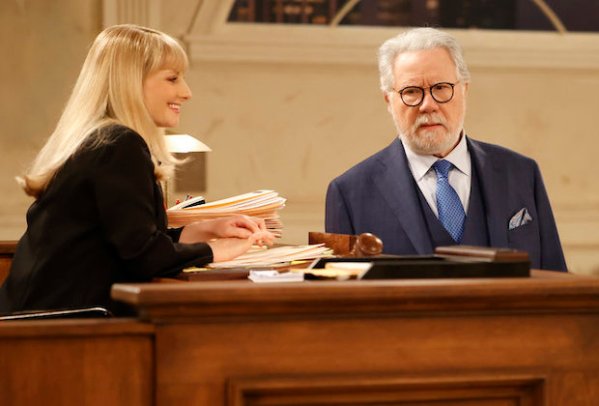 Let me be the only person on the Internet to say, “The verdict is in” — NBC’s Night Court revival is looking like a hit.

I did watch the two episodes that aired this week and honestly found them fun and charming, and I got a few LOL’s each episode as well. Will keep watching. Looking forward to getting into new episodes where most of the best bits weren’t spoiled by the ads though, which I admit is fair given they want to put their best foot forward to get folks watching, but I think I’d have enjoyed them even more if I hadn’t seen so many scenes beforehand.

I watched the two episodes last night as well. It was charming enough, but to be honest the only real draw at this point is Larroquette returning as Fielding. I’m hoping the other characters develop into characters, and it’s probably not fair to compare someone who’s been around as long as Larroquette, not to mention returning as a character that’s had years to develop. But the others seem fuzzy - I think the new bailiff oddly seems like a blend of Bull and Roz, depending on the situation. Rauch as the new judge seems solid enough, and I like that they’ve kept the undertone of weirdness of the courtroom - the flock of carnivorous pigeons living in the ceiling amused me. I’ll be onboard to see where this goes.

Is it a good watch for someone who hasn’t watched, or at the very least doesn’t remember, the original?

It depends on your general ability to enjoy a laugh-track style sitcom.

Yeah, it’s definitely a throwback. If you like Larroquette, I’d say it’s worth checking out. Otherwise I’ll have to chicken out and say your mileage may vary. 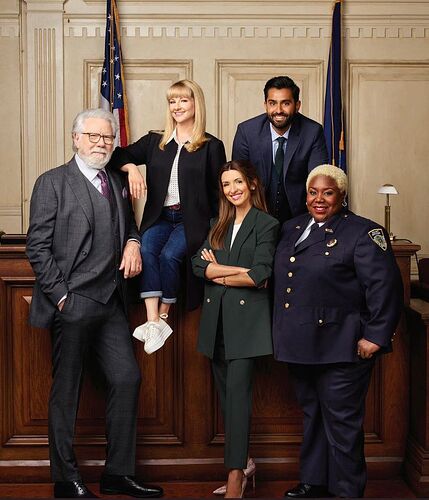 If you like Larroquette, I’d say it’s worth checking out.

Pretty much this, if he wasn’t in it I’d probably be done with it after these first 2 episodes.

Pretty much this, if he wasn’t in it I’d probably be done with it after these first 2 episodes.

Agreed. He’s what might make me come back. It looks like a standard network sitcom now. It may get better but the formula is already a bit stale.

Reviews have seemed to agree that the show gets better over the course of the first 6 episodes. I think even the end of last weeks episode (3 overall) was better than anything previously. But we’ll see. It certainly hasn’t hit the same level as the original yet, but then again, season 1 of the original didn’t hit the level of later seasons at all.

I’ll keep watching for Melissa and John. At least for now. Plus, it’s a lead in for American Auto, which is very enjoyable.

I am having issues separating Melissa 's character from her long time on Big Bang Theory, I am just waiting for her voice to change and start yelling. :D 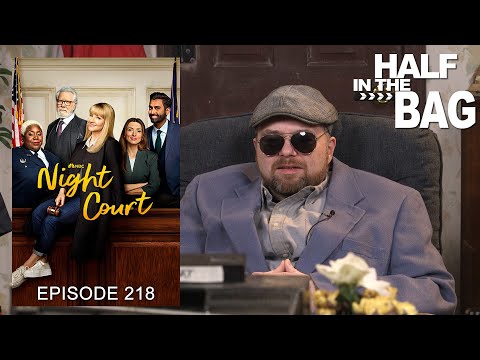 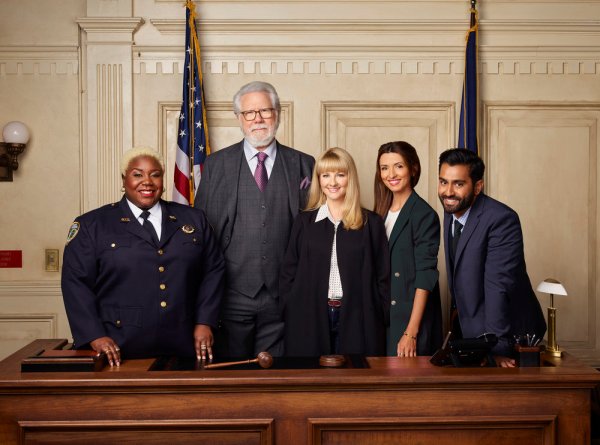 NBC has renewed Night Court for a second season following the airing of the revival’s first four episodes. NBC says that Night Court has reached an audience of 25.7M in delayed viewing since …

It’s werid to watch this after enjoying the pilot myself - I never realized before they edited it to make the show less funny. For example, in the actual episode there isn’t uprorious laughter after Dan says his wife died. I get they are doing a bit, but that really annoyed me.