Figured we need a thread for this. I am getting Myst vibes from what I’ve seen. Lots of exploration and puzzles in a single solar system that resets every 20 minutes, but changes happen over time as you solve stuff. This is a FIG funded game. Timed EPIC exclusive, will be on Steam at a later time. 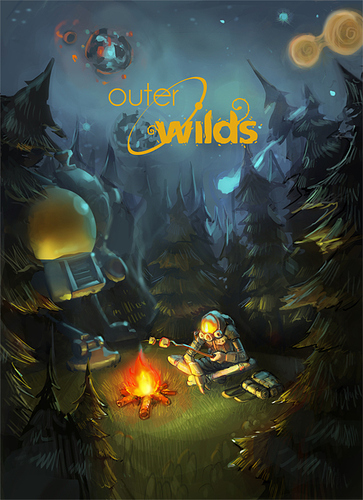 Outer Wilds is a space exploration game where you uncover the mysteries of a solar system stuck in a time loop. Blast off into a fully physically simulated cosmos and seamlessly journey from planet to planet in search of the answers hidden in the... 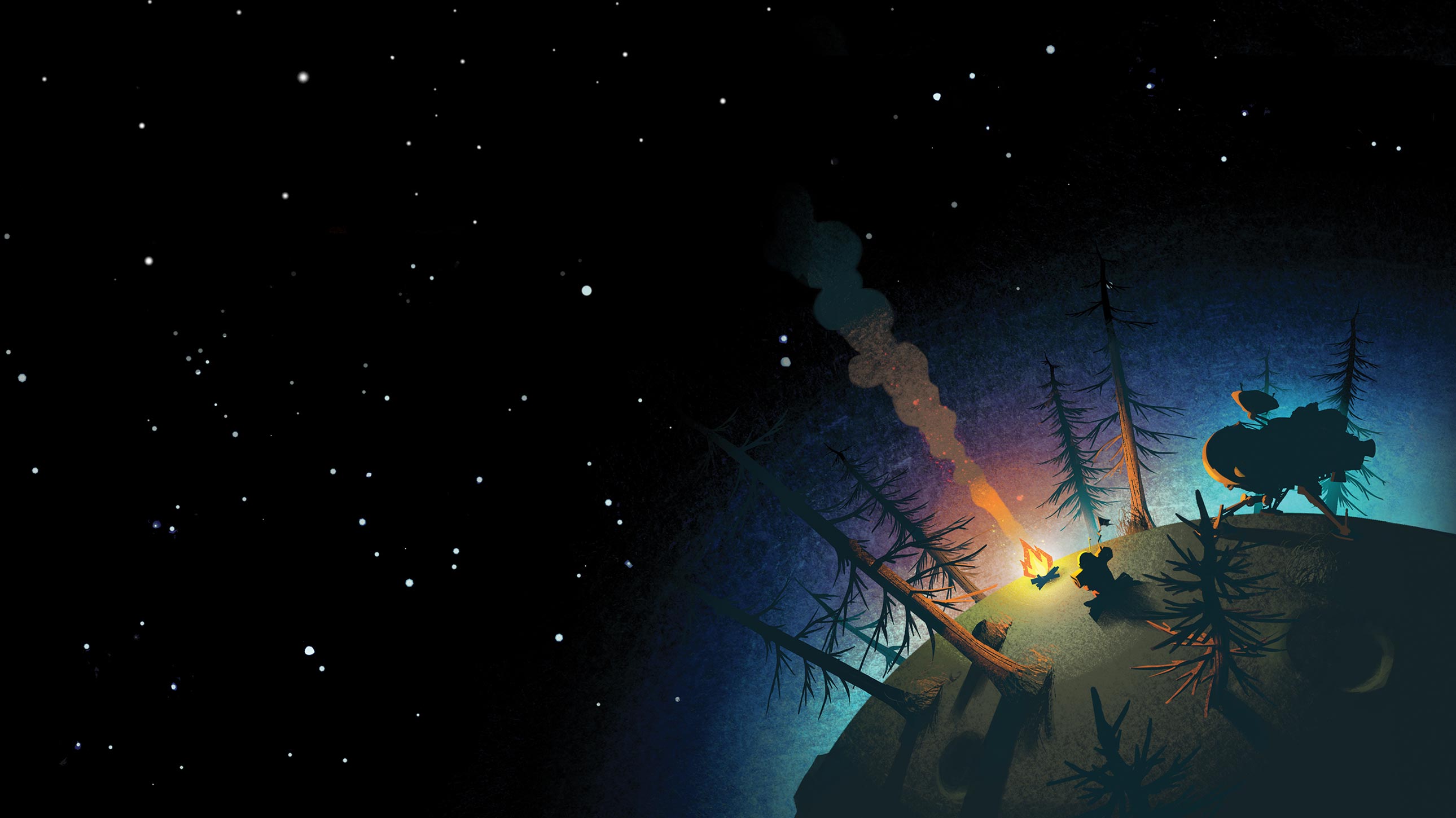 Outer Wilds is an open world mystery about a solar system trapped in an endless time loop. Welcome to the Space Program! You’re the newest recruit of Outer Wilds Ventures, a fledgling space program searching for answers in a strange, constantly...

Explore a handcrafted solar system and contemplate mortality in this wondrous, ecological adventure. 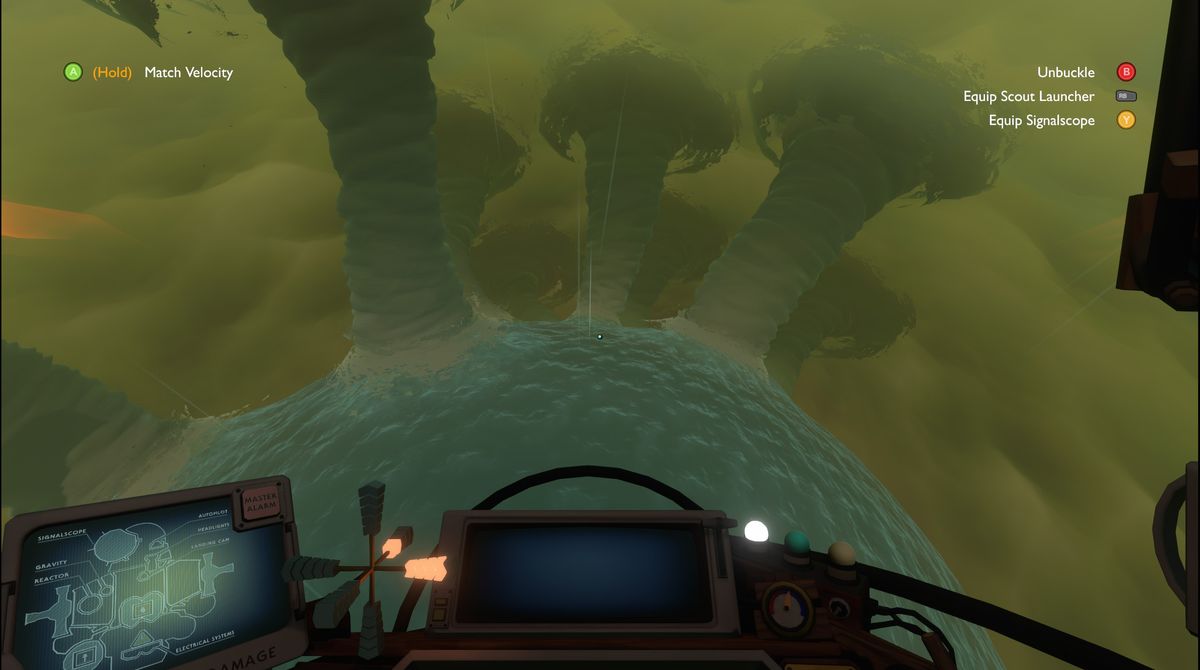 Explore an exploding solar system in the next great mystery game. 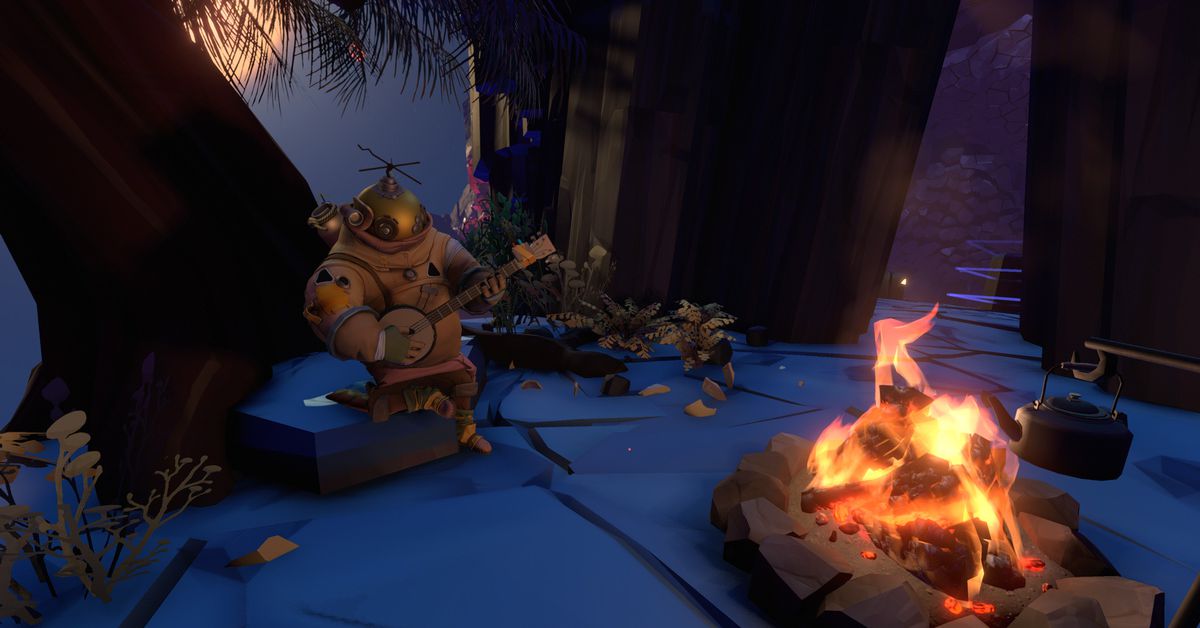 Outer Wilds is Groundhog Day in space, with a tantalizing mystery at its core

With every death, I learn something new Beat me to it! GP is really the best deal in gaming, and they’re getting some great Indies for day-one releases.

In addition to Game Pass, they gave it away as a Mixpot prize at last year’s E3 I think? Anyway, it’s been sitting in my game list forever.

I either didn’t know or forgot this had spaceships in it.

And if it didn’t change since the demo’s days, you can get in and out of it and interact with it fluidly, a bit in the vein of Rodina.
The demo was a condensed essence of everything I love about space: fascinating and terrifying. Too bad about the Epic exclusive. I had funded it but won’t be able to play it for quite some time still.

@BrianRubin, here is what they have to say about the spaceship and space suit:

Unusually for a game featuring a timeloop, there’s no secret element of linearity in the form of ability unlocks and upgrades that persist across sessions. You’ll use the same tools throughout, and if they seem rather eccentric, they’re actually quite straightforward. The heart of it all is your spaceship, a three-legged, boiler-powered packmule of a vessel that can manoeuvre across 360 degrees. Equipped with a limitless energy supply, it’s tough enough to weather a few crash-landings and comes with an autopilot to help you fumble your way into each planet’s orbit (bear in mind, though, that the autopilot has no qualms about taking a shortcut through the sun).

The ship houses your second most precious belonging, a space suit, which packs around 10 minutes of oxygen and a jetpack. Run out of juice for the latter, and the suit will automatically switch to expelling oxygen for propulsion, so you’ll need to keep an eye on both gauges while tackling the tricky platforming routes that predominate on certain, less stable planets.

The review makes the game sound great (same for the RPS video posted by @lordkosc ). Thanks to the posters above for mentioning it’s available GamePass. I was going to buy it on the Epic store. But I don’t even need to. Looking forward to playing it.

Oh sweet, saved me from buying it.

This game is wonderful. It’s so rare to play a game that nails the experience of exploring the unknown like this.

It’s so rare to play a game that nails the experience of exploring the unknown like this.

Have you played Subnautica, how does it compare to that in terms of exploration?

The scope are absolutely not comparable: the early comparison in your first post with Myst is quite apt, probably, but it is very unique.
Yes, I haven’t played the game but I am still able to answer like I did; I am that formidable!
Play the free prototype, really, if you are intrigued by the game but not sold about it.

I’ve only played the intro area + flying to the first planet the game recommends you go to, but the experience of entering the atmosphere of that planet was pretty overwhelming.

Have you played Subnautica, how does it compare to that in terms of exploration?

Yes, it was my pick for number one in the QT3 GotY awards :)

This game actually reminds me of it quite a lot. Not so much in terms of gameplay (there’s no base building or hunger mechanics for example), but like Subnautica it nails that sense of mystery and wonder as you explore strange new worlds.

If you liked the mystery and exploration of Subnautica, then I defintitely recommend this.

I picked this up in addition to Void Bastards. Looking forward to playing them both. It’s rare for me to be with the times!

This is Windows only?

Is this game that would be better on a good PC or on a TV with surround sound? Although I guess with the Epic sale it makes it a no brainer regardless.

Not watching videos to see for myself because it sounds like a game I’m better off going in blind with.

Bought cant wait to play. I just hope there are not many puzzles. I hate puzzles as much as I love exploration.

Yep - right there with ya.