I got a Trickster up to level 30 and was thinking about trying another class. I thought the Technomancer might play the most different, assuming I was able to snipe, but that doesn’t seem all that realistic. Anyone have a suggested next class?

I had a good time with the Trickster. Ended the campaign at WT 10 and then played a few expeditions up to CT 7, and got WT up to 13 as I was grinding for the last achievement. I had the game use the highest WT for the majority of the campaign, but dropped it down a couple times when there were difficulty spikes that I couldn’t seem to get by. WT 7 seemed to be the biggest spike. I had to respec and pay attention to my gear more after that. Really like that respec is free and easy to get to.

I love auto-loot. Actually, they made all the inventory management really easy. I spent almost no time managing inventory, which is awesome.

There is a website that exists for Movies and TV shows. https://www.doesthedogdie.com/. It covers a range of items, including if the movie or tv show has spiders in them or not.

yeah - sorry if I miscommunicated that - it was just that it could be a great website, especially for those of us with slight discomfort towards arachnids!

I’ve really been enjoying this. After my Trickster, I ended up playing a Devastator, then Pyro and Technomancer (so all 4 classes).

I got to about CT10 with my Pyro before running into some survivability/dps issues, and switched back to my Devastator, which I really enjoyed all the way to CT15. I thought it would be the end of my play time with this title, but I decided to give the Technomancer a go, and OH MY GOD… I can’t even call this a glass cannon, it is like a glass death star. The amount of DPS the technomancer is capable of is insane. From what I’ve learned, I have some ideas now for my Pyro and Trickster to get them up to CT15, we’ll see how that goes.

Really having a great time with this. It isn’t without issues (matchmaking needs way more settings), but it is scratching a great itch for me right now.

I just picked up this game on PS5 since they had it on sale. I’ve only been playing solo, but have really enjoyed my time. I played the demo as a Pyro and wasn’t really feeling that class, so I switched to a Trickster and that has been awesome. I think it may be the best go-to class for solo players. You can pretty much just ignore cover, get into every enemy’s face and blast away with a shotgun to keep yourself effectively invincible for the entire encounter.

The weapon perks also get a lot more interesting the deeper you get in the game. Ironically, I think the demo kinda undersells the game’s virtues in a lot of ways. I think it’s easy to get the impression that the weapons will be super basic, that your enemies will be mostly human and that you’ll be spending most of the game in and around the starting town. There’s a ton of environmental variety and enemy types in the full game and there isn’t nearly as much level reuse as other games of this type. Most side quests, for example, will take you to a unique offshoot of the main level rather than just reusing main quest locations.

I’m also really enjoying the wry style to the writing and story.

I too have been playing this on PC recently!

As for class, I am always struggling to settle on one, but currently playing a Pyromancer at level 19. Its kinda insane, but it can make a bomb out of anyone, whether I can see them or not. Through mods, whenever I do so, all those within range are “Ashed” (Cant move), and when the bomb goes off, everything dies. So - That means I can just stand behind a wall, not seeing anyone, and just use the ability to set off people as bombs - kinda insane!

I tried the demo and this was one of the most average video games I ever played, but I would have given it a runout for free* if it came to GamePass PC.

All things come to those who wait… 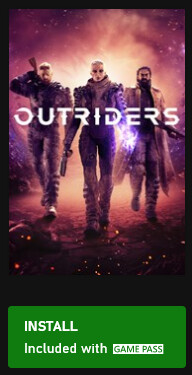 I started to play this game. 4 hours and change for now.

The impression the game gives me is that is… repetitive. Yeah, i know action games are by nature repetitive, but this one is even more than usual. They key imo is how every class gain health. The horde of enemies are so numerous that the only way to survive is to be able to constantly gaining health back while fighting them, while at the same time you control your position to somewhat limit the number of people firing at your at a minimum.
For example, I got the ‘tank’ class that recover health with enemies killed at close-ish range, so yeah, the entire game is what I described, making sure I rush to them in every fight, while at the same time I avoid getting in the open battlefield flanked by several enemies. That’s all there is, with this class.
You can’t vary your behavior to another style, as then you will end up dead. The way to vary your playstyle is to pick another class, but for that you need to start a new game, they can’t be changed.
If the campaign would consist of playing with every class for 6 hours each, that would give you the variety I’m missing here.

Your selection of skills will make the playstyle different in an individual class. You only get these skills to unlock as you level up, so you still have to play through for some time with a limited set of skills. A Devastator (the ‘tank’) using Earthquake, Gravity Leap and Golem, plays pretty differently than one using Endless Mass, Impale and Reflect Bullets (for example).

You can get through the campaign in less than 6 hours if you keep it to a low World Tier and rush through. I took my time with the first class, but for a couple of the other classes I rushed through in order to get to the expeditions (end game).

I played all 4 classes and used different styles during my tuning of each build that I was using. Firepower v.s. Anomaly builds are very different within three of the classes (the Devastator doesn’t really have a viable Firepower build). With that said, sure it is repetitive. I think most games are and it is just a matter of you enjoying that game loop. If you don’t, it feels repetitive and if you do then you have fun. Maybe…

@TurinTur After a while your weapons and armor begin to matter, due to the way they interact with your class skills. Its very much a game about making builds work for you, and thats the variety. 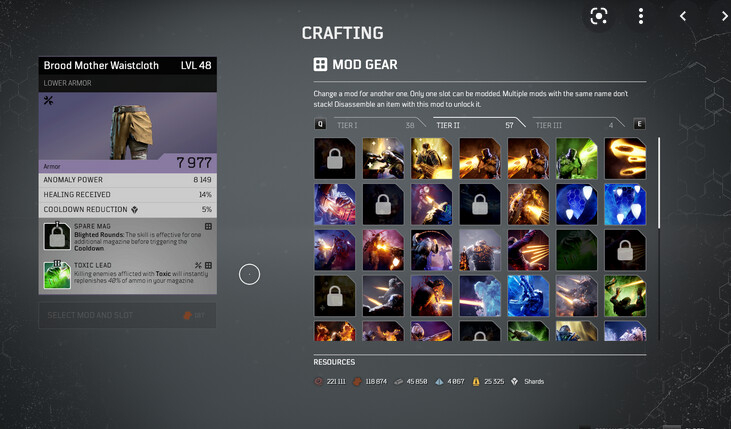 I started a new character with the Technomancer class, and boy, it’s much easier than the Tank. What’s balance.

edit: the setting is interesting. It’s so gritty, so much a crapworld, so much a harsh post-apoc scifi, where the left Earth destroyed to reach a new planet where they reached the same post apoc status in record time… that I only can see it imagining a wink with the dev faces. Which makes sense as the devs are the same as Bulletstorm, a game that definitively combined violent brodude story with a ironic wink.

Balance isn’t really a thing until the endgame here.

All characters can of course complete the game, but some do it easier than others.

I found the Devastator the easiest to get to CT 15, the survivability in Expeditions is very nice. But I rushed the campaign with it, so I have no idea how it would be playing the campaign and keeping WT to a decent level. It is the only class I managed to solo Eye of the Storm with.

Which class is flat out most fun to play solo?

I intend to only play this once, and only the story campaign.

I’d vote for the Trickster.

I would vote Pyromancer…though you will initially feel week the first few levels until you get some mods. I played through them all and intially I thought Trickster or maybe Technomancer was the best, but once I got in the groove for Pyromancer, I enjoyed that class the most.

Thanks, so now I still don’t know. But Silent provided more of a argument so I will probably go Pyro :)

Trickster is an amazing class. Its probably something akin to a rogue in other games - Fast, deadly, responsive and you are ALWAYS on the move. You don’t hide behind barriers much, because your health depends on getting close and personal, as does a majority of your available skills.

Its very, very fun, though. I cannot overstate how much fun it is teleport BEHIND the enemy, slow them, and then either shoot them, or simply vaporize them with a skill that leaves nothing but ash.

Boy, I sound like a psycopath, but - It IS fun in this game!

Pyro on the other hand, has a ridicolous skill that lets you attack enemies through walls and mountains. It certainly makes it a lot easier , but it felt a little bit like cheating. Its very strong though.

So it was a good idea when I changed class. I enjoy much more playing with the Technomancer, which feels more versatile than the tank.

In the end, I can say I’m enjoying the game a fair bit. I’m at… level 25 or 26, world tier level 10, on a location called ‘The Gate’. Which from what I’ve seen, it’s pretty good.
I like it more than Destiny, on the latest unlocked World Tier it gets tough but fair, having to act smartly and decidedly to survive, unlike the borefest that is Destiny. And you still have several tiers to customize your experience, if you desire something less hardcore. The more active and more commonly used abilities of the classes are more fun than in Destiny, and the RPG aspect with the perks, the abilities and the loot upgrade combos are more interesting. The combat is meaty and satisfying, too.

The only problem I have on the gameplay is the lack of enemy variety, it’s the same seven enemies always with some slight variations. Normal guy, elite tough guy, miniboss guy; or critter, big critter, elite big critter, spitter, flying critter, and not a lot else.

That said, I would prefer it if it would have been a FPS. And I don’t think I’m the only one. Let’s admit it, the market has spoken about what is preferable. The most popular shooters are CoD, BF, Halo, CS, Valorant, Rainbow Siege… Gears of War is right now a tier below them. Don’t mention Fortnite or my argument will fail!

Also, the game is more ‘ugly’ than Destiny. I think it was an error to focus so much on making a gritty, post apoc, depressing, dirty look for the game. At least for the first 12 hours… Some people won’t connect with that. I think people prefer more the vast alien vistas and sumptuous color look of Destiny.

Still, it seems the game failed on the post-launch part:

From 125k to… a two magnitudes smaller number. In less than a year. Glups!