PC Cases: The Beautiful, the Bizarre, and the WTH?!?

I don’t think extenders would be necessary unless you are going for a certain aesthetic/color theme, or maybe you have an unusually large full tower or oddly designed case that just won’t work with the standard cables your PSU provides. IMHO extenders are just another point of failure and may stick you with even more cable length to manage and stuff into the dark corners of your case.

Most modern cases with PSU basements pretty much force you to route the cables behind the motherboards anyway since that dance floor is in the way, unlike the fully open cases of yore. So you will be at least doing that much cable management whether you want to or not, unless your PSU basement has a removable trap door or other access hatch and you decide to go full ugly. :)

Regarding thermals: Another thing I learned during my recent 12600K build was that many modern performance motherboards come with their BIOS set by default to ignore the CPU power limits recommended by Intel. Instead, they allow the CPU to draw as much power as it possibly can in order to boost for as long as it can until it hits thermal throttling limits. This tactic gives you a little more performance but at a significant cost in power usage and heat.

Changing the BIOS setting to enforce the Intel spec can drop your temps with minimal performance impact as your CPU will still boost as designed–it just won’t gobble up extra wattage on a drunken power bender. ASUS calls the setting “multicore enhancement,” but other manufacturers may have a slightly different name for it. The options for the setting may also be slightly confusing (e.g. Enabled, Auto, Disabled) and require some googling to determine the difference between Auto and Disabled, for example.

I’ll never understand you SFF folk, lol. I kind of get the people who focus on fan noise only in that I know it deeply offends the ears of some

You can also fit more of them into smaller spaces. I used to have a little Dell Optiplex (~$150 on Ebay or something) dedicated to streaming right next to my compact Trident 3. As it is now, I have more shelf space left beside the Trident, and more shelves too, since they can be shorter. It’s also quieter, but that may have more to do with design priority correlation.

Thanks again for input and advice everyone, really appreciated.

Took me an hour or three this morning, but Phanteks case and Noctua nh-d15s CPU cooler are hooked up. Right now just have the grille/filter on the top of the case, with the 3x140 fans up front and a 140mm fan at the back for exhaust.

CPU idles at ~33 degrees C, which for a 13th gen CPU seems crazy low. Did some work stuff on Topaz to upscale a video for work and the CPU spiked up to about 50C a couple of times, but that’s it.

And 3090 ti without its fans going idles 10 degrees cooler than it had in my older case. Must be an absolute jet stream going through there.

Honestly, better results than I expected! Thanks again, especially @mono for turning me onto that Noctua cooler. I’m not sure I’ll go back to an AIO.

The biggest downside of those coolers is simply the size, which can make it tricky to upgrade things like RAM, but in terms of longevity they’re way better than liquid cooling solutions.

The biggest downside of those coolers is simply the size, which can make it tricky to upgrade things like RAM, but in terms of longevity they’re way better than liquid cooling solutions.

The cool thing about that d15s is offset with just a single fan so it doesn’t cover any RAM banks. And there’s about an inch of wiggle room between it and the GPU slot, thankfully. It’s juuuust a bit less space than the full-size d15 which absolutely has the RAM overhang problem you mention.

The biggest hassle of this build was the GPU, to be honest. I’m not used to having that bottom area of the case kind of “walled off” from front to back (PSU housing, and two 3.5" HDDs and lots of cables live under there). I learned quickly to make the big GPU the last thing installed, because I spent about 20 minutes cursing the existence of the 4-pin fan connector and the 3-pin DRGB hookup. (Seriously, THIS close to just saying “Screw it, no lighting.”)

Now I think you owe us a pic or two of the finished product! :)

Maybe these will make it into future cases… 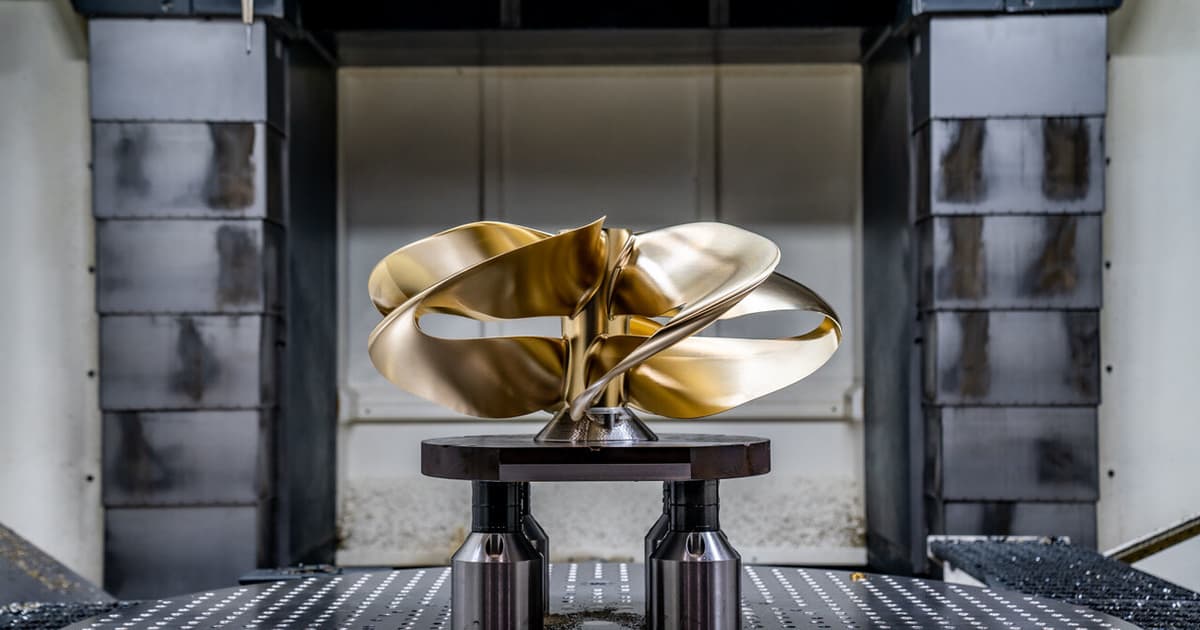 Toroidal propellers: A noise-killing game changer in air and water

These strangely-shaped twisted-toroid propellers look like a revolutionary (sorry) advance for the aviation and marine sectors. Radically quieter than traditional propellers in both air and water, they're also showing some huge efficiency gains.