There are various SSD types which have a huge impact on performance. SATA versus NVME used to be the big one, the interface, but now you have some NVME SSDs that are the same performance as SATA like the Intel 660 series.

Why is it slow? Well, it uses QLC NAND which is much slower than TLC, but configures some of it as a SLC cache, so the drive performs much better when it isn’t getting full. Cheaper SSDs often have no DRAM at all, or cut the amounts short, allocating less than the standard 1GB per TB of storage. The 660 series does the latter.

So just saying the PS4 and Xbox X will have NVME SSDs doesn’t actually tell us a whole heck of a lot about how the SSDs will perform.

But of course none of that really matters, because even the el-cheapo 660 SSDs are unbelievably fast compared to spinning magnetic disks.

It was set before. I remember being pretty happy about that announcement, since they chose not to go with the 4K Blu Ray players for the PS4 Pro.

Hey nice, they’re getting a 4K Blu-ray player. I’m happy to see that, since the PS4 Pro didn’t have one and they pretended no one wanted one.

Was there anything new about the stuff that was announced at CES?

It was CES, so of course not, it’s remarkable they did anything at all with the console at CES.

Sony has a patent that describes an SSD that gets rid of a lot of the cruft multipurpose devices need, uses SRAM to store indexes instead of DRAM, employs a specialized file system specific to the needs of games and features hardware decompression in the controller. The device described was posited to be capable of read speeds up to 20GB/s. It probably won’t be quite that fast, but there’s a good chance it’s faster than any PCIe 4.0 NVME drive available today.

This proprietary storage rumor, which would probably cost way more than a regular ssd if you wanted to upgrade your console storage, is going to be another reason why I think I’m off the sony bandwagon this cycle.

It probably won’t be upgradable, but if using the patent above, it could actually be cheaper to make by eliminating a lot of what you need in a PC SSD. I think they will probably allow you to use external hard drives as “cold storage” for PS5 games so you can have a lot of stuff on the virtual shelf. PS4 games would also be playable directly from an external drive.

I’m not sure the optical disc drive was set before that slide appeared?

It was confirmed in the first Wired article.

It was in the second Wired article. The first one only said physical media.

Exclusive: A Deeper Look at the PlayStation 5—Haptics, UI Facelift, and More

Now that the name is official, we've got more details about Sony's next-gen console—from the haptics-packed controller to UI improvements.

Regardless, It was confirmed before so only the logo is new here.

It probably won’t be upgradable, but if using the patent above, it could actually be cheaper to make by eliminating a lot of what you need in a PC SSD.

The Vita and its proprietary memory cards would like a word. There was never any technical reason they were so expensive.

No, they were expensive so Gamestop would carry the system. Not that it matters in this case, since I don’t think the SSD in PS5 is upgradable.

No, they were expensive so Gamestop would carry the system. 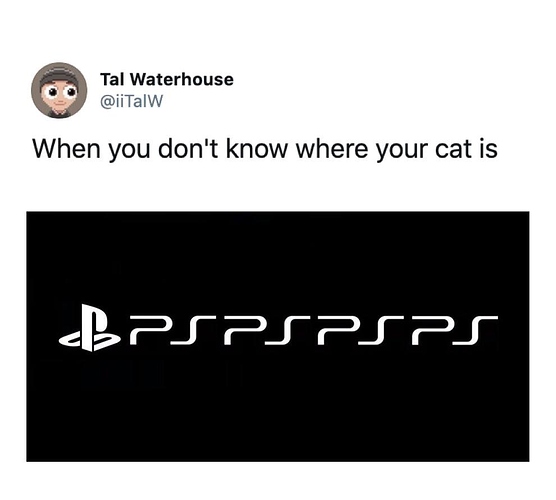 Remember that one time when E3 changed because it was too hard to produce content or something to make it exciting, and then for the next year all these creators bitched because no one was excited about their stuff. Well let’s sit back and watch what new thing they concoct this time.

Bummer that we’ll be deprived of the price game where one company has to announce first at E3. I would assume Sony will want Microsoft to announce price first again.

Who knows after the leak last year where they doxed all the press. Also it’s not close in regards to overall attendance, Gamescom crushes it, PAX probably does as well, nevermind some of the other foreign conventions like Taipei games show or Paris Games Week. They skipped E3 last year and looked all the smarter for it. Nintendo has been showing it’s mostly irrelevant with their Directs. In the age of ubiquitous streaming and social media they’ll get the same publicity whenever they do their event, now they don’t have to share the spotlight most likely. E3 simply doesn’t matter as much as it once did.

I think it’s a mistake not to have playable PS5 units at E3. Hardware launch years are a bad time to skip E3.

Rumor going around is that Sony will hold another February event like they did for the PS4 to announce the important details. We’ll see soon if that’s true considering January’s already half over.

Yup, I’d expect an official hardware reveal by early spring at the latest. I also don’t think skipping E3 is a big deal. If Sony does their own event, all the relevant people will flock to it.

For like the past five E3s Giant Bomb ends up on some E3 is dying discussion followed by wondering how many more E3s until it’s irrelevant. I think we are in its last gasps.

Nintendo has been showing it’s mostly irrelevant with their Directs

Nintendo has a huge E3 presence every year, they just pre tape their press conference. They live stream 5-6 hours a day from the floor and are talking with the press the entire time. It is not the same thing Sony is doing.

There are arguments to be made about E3 losing relevance but I really don’t think Nintendo is one of them.

Hardware launch years are a bad time to skip E3.

Is there any empirical evidence of that? Especially since the media (and retail) landscape is pretty different to the last generation launch. Why bother with E3 when you can just give Ninja or whoever a PS5?

I think it’s a mistake not to have playable PS5 units at E3. Hardware launch years are a bad time to skip E3.

Third party publishers will probably still have units there to demo their next gen games.

They gave E3 to MS last year and MS did very little with it.