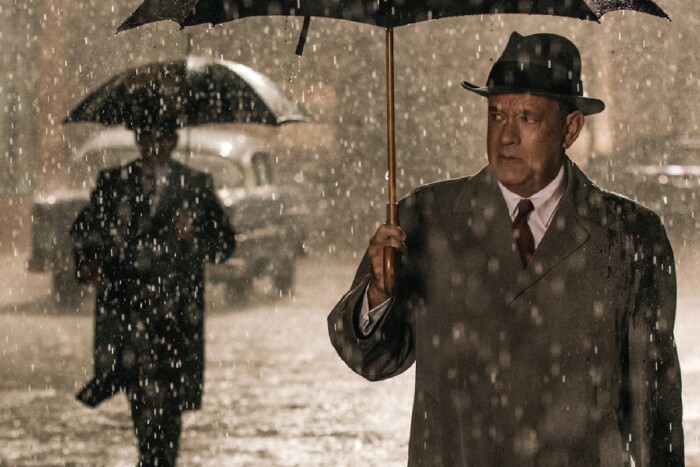 This week we watch Tom Hanks negotiate another Steven Spielberg movie. At the 1:19 mark, we revisit a previous 3x3 by discussing nonsense movie titles..

"Ich bin ein Bleistift" caught me off guard Kelly. I guess I wasn't expecting you to actually say real German words, haha. Also I have no idea what was with Tom Hank's voice in the opsis, but I loved it.

I have a little German in me.

Falconhoof, Donkey Talon, the 3x3 prosecutor demanding solitary confinement for two listeners, sword names, a raffle in the new year and Dave Perkins awesomeness. This was a great 3x3.

The Korean Air thing reminded me of a few things. Flight 007 was shot down on September 1 1983. Then after years of Reagan letting the soviets think he was a little crazy NATO went ahead with the Able Archer exercises in November. The Soviets thought the exercises might be a prelude to actual war. Couple all that with the Soviet warning system getting false launch alerts and we were in a very scary situation.

Yea, sorry to ramble there but it was an interesting time.

I had Falconhoof as two words but in the YouTube video it's one word. Was it one word in the email submission.

I couldn't say, but the reference to Scottish accent Would seem to only indicate a reference to Limmy who created that Falcon hoof character. :)

So so weird to hear the studio cut of that song. Almost forgot that version exists. I think the live version from the Under A Blood Red Sky ep became fairly definitive for not having that weird synthy thing in it.

OH! And jolly good podcast too!

I have heard you guys talk about the title for "Quantum of Solace" before, and I have never seen the movie, so I'm not defending it but....I believe the title just means 'the absolute minimum possible amount of solace', which might make sense considering how Casino Royale ended.

"You Only Live Twice" doesn't exactly make sense, but it does relate to the movie, in that the opening scene sees Bond supposedly killed (spoiler alert), so he has a chance to go undercover.

Hm. Not bad. Can you do Living Daylights, Tomorrow Never Dies, A View to a Kill or A New Hope?

I'm afraid those are beyond me, Kelly, especially A New Hope, which is obviously just gibberish.

Living Daylights - as in, scaring the living daylights out of somebody, I guess. What Bond does when he shoots the rifle out of a female sniper's hands.

Tomorrow Never Dies - "The title was inspired by the Beatles' song "Tomorrow Never Knows". The eventual title came about by accident: one of the potential titles was Tomorrow Never Lies (referring to the Tomorrow newspaper in the plot) and this was faxed to MGM. But through an error this became Tomorrow Never Dies, a title which MGM found so attractive that they insisted on using." (Wikipedia)

A View to a Kill - from the old hunting song D'ye Ken John Peel. "From a find to a check, from a check to a view, From a view to a kill in the morning."

Why do I think that this is the funniest thing I've ever seen while at the same time being unable to watch it for longer than a minute because I'm cringing too hard?

God, I hated the song "A View to a Kill". At least "You Only Live Twice" made for a good song.

Also, I think I once heard a radio adaption, which I'm assuming is faithful to the original book, in which Bond, while learning to be Japanese, composes a Haiku, something like, "You only live twice / When you are born, and when you / Look death in the face."

Glad you made a friend.

If there are only 7 monkeys then one of them must count as 6 not 5.