With the old thread being a few years old and pre-dating any official details on the game, let’s kick off a proper thread for what will probably be every professional outlets GOTY.

First, what prompted this thread is there are a ton of previews out there, so some sort of embargo must have lifted just a bit ago. Here is a good list of them, courtesy of ResetEra. 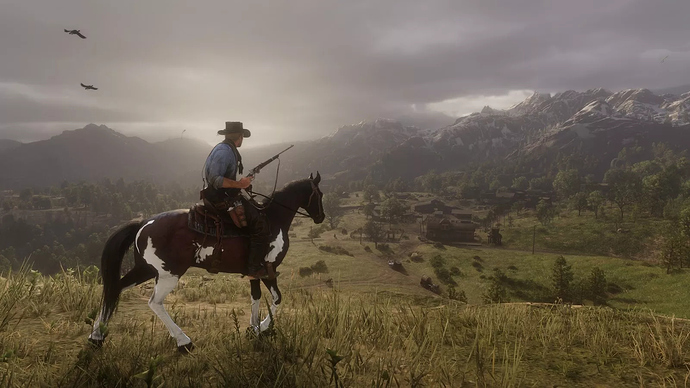 That thread has a nice bullet list of things we know about the game so far:

It’s coming very soon, 10/26 for PS4 and XBOX, but no PC details have been revealed as yet. Fingers crossed! 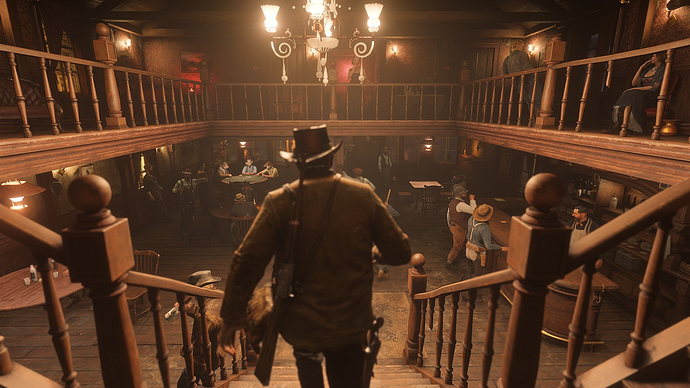 Information on the Online aspect of the game can be found here: 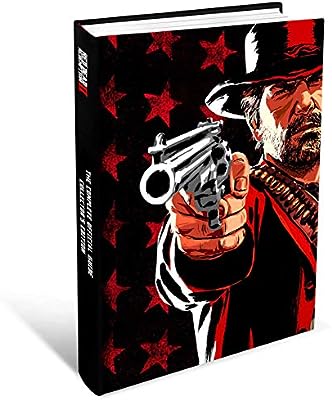 Information on the towns/cities in the game, and some world building:

Additional details I found cool from skimming some of the previews:

What? You had a wealth of thread names to choose from and you opted for “Red Dead Redemption 2 - The Official Thread”? I find this unspeakably depressing.

My Heroes have Always Been Red Dead Redemption 2

Once Upon a Time in Red Dead Redemption

Red Garrett and the Redemption Kid

A Fistful of Redemptions

For a Few Redemptions More

The Red, The Redemption and The Two

I just love these kind of slight procedural changes to the look of your PC. Some are customizable, but others change on time or how you play the game. Just adds a lot of character to the game

I added (and will keep doing so) additional details I picked up skimming the first preview I picked, Kotaku, to the OP.

Poll to rename the subtitle of this thread

Edit - I do also really like “For a Few Redemptions More” though.

Edit - I do also really like “For a Few Redemptions More” though.

I got inspired on the last three. You see my fave in the votes.

All right, so anyway …

You can physically see all your weapons on Arthur’s character model–you can hold only hold two sidearms and two long weapons (along with a knife, lasso, and throwables).

This is one of those minor details that always makes me happy. I love this in stuff like Mass Effect and Gears of War, that all your equipment fits somewhere on the body and not just in one of those video-gamey bottomless pockets.

This is one of those minor details that always makes me happy. I love this in stuff like Mass Effect and Gears of War, that all your equipment fits somewhere on the body and not just in one of those video-gamey bottomless pockets.

I like this too. I wonder if it increases when on Horseback. Also whether you will be able to have a base for more storage.

I went for the Ultimate package pre-order today.

Ok, this game just changed from “I’ll wait and buy it when I have time to play it” to “I’m going to buy it on Day One and put it in my backlog”. First Person mode! Wow!

I prefer the alternate title, Once Upon a Time… the Redemption, or the original Italian, Giù la Redenzione.

divedivedive changing his avatar to Bender is quite the mind fuck.

OK, you’re testing me. I get it. Yes, I did read the entirety of your post. So maybe it took three full reads to notice this, so what?

With that title, people are going to be able to easily find this thread, this is horrible. :(

First person is pleasant surprise, I was wondering if they would put in all that work again.

It sounds like a game that could move gaming a bit further again.