Surprised we didn’t give this it’s own thread. Trailer dropped today and it looks fun. 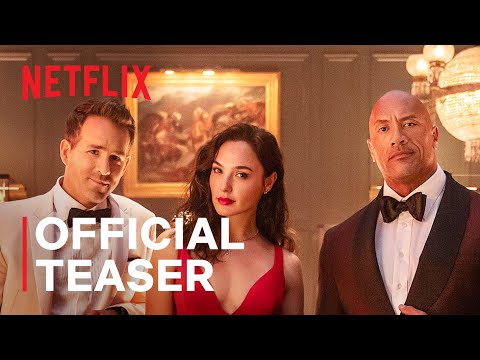 Holy shit that does look fun.

Look Reynolds and Johnson have both proven themselves as leads in action comedies, but neither is a guarantee the movie will be great—they both have some duds in their careers.

Gadot gave an adequate performance in a decent superhero movie and a terrible sequel. Does she have anything else going for her? She might not hurt this movie, but there’s no way she’s going to elevate it.

So all I’ve got to go on is a trailer, and this one looked weak.

Does she have anything else going for her

I mean not to point out the obvious, but there is a reason for that dress. Even if her acting ability has limits, she isn’t terrible by any means. And she does bring a smooth sexiness and charm. Her reply to Johnson’s line ‘we both know this ends with you in handcuffs’ where she practically purrs ‘promises’ is something she really brings.

This looks like it could be a lot of fun. Certainly the trio of leads are a big plus, meaning it will almost certainly be at least watchable.

I don’t really have this same opinion but at least in this trailer when she showed up and played Wonder Woman thief edition I had to stop watching the trailer because I lost all interest. She looks like an old school waif model to me and every time they have her be some badass I can’t see past the fact that she’s fighting with a capacity far beyond the muscles she has.

I guess I’m still bothered they went that way with Wonder Woman instead of using an actually strong looking woman.

It’s weird that you can’t find this on Netflix’s own site. You’d think if you searched for it, it would have a trailer and a coming soon page or something.

Huh, that’s strange. It’s on their iOS app, I marked it as “Remind Me” after I watched the trailer this morning.

Trailer was fun. Reynolds and Johnson were pretty fun. Gadot was, well, Gadot.

I can watch Reynolds and Johnson just be themselves in any movie and I’m there.

I don’t get the hate for Gal Gadot, she is the only bright spot in those Justice League disasters.

It’s not hate. It’s just that she is nowhere near the star level of Reynolds or Johnson. She’s pretty, and she has some charisma, but not at that level.

Yeah, what’s with you haters? Gal Gadot can hold her own in a leading role as well as any supermodel!

Exactly. No hate at all here. She is a limited actress, but a good one within those limits. And sexy charming rogue playing off Ryan Reynolds is certainly within her skill set. You need a director and script that can play to those strengths, but she is hardly alone in that!

It reminds me of the joke someone here made about John Cena in The Suicide Squad thread. John Cena thinks he is The Rock, when he really is Dave Bautista. Dave Bautista is fine, great even sometimes! He has a deadpan comic timing and a physical presence that just works in the right role.

But he isn’t going to be Brad Pitt in a leading role. It isn’t his strength. But in the right role, such as Drax the Destroyer? Absolutely perfect for that.

John Cena thinks he is The Rock, when he really is Dave Bautista.

Having seen some interviews with Cena, I’m not sure he thinks he’s the Rock. He comes off as a humble, likeable guy. He isn’t trying to be as charismatic and energetic as the Rock. Super-impressed with him taking the time and putting in the effort to learn Mandarin, since he’s shot a fair amount of stuff over in China.

I’m in. And this sort of movie is perfect for Gal Gadot.

I dunno, I’m not feeling it from that trailer. Which surprises me, I like all of the actors.

The trailer makes it feel like a Michael Bay movie, so yeah, I’m not feeling it either.

I like Johnson and Reynolds, but it also seems a bit designed by marketing committee who created a movie around a cast of actors that are really popular right now. It’s also the usual setup in which Johnson plays the straight man who’s paired up with a comedy relief guy (e.g., Kevin Hart, Jack Black), and Reynold’s quippy self is absolutely in his comfort zone, too, of course. It already feels overly familiar even if you don’t take into consideration that the two already appeared together on screen in Hobbs & Shaw.

That said, it’s Netflix, and I’ll certainly watch it when it shows up.