Free Solo is a documentary about Alex Honnold’s 2017 free solo (no ropes or other safety gear) 3000’ vertical ascent of El Capitan in Yosemite last year. 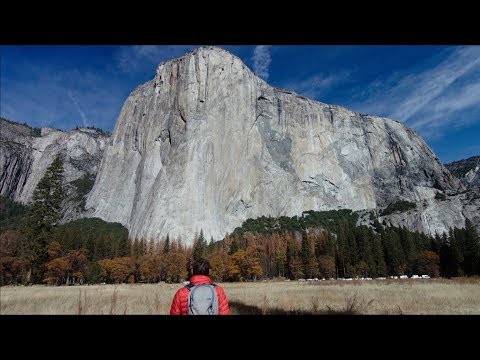 I just got back from seeing it in the theater. I think I can say that this is the best documentary film I’ve ever seen. It is funny, emotional and dramatic. I didn’t expect the documentary to be what it is–it’s not as much a chronicle of this climbing attempt as it is a chronicle of how what he’s doing affects everyone around him, including the film maker Jimmy Chin, who is an accomplish climber and has been Honnold’s friend for years. As the audience, we don’t feel Alex’s emotional journey; we feel Jimmy’s and Alex’s other friends’ and especially his girlfriend Sanni’s. It’s kind of a genius move. Alex himself isn’t relatable; he comes off as consumed, funny and oddly charming, but also kind of an asshole. It’s the people around him who make the film resonate emotionally.

Also, the film is maybe a master-class in how to create tension. It is in no way a horror film, but watching it felt like watching horror. I left the theater with my neck muscles aching and my palms slick with sweat (even though I knew Honnold was successful.) Definitely worth seeing, even if you don’t know anything about climbing. If you get a chance to see it on the big screen, it’s worth it.

Thanks for the recommendation - that’s definitely one for my list. Doubt it’ll come out in movie theaters over here though, so I may have to wait until it pops up on Netflix or Prime.

Really enjoyed Valley Uprising, which Honold also was a part of.

This finally got a theatrical run over here, and I watched it in our local IMAX - definitely worth it. It was the kind of movie I expected it to be, and the last half our of it is so intense that one feels a bit exhausted by the time the credits roll. Lots of good footage, and they do a good job of showing just how batshit bonkers this feat is.

Alex himself isn’t relatable; he comes off as consumed, funny and oddly charming, but also kind of an asshole.

I’d be surprised if he is not somewhere on the spectrum, which would explain why he’s so focused on that thing and has a difficult time emotionally connecting with others.

Have you guys seen Meru from the same directing team? Though the climb featured in it is not as impressive as what Honnold did in Free Solo (that’s a high bar to clear though), I actually think it’s a slightly better film overall. Part of that is because the three climbers it stars—including co-director Jimmy Chin—are a bit more relatable than Honnold and had to deal with some traumatic events before and during filming. If you can’t feel for Conrad Anker in particular, I don’t know what to tell you. It does hit some of the same story beats as Free Solo; but I watched Free Solo first, was very impressed by it, then immediately sought out something else by the directors, and the similarities didn’t bother me despite watching both over two evenings. Meru is on Amazon Prime in the US. I regret not seeing either in IMAX.

In fact I did! But since it had been two years or so, I had forgotten some of the details - and it wasn’t until you brought it up now that I realized why Jimmy Chin seemed familiar to me when I watched Free Solo.

I regret not seeing either in IMAX.

Yeah, I too watched that on a small screen.

I had recommended FS to some friends now, and they were like “Yeah, we’ll catch it when it hits Netflix or Prime”, and pushed them to watch it in the theater because the sheer scale comes across so much better on a huge screen.

Yeah, I did the same thing you did; sought it out after watching Free Solo. It’s a pretty great film. The story behind it is pretty fascinating too: how Chai and Jimmy met and she kind of rescued his film.

It’s on Hulu, so that’s an option too.

Meru is also on Hoopla.

Meru is awesome. Free solo is ok…I like Dawn Wall a lot more.

Meru is awesome. Free solo is ok…I like Dawn Wall a lot more.

I liked Dawn wall a bit better also, but both are worth watching.

Came across this today, and it’s about the technique of filming Free Solo

I am not afraid of heights, but even watching this had me clench up a few times. Madness!

I’m so glad you brought up Meru. That movie knocked me out, and was recommended by a climber I know.

I just watched Free Solo a couple days ago and I’m struck by how much these movies concentrate their focus not just on cool feats of daring, but on relationships. One of the things that really bothered me about the movie Everest was how Beck Weathers (Josh Brolin’s character) seemed to act in total disregard of his familial responsibilities. It made no sense to me. These movies put that in a far more understandable space. Especially this movie.

The interesting thing about Meru is that originally when they did the initial screenings, it tested horribly. It was apparently all about climbing and felt flat. So they pulled it apart and added what was mostly the relationship stuff, gelled it back together and it turned out the way it did.

Also watch the movie about the Dawn Wall if you want to get another good climbing kick.

The article @Matt_W linked above does a good job of offering insights into the filmmakers’ process. It’s probably what you expect: Chin, as the experienced climber and photographer, is good for getting the climbing shots and having the relationships with the climbers that make the films possible in the first place; while Vasarhelyi, a trained and accomplished documentary filmmaker prior to her relationship with Chin, is good at constructing narrative and the interpersonal drama stuff. I’ve seen a few more docs with Alex Honnold and others that are basically just climbing porn. I like climbing and mountaineering so those films are good enough for me, but I don’t recommend them to people who have no interest in or experience with climbing like I do with Meru and Free Solo, in part because the former lack the emphasis on interpersonal relationships that make the latter so compelling. Chin and Vasarhelyi working in tandem give you the best of both worlds. 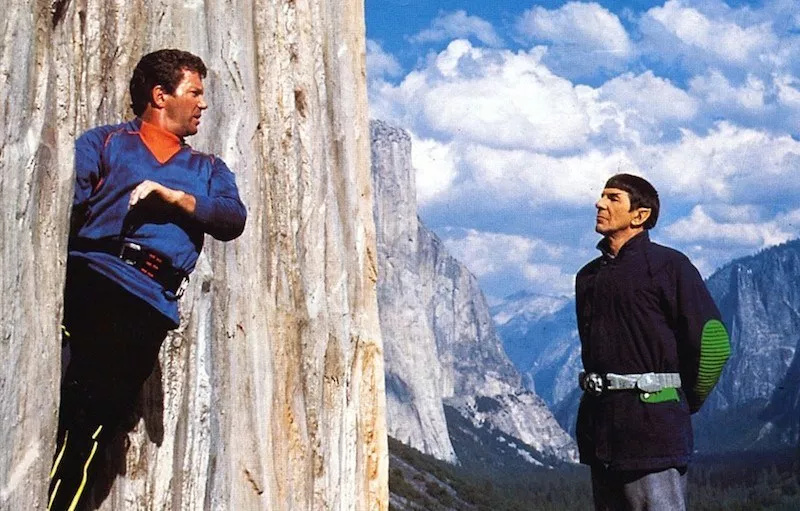 Just have to offer another take: This is one of the very few movies in my life I’ve ever stopped watching and fast-forwarded to the end due to disinterest/irritation/boredom. I believe you need some interest in climbing to enjoy this movie, and I have none, so the main character’s constant whining about how hard his life is and his very attractive girlfriend’s acceptance of his life-threatening “job/hobby/something???” was severely bothersome to me. I just didn’t get the drive of the climbers. Why, man, just why? I guess one needs to “get it” to enjoy this movie, and I do not.

so the main character’s constant whining about how hard his life is and his very attractive girlfriend’s acceptance of his life-threatening “job/hobby/something???” was severely bothersome to me.

Did we see the same movie? I don’t remember the “main character” whining about his life at all.

Apparently we did not. I’m somewhat amazed you (or anyone else) could disagree with that point. But, different opinions are… different, I guess. Oh well.

You can add me to the list of people with no knowledge of or interest in rock climbing but ended up loving this film.