You know, I guess people want this game. The first 2 were OK, but I’ve never really understood the big deal.

However, isn’t it a bit funny that everyone shit their pants over the Bloodstained KS that actually stated that it was gauging interest but it’s all good for Sony to publicly back a Kickstarter?

I’m with you on Shenmue. I know a lot of people apparently have some terrific memories of the game, but I didn’t care for them.

I did think Sony’s announcement of the Kickstarter was pretty canny. “Hey, folks! We love games so much that we’re going to tell you about the Shenmue 3 Kickstarter! Oh no, we won’t have anything to officially do with it. We just thought you’d all like to see how much we’re fans just like you!”

Shenmue: the first game where I fell asleep while playing…in full daylight.

That was 14+ years ago. I’ve fallen asleep during playing plenty of times since them, but 'cos I’m old. Now get off my…uh…my…dammit what’s the word?!?

Trying to remember a game where I actually dozed off playing it.

I think a lot of what drives the Shenmue hype train is this desire for older platforms to have hidden gems, where good but not great games are re-evaluated as oddball masterpieces (think Jet Set Radio, it’s fun and unique but plays kind of awkwardly), leading to people being excited for a sequel to a game they’ve not played.

So I’m the only Shenmue fan around here? I haven’t backed it yet mainly cause I’m undecided on which tier to fund it on. But as a long time fan who had long given up hope of a new Shenmue game I’m glad to see it get the support it has. Can’t wait to go back to manning my stall of Lucky Hit and harassing passerbys to play. And Shenmue is not a game for everybody, actually I would say it’s not a game for most and I honestly couldn’t really recommend somebody dropping full retail price on it or anything.

Shenmue did nothing for me (as an old school PC gamer I’d already seen things like NPC schedules in the Ultimas several years before.) But I think its awesome that Kickstarters are spreading to Japan, and to the console crowd. Niche games for all!

Whoops! Looks like Sony is now officially helping to fund and develop Shenmue 3.

I never played much of Shenmue, but my wife is a huge fan of the series. I think for a lot of people those games were the first time they encountered that level of detail in creating a believable environment, so I don’t think it is too difficult to understand why the games have a devoted following (I have similar feelings for a lot of Looking Glass games). Obviously the big critique of the game is that it is boring, and the fork-lift driving has become the butt of many jokes, but personally I thought the gameplay was more engaging than anything in the GTA games so to each their own.

Me and some friends found Shenmue pretty hilarious. Going around town asking people if they knew where I could find some sailors. It was just too funny. The delivery of the voice actors was just spot on, so much innuendo packed into every utterance. But we soon lost interest in the game after that.

I know that when it came out, it was one of the most expensive games ever made. Now apparently they can make a sequel for only $2 million. Wow. Maybe they’re using existing assets and don’t need a big art budget?

Shenmue was more interesting than good, in that it did a modern setting and an “open world” long before those things were ubiquitous. It also named Quick Time Events.

Since I’m not really invested in Ryo’s story at this point, I don’t really know what I would get out of Shenmue III that I wouldn’t get out of a new Yakuza game.

Considering Sega still owns the rights to Shenmue, I was wondering if the low production cost was in part because they were leveraging tools / engines from Sega, but it doesn’t look like that’s the case.

So I’m the only Shenmue fan around here?

I love Shenmue! The first game was fantastic (I loved driving the forklift, I thought it was fun!). I enjoyed the first game so much that I imported a European copy of the sequel on Dreamcast because it wasn’t being released in North America. This was the first game that got me to bother with all that hassle and I think the last one too. I’ll be backing it!

As one of the token Shenmue fans, I feel obligated to chime in. The fighting, while clumsy, was one of the most detailed multi-enemy systems at the time. I guess the appeal to me centered around setpiece battles with a purpose and narrative buildup. By contract, the beat em up genre tends to walk you from fight to fight with maybe an explanation of why you’re there.

I’m not sure Shenmue got anything new to bring to the genre in 2016. Anyways, there are 4 screenshots of the game here: 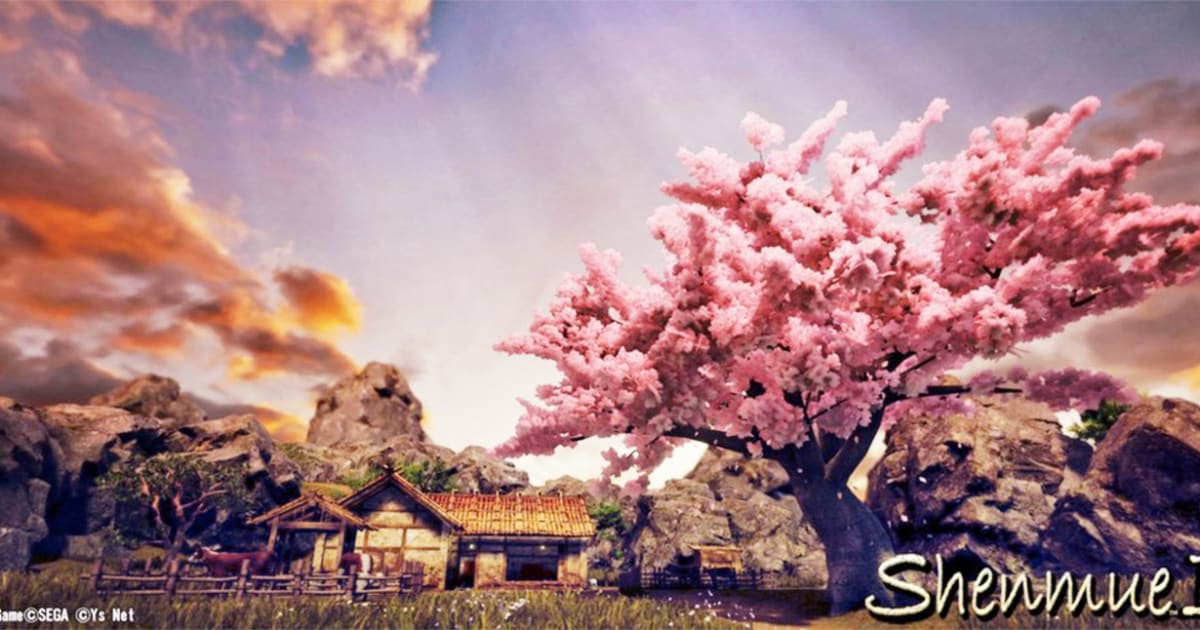 New 'Shenmue 3' screenshots give you a glimpse of the game

I’m not even sure what the genre is!

I’m not even sure what the genre is!

Want to see what the fuss is about? Looking for some sailors?

You've asked, we listened and we're extremely excited to finally announce that Shenmue I & II are coming to PS4, Xbox One and PC in one package! Both games will feature Japanese and English voice overs, the choice of classic or modern controls and more! #ShenmueSaved https://t.co/EvtcEt5pgn
Left_Empty April 15, 2018, 4:34am #18

Both games will feature Japanese and English voice overs

They made an English dub of the second game especially for this release?

The second game was already english dubbed at least the Xbox version was. Ah, the fond memories of working the Lucky HIt stands and moving crates, good times.

I was super excited when 3 was announced but that has faded as the small bits of video they have shown look terrible thus far. And now I’m actually kind of excited for this re-release but knowing it won’t hold up to the fond memories I have of them I might just buy it but not replay it.

Would you like to try a game of Lucky Hit?

Would you like to try a game of Lucky Hit?