The legacy of characters in TV commercials that tried to become full-blown television shows is not a good one (remember when the GEICO cavemen had a show? Eesh. That lasted for about 3 episodes…). So if you were going to be about casting aspersions on the AppleTV+ series “Ted Lasso”, it’d be tough to blame you for that. The series is based on a Jason Sudeikis character created a few years back as part of a promo for NBC Sports picking up the rights to English Premier League soccer. Ted is an American football coach (as in, with touchdowns and pads, and helmets and stuff) who goes over to England to coach a team in the Premier League (in the commercials, it’s my beloved Spurs; in the series, it’s a fictional team–AFC Richmond.)

And honestly, the first batch of critical reviews for the show made it sound utterly forgettable. Even a mildly charitable review from the Times called it the Dad pants of TV sitcoms.

But then a weird thing started happening. People started watching the show. Average people. People of high culture. Smart people. I follow a lot of different folks on Twitter, and I started seeing tweets popping up proclaiming Ted Lasso the best thing (by far) about 2020. Tweets claiming it was the best show of the year. People praising the show with a kind of unreserved enthusiasm that was hard to shake.

And then I stumbled across this article in The Ringer, which often can be cynical about a lot of things: 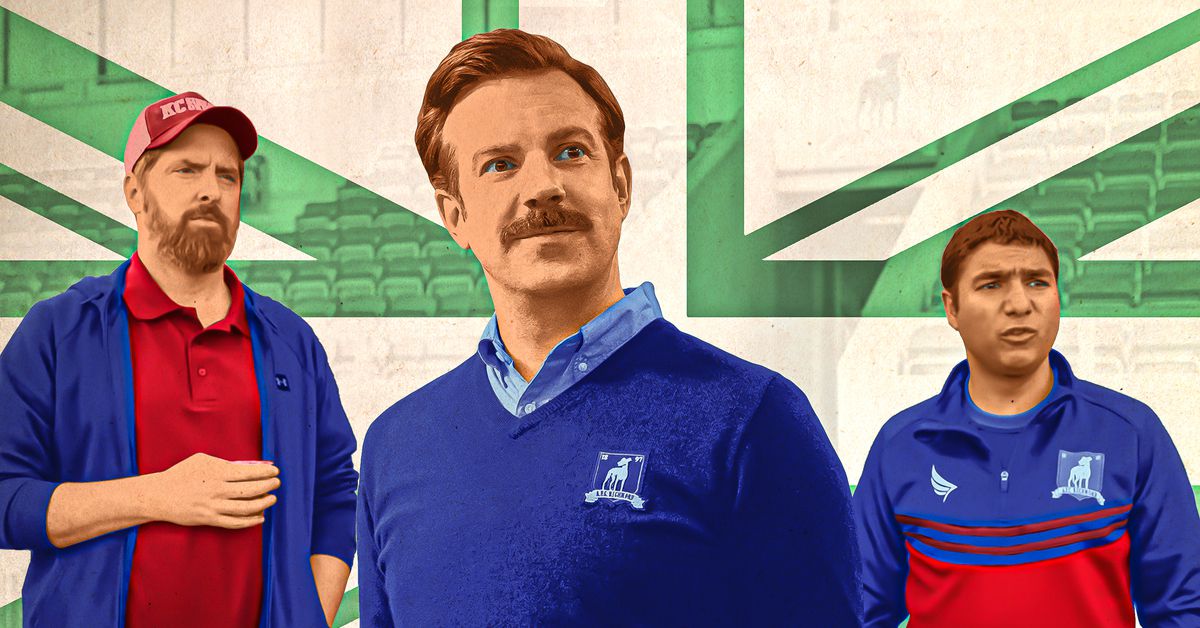 How on Earth Is ‘Ted Lasso’ Actually Good?

The Apple TV+ series, which is based on a character from an old NBC Premier League ad campaign, is somehow one of the most touching shows of 2020

And so I watched it. Binged the first four episodes in a weekend. And wanted more, and found I have to wait every Friday for a new one. And the damn thing is…I think there really is something pretty great going on here.

The show isn’t breaking any new ground, at least not on first (or second) glance. It’s a fish-out-of-water story, a culture clash thing. OK. I’ve seen that done to death. And some of the jokes and premises are a bit too obvious. And it borrows a lot, too – from movies like Major League, especially.

But the thing is, it works, at least for me. I think it’s the little things it does. Ted’s a goofy optimist…but he’s not stupid. He drops references. He knows when someone’s taking the piss out of him. He’s not oblivious, and Sudeikis somehow starts to add subtlety and three dimensions to a character created in commercials in ways that caught me off guard. And the show is careful about its characterizations. There have been a couple of times when I thought we were about to get the bitchy female character cliche…but no. It manages to give almost all its characters a lovely amount of humanity.

I dunno. Maybe it is a formula. Maybe it is lowbrow and stupid at its core. Thing is, though…this has been a real shit year, you know? And when I finish watching an episode of “Ted Lasso”, I find that the show has made me feel happy. And I think that might be a tougher task than it might readily seem.

We began watching last night and LOVE IT. It reminded us a lot of Parks and Rec in its glee and hopefulness. My wife says it’s not a show about sports, it’s a show about classroom management and overcoming toxic masculinity and femininity.

I think we were sold when Ted told Nate he couldn’t hear people who don’t believe in themselves. Lost it. The moment where the older player was reading a book to his niece and cursed when he realized what was going on also killed me.

Oh also, it’s been renewed for a season 2.

The moment where the older player was reading a book to his niece and cursed when he realized what was going on also killed me.

The book that he’s reading is part of why I connect so hard with the show, I think. I loved that book way back when, but I don’t think I’ve even thought about it in 40 years, and it seems to have fallen out of popular culture a bit. I thought it was great (and also completely appropriate to the show’s story beat) that this particular book showed up here.

I very much enjoy the show as well. As the critics are so eager to point out it’s all been done before, but rarely so well in my opinion.

My wife is physically allergic to sports anything and she likes the show as well. Even watched 2 episodes back to back as a palette cleanser after watching a medical documentary that freaked her out.

So sure, it’s a retread, but it’s just a great retread that I can’t wait to finish (1 episode left) and am very glad season 2 is already in the cards.

Wait there’s only one episode left?!

And so I watched it. Binged the first four episodes in a weekend. And wanted more, and found I have to wait every Friday for a new one. And the damn thing is…I think there really is something pretty great going on here.

I followed the same trajectory trigger. Watched the first four, and now I’m eagerly awaiting it every weekend.

The book that he’s reading is part of why I connect so hard with the show, I think.

Yeah I’d never heard of it but my wife had.

IMDb says there are ten episodes, so three left?

My wife and I love it too.

Wait there’s only one episode left?!

No my mistake - I thought we only had one episode left, glad to see that’s not the case.

Me and my wife have been enjoying this also! Thanks for the recommendation, trig.

I think my favorite moment so far was when Ted exits the office just as the bookish subordinate says “Caesar you later” and Ted BANGS back into the room pointing at him and looking furious saying, “YES! Yes.” LOL

That was so amazing. 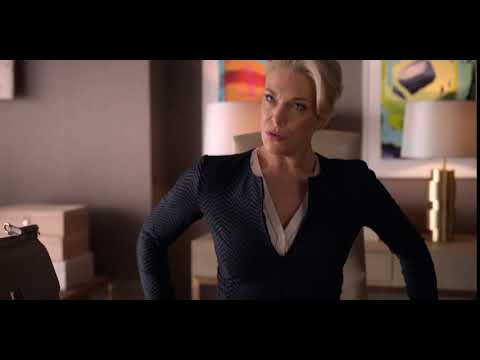 Okay we just got all caught up. That last episode was amazing and heartbreaking.

It’s enjoyable but a bit too feel good, Disney-like, for me. It took me until episode 2 to realize “Roy” was Roy Keane, and now he’s my favorite character and makes the show for me.

What am I forgetting, are you saying the c-word specifically was bleeped? I could’ve sworn* it wasn’t (though there is a gag about Ted not being willing to say it).

I saw an interview with Sudeikis who said that they’ve had to be super careful about using it, not using it, and it resulting in bleeps from Apple because yeah. The usage (and perception of that word’s usage) here in the US and over in the UK are very different.

You can also hear it in the Amazon series All or Nothing: Tottenham Hotspur. Jose Mourinho lets fly with fucks and shits and everything else…but when he says that word, it’s bleeped.

I burned through it last night! I loved the original commercial, but it’s pretty incredible how good this turned out. The original premise felt like an SNL sketch, and those things wear out their welcome after the third or fourth time they tell the same joke. But this remained amazingly heartfelt and optimistic.

I had no idea Juno Temple was English???

Also, I totally got a kick out of Nick Muhammad’s Nathan. You may recognize him as Mr. Swallow! 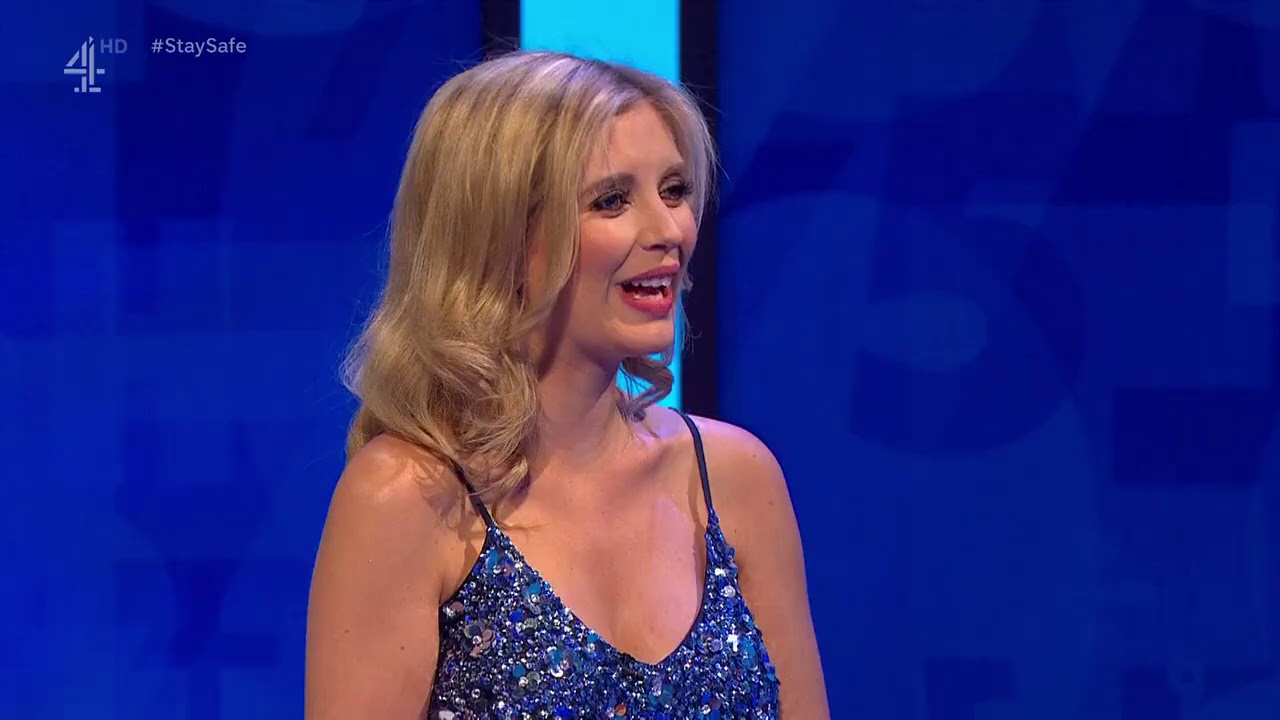