The 4-player game of Sol: Last Days of a Star is underway! 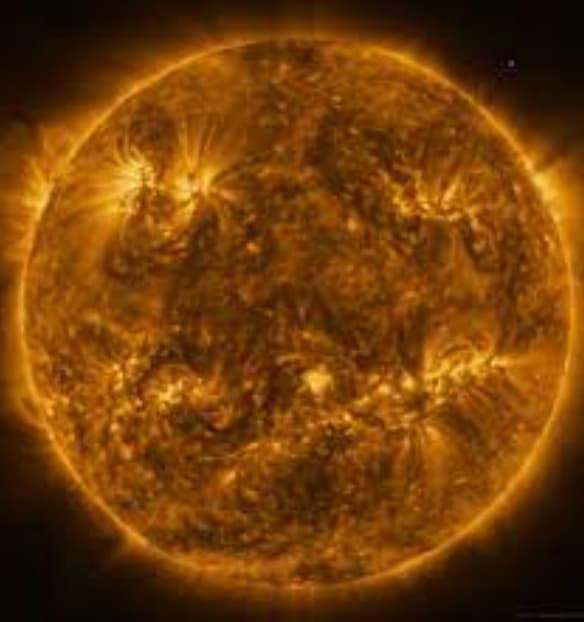 Which of us will be able to follow @tomchick’s mothership as it flees toward the infinite blackness where, despite the hopes of its captain, it will drift until its inhabitants turn to ritualistic cannibalism and their oxygen depletes to zero?

Saving this post for helpful images, to be posted once I am home from my trip. 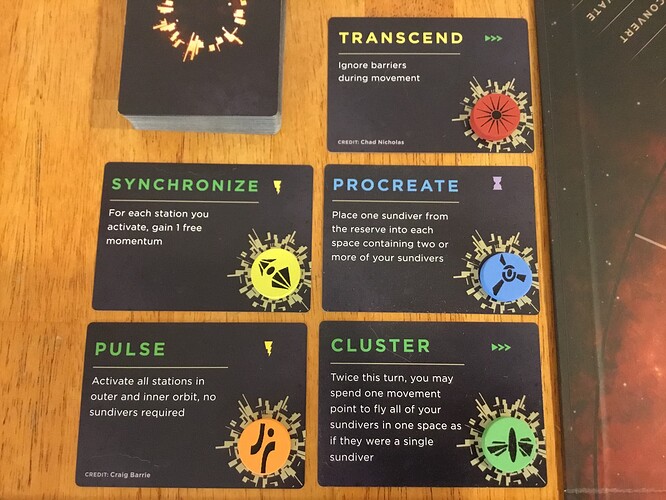 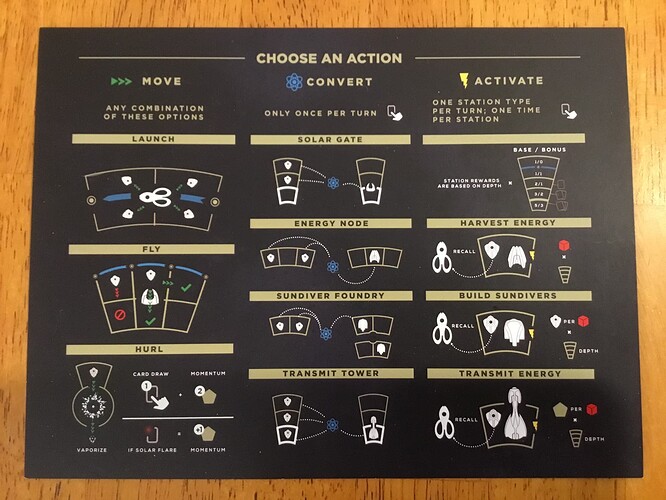 If I turn out to be the scissors guy, I always play that ship turned 180 degrees, the finger handles are actually in front. They are creating gravitational fields that pull the main ship forward at tremenduous speeds. So it is no scissors after all.

I should have known @Dave_Perkins was the man to make an Aniara reference. Please tell me you’ve seen it. It’s, uh, something else…

If I turn out to be the scissors guy, I always play that ship turned 180 degrees, the finger handles are actually in front. They are creating gravitational fields that pull the main ship forward at tremenduous speeds. So it is no scissors after all.

You’re also less likely to put out an eye that way!

Please tell me you’ve seen it.

Are we playing with the, uh, red cards this time? I don’t know what that means, exactly, but someone mentioned them in a “knife fight” context.

So the thing to keep in mind with the red cards – and even the non-red cards – is that if some of the cards are weak and they kind of suck, or maybe they’re just very situational, and if some of the cards are super-powerful and they rock in comparison, the luck of the draw will have a significant impact. Which is fine, if you don’t mind that! But it’s entirely possible for someone to get some awesome early cards and run away with the game.

So just be aware of the ratio of potentially awesome to potentially non-awesome cards and how that can skew the balance toward luck of the draw.

Maybe we could select say ten at random and you could delete three of them for us?

Actually, if you guys trust me, I’ll gladly pick a spread of cards for four players! Maybe call it the spoils of my victory?

Make it so! We are but your pawns.

Were you intending to pick the spread from the entire deck, or were you waiting for me to pick a subset of the deck?

I understood, that Tom will seed the game so that maximum blood will flow…

Oops, sorry to leave you guys hanging yesterday. If you’re okay with me picking the instability effects, here are five that I would pick:

PULSE: Activate all stations in outer and inner orbit, no sundivers required.
(This will be useless early in the game. It might become really useful depending on what people build in the orbit layers. Note that you get all the stuff from activation! This isn’t one of those cards that helps everyone at the table. This is an “it’s all mine!” card.)

SYNCHRONIZE: For each station you activate, gain 1 momentum.
(How about a little bit of padding for your score? You guys saw how close the scores were in the last game. Maybe you should set up a Synchronize action just to be safe!)

TRANSCEND: Ignore barriers during movement.
(This might seem underwhelming, but think for a moment how much you can accomplish in one turn if you get to move freely among the sun’s layers! You’ll be able to quickly build gates and stations in places that would normally require tons of manevuering.)

PROCREATE: Place one sundiver from the reserve into each space containing two or more of your sundivers.
(Sex party!)

CLUSTER: Twice this turn, you may spend one movement point to fly all of your sundivers in one space as if they were a single sundiver.
(Because flying a swarm around is never not helpful.)

We saw how close the scores were?

Thanks for the list! Do we only need five cards for four players?

We saw how close the scores were?

I think with a well planned turn at a transmission tower, the situation could have changed with a single turn!

Thanks for the list! Do we only need five cards for four players?

We had five players and seven instability cards in game one, so if you’re correct, then MISTRIAL. 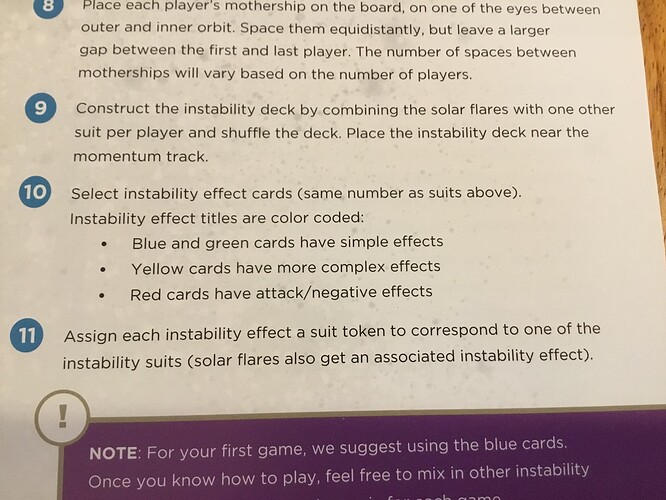 Why did we play with 6 suits + flares in game one…? 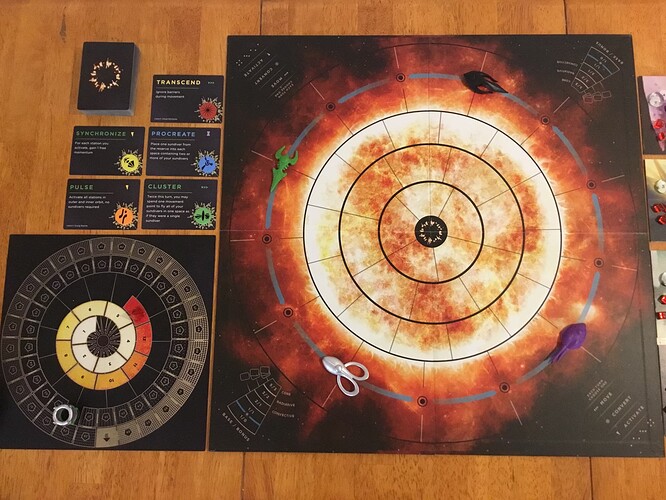 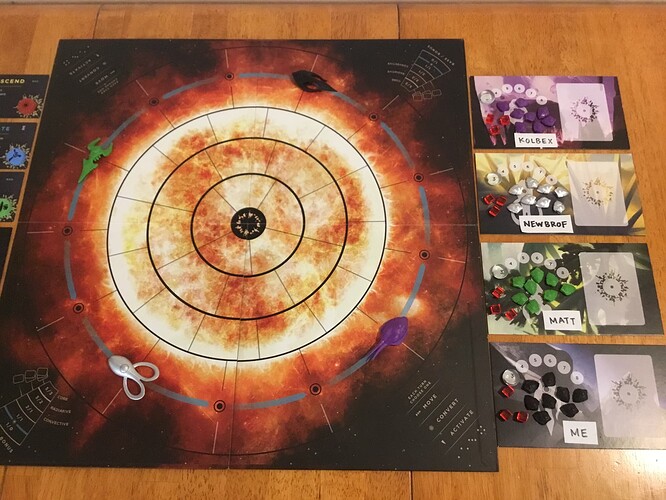