The Cycle: Frontier is a free-to-play high-stakes PvPvE first-person shooter driven by suspense and danger.

So, I’ve been playing some of this over the last week or two. Closed beta for now, but apparently they plan to have more.

Previously it was a weird BR of some kind I’d seen played and had been on Epic store only. Now it’s been refactored and more of a Space Tarkov, but I think it has some really nice ideas.

Beta tag is not just marketing though, it definitely has some hitching issues, balance issues, bugs and other problems. The game loop itself though, is quite cool and there is loads of potential there for the baked in PvPvE gameplay.

Figured I’d make a topic for others to chime in, or at least to have one in case they actually meet some of the potential they have here.

I get a FireFall vibe from this video.

I think the maps are very interesting, and have lots of good points of interest along with some puzzles, locked doors and a few weather events.

So far you can get meteor showers which are loud, majestic and dangerous, but you can also mine the meteorites for their cores.

Then there’s various fog and storms, including when a map is “closing” there’s a heavy storm which can include dangerous lightning.

The cycle is that the maps run for about six hours and have people dropping in continuously filling spots as people either die or evacuate.

The station you drop from has factions for missions, which you’ll often need their reward tokens to upgrade your quarters or get access to new guns, and crafting stations for making your own things.

It’s certainly not in a state that I’d immediately recommend it to anyone, but the core of it has kept me playing.

Well beta is basically over and I’m kind of sad that I’ll have to wait longer to play.

I actually had a lot of fun with it and some really interesting experiences with the structure of how drops played out warts and all.

I think they have a unique and very cool thing here provided they apply the needed polish and fixes it definitely needs.

Sounds like they’re aiming for a new beta sometime in Q2.

They’ve teased a new map, dungeons and other features. Dungeons is kind of interesting, as I presume you’ll need to find or craft a key to enter, but they aren’t closed off to other people. So you could potentially end up with a fight against other players inside of it.

I’m extremely interested to see what they come up with. Honestly the prior beta had a certain something to it that felt pretty rare in most modern shooters. Exploration and real excitement.

Greetings Prospectors and welcome to something a lot of you have been eagerly awaiting these past weeks. The Cycle: Frontier was made available to the public in our previous Closed Beta last year and…

Abysmal timing since Elden Ring and Forbidden West own all of my game time currently, but I’ll try to squeeze some of this in.

The prior beta left a surprisingly great impression on me.

Still plenty rough around the edges though.

Most of the server hitches are gone, so that’s great and queues to drop in are super fast.

On the other hand, they still have loads of things to balance from gear, to progression, to brain dead AI. The maps are excellent, the general gameplay loop is great, but there’s a lot more work to do.

As it is currently, I think most solo players would give up fairly quickly and that needs to be addressed. The elite creature variants are unrewarding hp bags, and there are plenty of bugs and issues around sound and loot.

Hopefully they will find a way to fix the problems, because each drop should feel like a neat adventure full of danger and possibilities, but unless you have a group your chance of actually extraction plummets massively.

We’ll see how they’re balancing things and how this dungeon works, but I’ll definitely be checking it out. When the game clicks it’s a lot of fun.

Oh cool. As a Hunt: Showdown fan I’ve had my eye on this. It being F2P means I stand a chance of getting some of my cheaper more hesitant friends to try it out :)

I hope they do well, because it definitely has a great vibe and the maps feel great. If they can strike a decent gear balance and improve the pve it will be excellent.

Those are probably the hardest things they need to nail down long term. Fingers crossed. 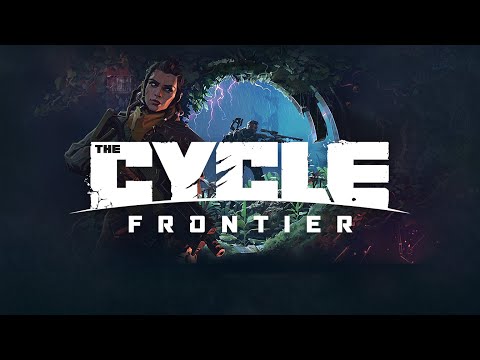 Looks interesting, and reminds me of Firefall.

So how does a team group up, is there a lobby system?

The station where you craft, get quests and the usual things is where you can invite friends to join you. Basically a menu, then you can choose a map and queue for drop pod to the planet and go.

I am getting a similar vibe, but with added PvP.

Kind of yeah, except the maps are very large but static. The specific loot is random and weather events, but different faction quests will take you all over the place. Extractions are also random from a pool of locations as well as your landing location.

Nice, well I hope to give it a try during the next open pre-season.

If any of y’all play over the weekend, ping me and I’ll try and join if it’s not some infernal hour (British Standard Time).

But the game isn’t out yet??

Sorry, I just meant ‘the weekend’ as in ‘future weekends when the game is playable’. June 8 isn’t that far away!

Game is up and running today.