People liked it so much, it got its own thread here:

I played the tutorial and liked what I played so far, and the reactions in that thread are very positive for the most part.

I know it got lukewarm reviews, but I played through the first chapter of Trek to Yomi this morning (where you’re a kid), and really enjoyed it so far. Although, I’m not really playing for the combat, just the story, and I’m enjoying the presentation.

Anyone play Weird West? Just fired it up, looks interesting.

It’s…ok? Great concept, very atmospheric, ends up being very repetitive and you exhaust most of the goodies like new gear and abilities early on and the rest of the game is a slog. I am glad I got it on Game Pass, because while it’s fun, it’s fun.

Man do I suck at serving then immediately volleying in that tennis game. Is there a run modifier to the left stick movement? Most of the time I don’t catch the return before the bounce.

Funny you should mention Power Wash Simulator. This very positive review from Skill Up showed up in my YouTube feed today.

It goes live on July 14 I believe. 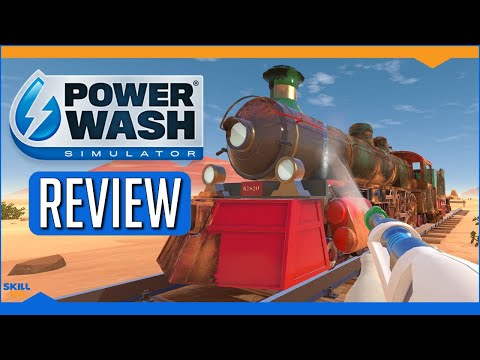 That was a fun video. Had no idea it’s a Square Enix game.

My absolute fav part of House Flipper was window cleaning…so I’m all over this game! 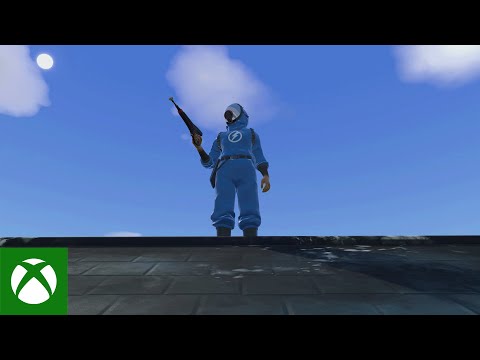 These modern games are filthy.

And I heard Garden Story is a good 2D-Zelda-like.

I like how they didn’t want to model ladders or moveable platforms, so you just stand on the helicopter rotor blades!

I think the game has ladders, but I haven’t played yet and can’t say for sure.

Played the intro to Escape Academy and it seems like a decent puzzler type of game. I escaped a few rooms without solving all the preliminary puzzles (had a bit of luck). The puzzles weren’t terribly tough though. It’s amusing but I generally hate games with time pressure (and this seems like it’s all about time pressure, as it appears your score directly ties into how long it took you to escape). So we’ll see how long I stick with it.

Can anyone compare Escape Academy to Escape Room Simulator?

Played about an hour of Power Wash Simulator and I liked it! And boy did I clean a lot of crap!

There’s a number of choices you have to make when cleaning - your pose (standing, kneeling, lying down), the nozzle choice (wide but weaker, smaller and more powerful, and I’m sure more to come). There is a variety of things to clean. You get texts from friends and potential customers as you’re working, that’s pretty amusing. You get some decent feedback when you complete cleaning a discrete part of your job. And you can pull up a ‘tablet’ to view what you still have left to complete (and the percentage done, so you can find that last pesky 1 or 2% you missed). There is an in-game “shop” where you can spend your accumulated income on extra accessories for your washer (this is all “game money” not actual dough!).

Right now feels like the progression is getting a bunch of fancy add-ons and cleaning solvents so you can tackle very specialized jobs. That’s what it feels like now anyway.

Yeah I just did the van and the garden, took a while but good fun. Bought some cleaner for wood and stone and it helps a lot. Might try an attachment or 2 next

Yeah, I’ve done the van and the garden too. The last bit of the Parasol drove me batty since I couldn’t get the proper angle to reach it. Tried to purchase a stepstool but there wasn’t one in the shop. Finally got it by jumping up and trying to clean while in mid-air, and somehow that worked!

Good idea on the specialized cleaners.

I’m dying here at work…need to get home to power wash some stuff.

Good clean fun, I think you meant to say. Get it, because it’s power washing, so you’re cleaning stuff. Ha, I kill me.