Underworld Ascendant brought to you by Zombie Looking Glass 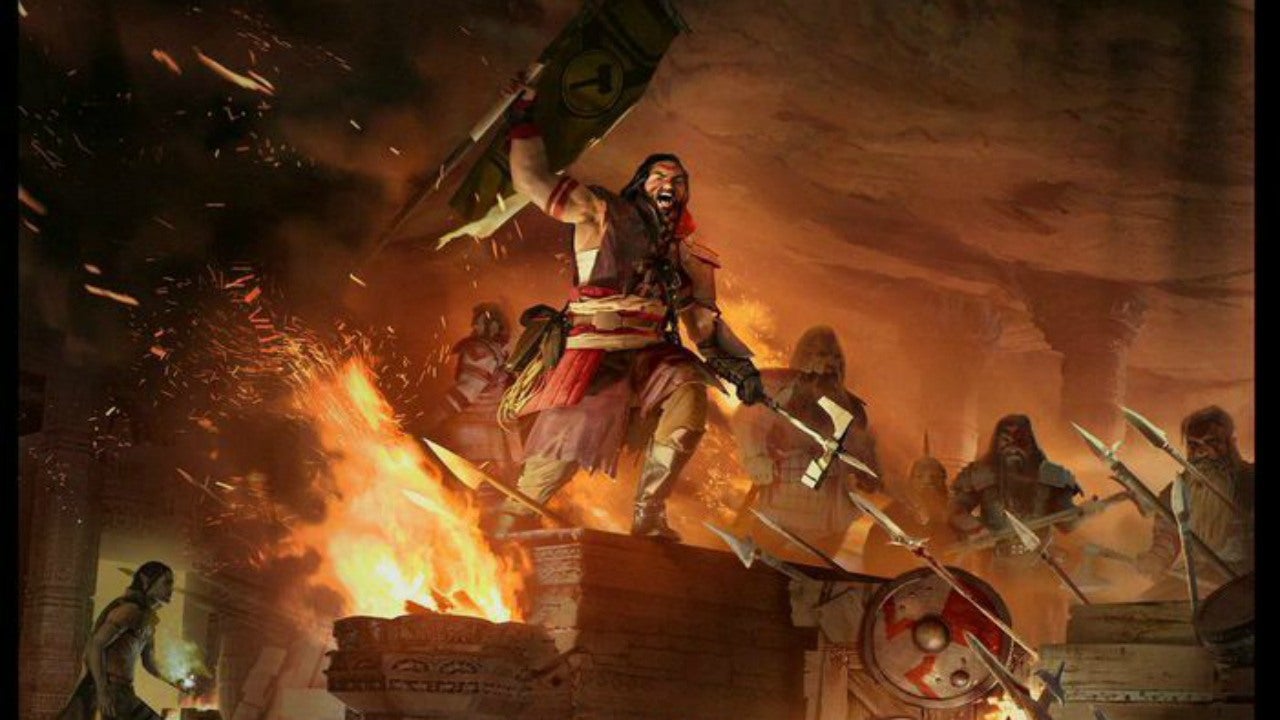 After 23 years, the creator of Ultima Underworld is breathing new life into the property.

Working hard. It totally feels like LGS 1998. Same brains, same motivations, same drive to do what we were attempting to do in the old days, some of which has not been done to this day. Being on the other side of the wall in AAA development for so long and all the compromises to great ideas that happens out of fear or ‘not getting it’ by publishers it is completely refreshing to be able to attempt to realize all the ideas that were championed by us finally have a vehicle to show the world what we mean. I know obtuse, but I’ll leave it to all the stuff we are going to show off soon to explain it far better than I can on half a cup of coffee. ‘Emergent Improvisational Game play’ is what we have coined it, because really what kind of producer would I be if I didn’t have a few fancy buzz words and an acronym?
What we are attempting to do, and what Garriott, inXile, DoubleFine and of course Chris Robert’s juggernaut is take back development into the hands of developers. It has been disheartening on how narrow the pipeline became over the past 10 years. A few mega corps controlling pretty much all development. Innovation --outside of the Indy space-- has been at a standstill really. Sure a good feature here and there…like the Nemesis system in Middle Earth, but there were things people were experimenting with in the 90’s with far less power, on far worse engines that would have blown that system out of the water. Again, not understood by the publishers, money money money.
I’ve been chatting with most of these fellows…the common thread, I know this sounds all hippy dippy, is not to get rich, but to see our ideas to their maximum conclusion. No compromises. Make money to make more games. We don’t call our games product–unlike what my last place did. We are not wondering where pay 2 win fits in, or what treadmill we can create, or where the grind is, or a hundred other things that detract from games and are really for the publisher not for the player. Refreshing right?
More to come in the following weeks,please check us out.

Well, our recent discussion in the Half Life 2 thread has me intrigued. I’ll be playing attention!

MM didn’t specify, so if you’re wondering, the article says the game is kicking off a $1M kickstarter on Feb. 4.

Good luck to you and everyone at Otherside, MM!

Oh, a question: The article isn’t clear, but I’m assuming you have the rights to the “Underworld” franchise, but not the Ultima franchise, is that correct? This doesn’t take place in Britannia, but in an original world?

Well, our recent discussion in the Half Life 2 thread has me intrigued. I’ll be playing attention!

Yup. Me too. I’m really interested to see more.

Night - that is correct.

Good luck with this!

I want to see what you guys can do with system-driven progression (that was a good discussion in the other thread)! While we disagree on what a story is, I think your approach can make great, repalyable and interesting games!!! Emergent Improvisational Game play does indeed sound good to me.

PS: Also, I would be interested in a Kickstarter postmortem once it’s over (I always wonder how much marketing money needs to go into a $1 million campaign, although the license and names here do probably offset a lot of the need for it).

Juan…
I’ve already been documenting. It is a fascinating process to go through.
Be it an article, book or documentary…

Also, would people kickstart a documentary on Looking Glass Studios? The rise and fall…or a book?
Now, finally, I could make this happen.

Juan…
I’ve already been documenting. It is a fascinating process to go through.
Be it an article, book or documentary…

Also, would people kickstart a documentary on Looking Glass Studios? The rise and fall…or a book?
Now, finally, I could make this happen.

I think that could be a very interesting artifact! How a promising studio with extreme amounts of talent come together to take on some of the top players, and then dissolves.

Ultima Underworld was the game that got me to purchase my first PC - an old 386 that I got… from a friend, I think? I actually don’t recall how I got it, just that I saw that multi-page ad insert in Computer Gaming World for UU and my eyes glazed over, drool started coming out of my mouth, and my brain said “I GOTTA HAVE THIS.” So I went bought a PC and it’s been all downhill from there!

At any rate, I’m excited about this and looking forward to it succeeding!

I definitely will be watching this and depending on the kickstarter pitch, probably backing.

There’s some chatter about kickstarter “fatigue” lately. Hopefully UW won’t hit that. Learn from the Wildman kickstarter, get that pitch right.

…get that pitch right.

Yes. This so much.

Thanks for the reminder. I will be coming out of my kickstarter hibernation for this one for sure.

I wanna buy the tier where they model my corpse into the game (but only if it contains some awesome loot).

It’s not System Shock; Underworld had living people/factions/societies. You could be an animated Charlatan!

Heh, I uh, thought at first that someone was making a licensed movie game based on the Underworld series of films. Thankfully the news is much better than that!

Will back Day One. Thanks for the heads up Stusser.

I’m not saying I will back day one, but I got up and at 6 AM searched Kickstarter to see if the campaign has launched yet… (who am I kidding, I’m DEFINITELY backing on day one!).

It’s not System Shock; Underworld had living people/factions/societies. You could be an animated Charlatan!

Yeah, I know that but for some reason one of the parts of UW1 that stuck with me was the old woman who asked me to keep an eye out for her husband - and then later on you find his body. I felt so bad for that old lady stuck in the underworld by herself! At least that’s how I remember it, and if I’m wrong, don’t correct me!