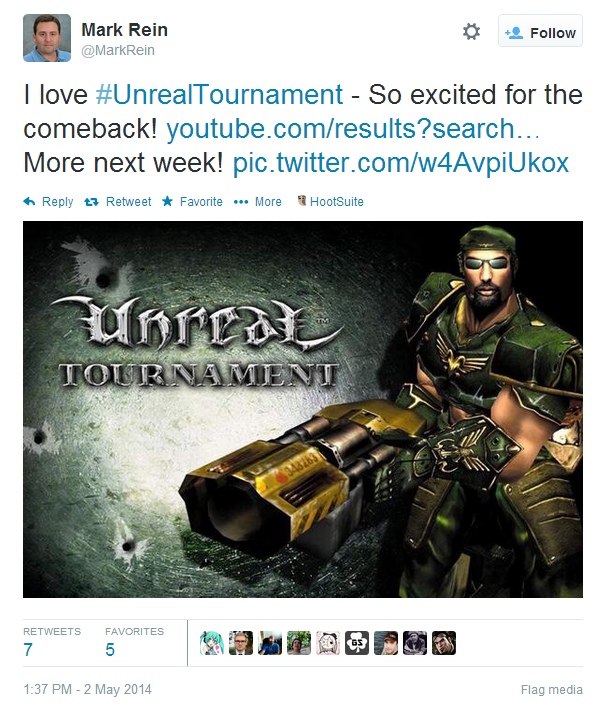 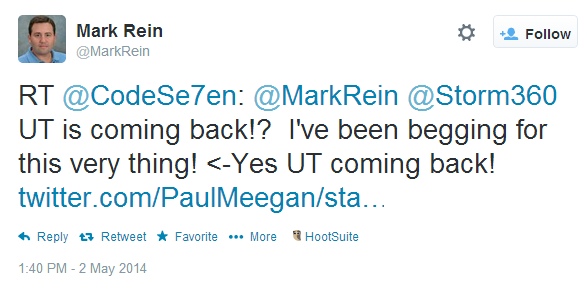 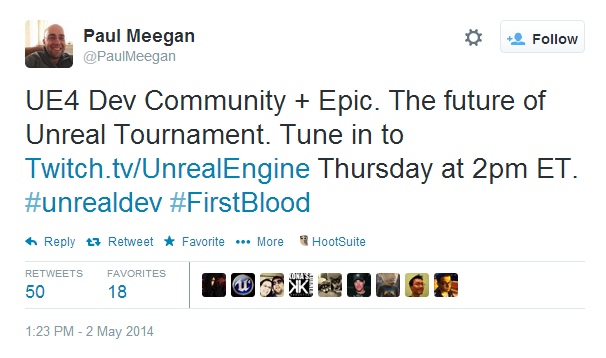 I’m going with either an HD version of classic UT or UT2k4 that uses Steam, or a F2P version.

The last tweet, the whole “UE4 Dev Community + Epic. The future of Unreal Tournament” makes me think something crowd-developed. Like a core game open directly to new maps and weapons done by the community, following the TF2 model where the content creators win a % of profits.

Could be. Whatever it is, it won’t be a full new standalone UT retail game like the last one. That model seems to be dead.

As long as my copies of UT2004 and UT3 still work… Oh, snap! Any word on what’s happening after the GameSpy closure?

There is an almost zero percent chance this will be anything but a complete bastardization of UT with the aims of leaching money off of users for years to come by utilizing asinine free to play mechanics. So yeah, they’re probably going to follow the Team Fortress 2 formula.

There is an almost zero percent chance this will be anything but a complete bastardization of UT with the aims of leaching money off of users for years to come by utilizing asinine free to play mechanics. So yeah, they’re probably going to follow the Team Fortress 2 formula.

Oh, how i wish you will be wrong.

And, how i know you’ll probably be right.

Maybe could be a redone version like iD Software did with Quake 3 web based version.

More Info. Development will be open and with community input. The game will be free but give the ability for modders to give away or sell their work.

So, it’s a TF2 hats model, with the added benefit of being an advertisement for Unreal Engine among modders and developers. Not a terrible idea.

TF2 model! I was right! Apart from that, the novelty seems the development itself, totally open from day 0. In fact, today is day 0.
Very bold to embrace that way the new trends in closer relations between developers and consumers and early releases.

Have they set up that Github repo yet? I can’t seem to find it and it isn’t linked in that press release.

Have they set up that Github repo yet? I can’t seem to find it and it isn’t linked in that press release.

According to the project wiki, the Github page is supposed to be this, but I don’t think it’s up yet.

CTF on CTF_2Face / CTF_AndAction with Instagib Mod and I’m in heaven. :)

So many good memories. I think I’ve spent hundred of hours with UT. Probably never played any other game as much. It was the first MP game I played, and the novelty of patting with other people was mind blowing. I also got my best friend to pay and we spent hours playing co-op against bots. I feel sorry I’ll probably never feel the same about a game.
Maybe VR will return some of that magic.

I just hope they recreate the maps on the same scale as in the original UT. I loved UT2004, but didn’t like the new versions of the old UT maps. They made them to big and complicated.

Guess who is coming back?

My name is Michiel van den Bos and one of the two main composers for the original Unreal and Unreal Tournament. It’s been a while and my memory’s a bit foggy, but my music has been featured in classic maps like Curse][, Codex, Facing Worlds, Tempest and many others. I’ve been composing for games ever since, including the universally praised soundtrack for Age of Wonders 3.

I’m writing here because I was getting messages and e-mails telling me I should, due to the announcement of the new UT.

I was wondering if there is any interest in me getting involved and I’m sure I can get Alex to join in too.
If so, I’d be happy to continue a discussion here or off-forum at mikebossmusic[at]gmail.com.

Thank you for your attention and best regards,
Michiel van den Bos

Michiel,
Of course we would be thrilled to have you and Alex involved in this project! The music you guys made always invokes tremendous nostalgia for me - I’m always instantly transported back to playing UT. How are you interested in participating?

The forum debate on this is quickly turning toxic. It’s a battle of UT99 vs UT2K4 with no room for anything new. I definitely would be in the UT99 camp as I tend to see UT2K4 as too movement heavy which negates projectile weapons and focuses on hitscan. It’s the same reason games like Warsow will never be popular too much freedom of movement isn’t good for shooters as it means movement is more important. I personally don’t have an issue with that but games like that are not popular in the slightest. Simply, complex shooting good while complex movement bad. If this new UT is very similar to either UT99 or UT2K4 I suspect no one will play it because what will happen is the few hundred guys who’ve been playing those UT versions for more than a decade will stomp everyone into quitting.

First image of a work-in-progress map: 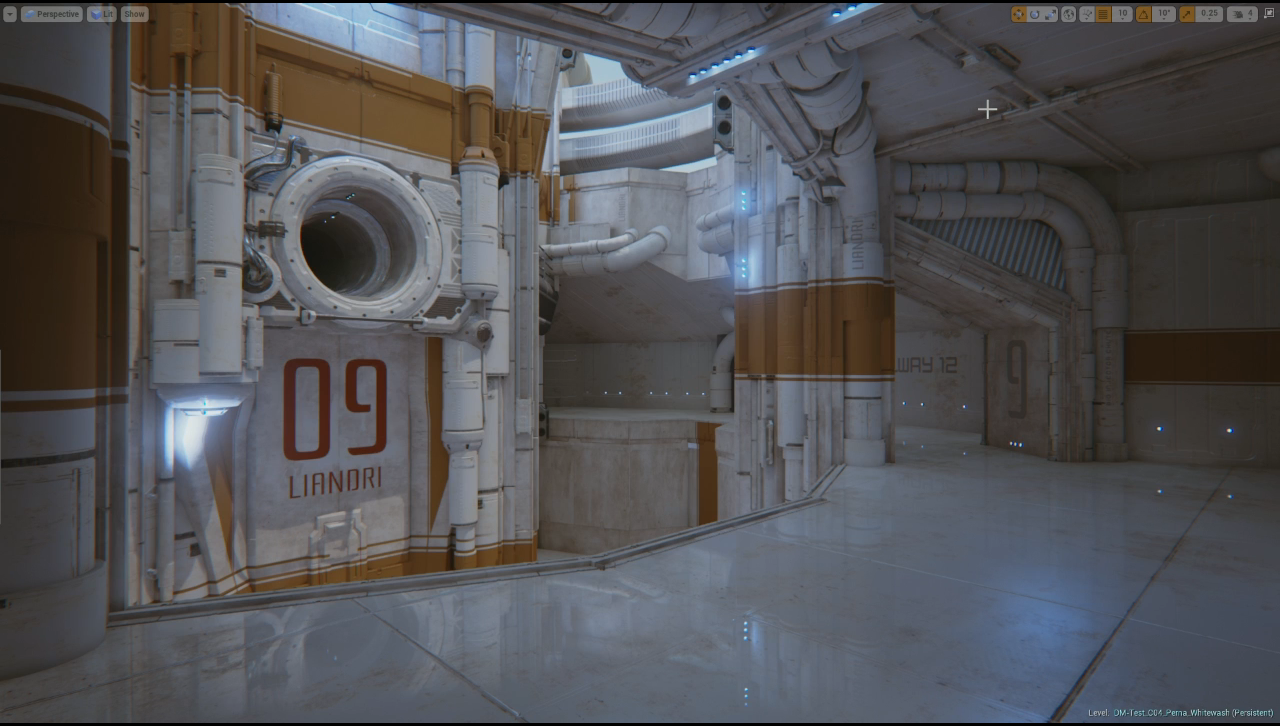 You can tell it’s a work in progress because they haven’t replaced all those weird placeholder textures with proper gunmetal grey and earth-rbown yet.

It sure looked purty when they moved around a bit.