The demo on Steam was pretty well polished. Interested as well.

I think I need this in my life right now.

Hitman 3 is coming to Steam and Gamepass on the 20th.

Hitman 3 is coming to Steam and Gamepass on the 20th.

Also getting official VR support which is supposed to be very good.

I mean, there are more shop management/crafting games than ever these days, but most have left me flat. So, this is me getting excited for a couple days before early returns show it isn’t much better. :)

Yeah, hopefully this one actually lets you focus on the management side rather than forcing you to do dungeon runs yourself. If I want to play a dungeon crawler I’ll play something that does only that, like Diablo or PoE or something. I basically want something like the Kairosoft version of this, where dungeon runs are entirely automated, but more complex on the economy side. Also not sure I like this being in 3D.

I basically want something like the Kairosoft version of this, where dungeon runs are entirely automated, but more complex on the economy side. Also not sure I like this being in 3D.

Agree with both of these points.

I’ve played through and finished Kairosoft’s Dungeon Village 3 times over the years. I want exactly that with slightly more complexity. Or something like Reccettear with minimal dungeoneering. I guess what I want is a combination of those two. Focus on one shop and then all the heroes come in a buy my beautiful wares.

I’m sure a new Pokemon game will be a wallet threat to some. Maybe the new Serious Sam game. Lots of games with strange names coming out this week. You’ll have to let me know if any of them look appealing. I guess I have to decide if the new Uncharted collection is something I want to get. I don’t plan to get a PS5 until the Pro, but for owners of Uncharted 4 or Lost Legacy (I own both), you can pay $10 for the PS5 upgrade, but only for the next week, I think? I’m not sure I want to reward that kind of a deadline.

I did enjoy the Hidden Deep demo a while back…but I see it is releasing as early access.

This wasn’t on the list, but apparently came out today.

I’ve never heard of it.

Hold on to your wallets! Wallet threat level will be high this week for fans of Dying Light, as the sequel comes out this week. Other higher profile titles include Life is Stranger Remastered, which seems like a strange choice for a remaster treatment.

Also, the opposite of a wallet threat, Dreamscraper comes to Game Pass this week: 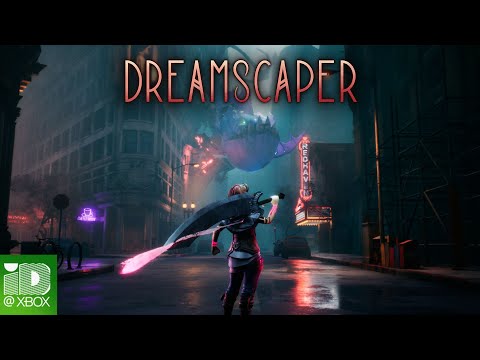 Looking forward to that.

I’m intrigued by this one.

Yeah the demo was sweet, I think it was our parangon of good taste @geggis who pointed a bunch of us to it.

Oooo, it’s out in February! Thanks for the ping @Left_Empty (and the kind words). The demo was delightful and the visuals are just gorgeous!

The next 6 weeks is one of the most jam-packed AAA release schedules I can remember.

Oh, thanks for the reminder that the rest of the Life is Strange: Remastered Collection is arriving tomorrow. I already bought it with True Colors, so it’ll likely be all downloaded and ready for whenever I get back to playing on the PS5 again.

Ah, this takes me back… 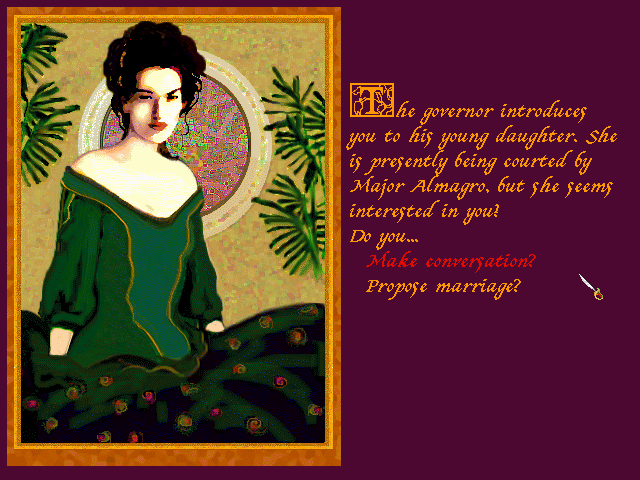 (Of course, it’s a totally different Pirates, but it’s always worth remembering my one true love in Grand Bahama!)

I actually am a very zealot anti Gold Pirates! fan. Let’s have a fight, I pick the rapier!

I actually am a very zealot anti Gold Pirates! fan. Let’s have a fight, I pick the rapier!

That’s silly, when we all know the Cutlass is superior. I SWING HIGH!

I played the original Pirates on a friend’s computer. I would literally ditch everyone at the slumber party and just play Pirates until the wee hours of the morning (did the same with SimCity). But Pirates Gold is the game I had on my own computer when it came out, and I played it a TON. Of course, it’s basically a reskin (I want to say most of the underlying sim code was Sid’s original code?), and maybe a bit clunkier. And the art was high resolution, and seemed impressive at the time, but it also had that very… Deluxe Paint look?

But anyway, I measure Pirates games by their governor’s daughters, so are you really going to tell me this is your choice? 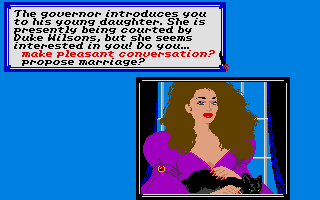