In the campaign, usually a little off the main path.

Oh yeah, we know about and hunt for virus samples every round. My co-op buddy and I are both brand new to the game so we picked up knowledge about them somewhere in game. It was probably a loading tool-tip or message of the day thing. Really the tool tips in WWZ reveal some pretty deep game features rather than being the silly and obvious game functions “revealed” by other games’ tips. I often read them then say something to my buddy like, “well based on that tip, there is a [previously unknown something] mechanic in the game.” So, take that as a positive or negative.

The samples tend to be very well hidden near slumped over soldiers. Like so much of the game, their location is random though. However, what degree of random I am not sure yet. When we open up the game to match making, it seems like most players seem to find virus samples much faster than my friend or I do.

Basically, the samples are very similar to books in Vermintide. They give your team a boost at the end if you can keep them. In WWZ’s case they don’t seem to lower health, but they do potentially break and get lost if the player carrying them takes damage. I like the thematic element of protecting the virus sample carrier. You can see when the sample takes damage as it starts to leak it’s yellow gas.

On the prestige/ tool tip front, while I’m not there to confirm, I think prestige might effect the green numbers in class abilities. One tool tip said that when you prestige the class, then abilities get better. Thus there has to be more to it than just unlocking the prestige guns. I am 29 on my medic, so I might find out soon. But you are right, the other classes are quite tempting so I hop over to others periodically which slows my leveling.

Basically, the gun pre-unlock was a goof in my mind, but I self “patched” that. Outside of that, I have been very pleased with WWZ as it is very familiar, but also doing some cool new things for the L4D formula.

Basically, the gun pre-unlock was a goof in my mind, but I self “patched” that.

I think the one issue the devs were trying to mitigate for new Aftermath players was the fact that vets have had a couple of years to unlock way better weapons when they start a match. But yeah, the presale gun unlocks screwed up the progression something fierce.

I got to level 30 on the medic class last night. I can’t tell what prestige will do to the class yet, but it will take 7500 supplies to find out. Ouch.

Oof, thanks for the heads up. I guess I should be saving up my supplies instead of sprinkling them around into the different classes I’m trying. And does my assault rifle really need a silencer that costs 1000 supplies just because I’ve unlocked it?

Playing horde mode is the quickest way to accumulate supplies. Getting beyond wave 25 probably nets enough xp and supplies to go from 0 to the next prestige level. The only downside is it takes awhile and must be done in a single sitting.

NB there are no further rewards for going beyond prestige 5.

The most I’ve managed in horde mode was wave 49. Can’t remember how many supplies I got for that, 30,000 - 40,000 maybe? Gunslinger is probably best for it; the tier 3 shotgun plus the perk that replenishes your ammo in the mag for scoring headshots means you can obliterate entire hordes singlehandedly as you never need to reload. You do run out of ammo eventually though as it takes it from your ammo pool. Getting the grenade perks that give you free ammo back into your pool for grenade kills plus the one that has them regenerate is a good way to stay in the fight longer, though.

This is getting some sort of boosted horde mode today: 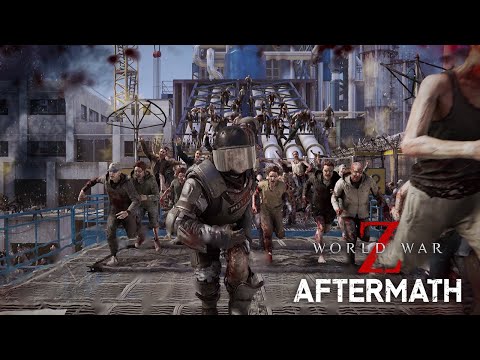 I can’t tell what, if anything, is different? I mean, weren’t there 1000 zombies onscreen already? There’s a supposed rework of weapon progression, so that might be cool?

But when it comes to horde shooters, this ended up being the one I didn’t break up with. I hated how Back 4 Blood abandoned their deck-building system (I’m still mad about that one!); I managed to max everything out in the Aliens game (and I also hated how little they took advantage of their own card system); and Outriders relied too much on massive bullet sponges for pushback. Which left me with World War Z when it came to horde shooters. So I think I’m going to jump in this week and take a look at what’s changed. Anyone want to join me or do I have to play with bots and randos?

Outriders relied too much on massive bullet sponges for pushback.

I’m surprised you didn’t think that about Aliens! On the harder difficulties even the standard drones were a nightmare to take down (speaking as a maxed out gunner and demo). Anything larger was even worse! I’ll admit we didn’t do another campaign run but that was because we wanted to bump the difficult up and change classes which is obviously problematic with the class (and to some degree the weapon) progression system. That said, we loved Fireteam Elite and had a good time with the DLC as well.

From the trailer that does look like more zombies to me but it has been a while! It was always a joy watching them pour over everything (then launching them with explosives). We tried the horde mode and I can’t for the life of me remember how long we lasted. It was over an hour and we died very quickly after being comfortable for quite a while!

I played this for a few hours last night and I can safely say the new Horde XL feature is…virtually unnoticeable. Basically, there’s a single horde level with more approaches than normal. Big whoop, as far as I can tell. And I furthermore don’t really “get” the horde modes in World War Z. They’re repetitive, and they don’t leverage the cool things about the game. So from someone who never cared for horde mode in the first place – it’s basically a tedious way to grind for xp – the new Horde XL is like an unwanted knit sweater.

The weapon progression redesign is a bit baffling. I seem to recall World War Z had a ton of incremental upgrades as you improved the various weapons you’d find, and even the weapons you start with. That seems to be gone in favor of fewer upgrades, now spread out among prestige levels? I didn’t look very closely, but however it works, I didn’t need the notes on weapons and upgrades I’d been keeping from the last time I was playing, a year or so ago.

So as a long-time World War Z dabbler, I declare this update “thoroughly unimpressive”.