Yup, the client updated from 311.209 to 312.9 today. I think the daily auto-update will take care of it, later tonight or tomorrow?

I don’t think Crystal is running the event yet. But working on the other servers this morning. Thanks for the quick shout out.

Well, I just finished growing just under 30 plant turrets, so I headed over to the Desert Wyvern Hive and picked what I thought would be a perfect spot for an organic wyvern death trap. 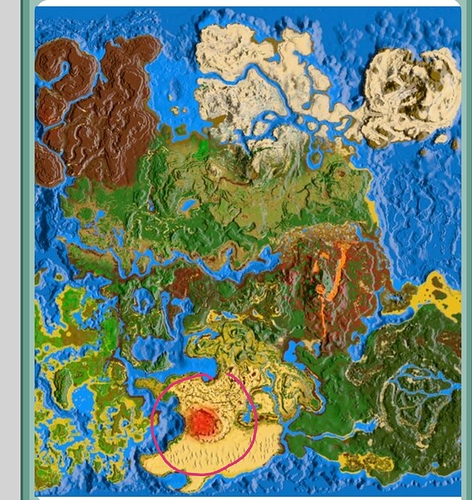 Then, just after completing a 1x2x2 base, a 225 Crystal Wyvern dropped in and annihilated my Griffin before I could jump on him. Somehow my Argent and I escaped, and I was even able to return to the scene of the crime and recover all the plant turrets that had been in the Griffin’s inventory.

Before I can continue with that plan, I’ll need to replace the Griffin (I have others but they are probably too low level) and maybe choose a different trap location, one that’s a little further out of their zone, whose perimeter I obviously misjudged. Anyone who is on tomorrow and feels like spotting me would be most welcome! I’ll even show you my Griffin trap and help you trap Griffins of your own.

Watch for the giga. I believe one was spotted in the desert at some point.

It’s all good as far as the Giga is concerned, been building stuff high up on the rocky platforms.

All right, replaced the Griffin. Just gotta level him up a bit when I get on tomorrow, then I’ll study the death zone a little more carefully and decide on a possibly better trap/kill zone.

I haven’t actually done this before, exactly (not counting a stone trap I built once for milk farming), although I did help another guy who used plant turrets he had set up in the Highlands on Ragnarok, once. He was raiding nests on a Ptera, and would then lead angry Wyverns back to the plants (where they usually perished) and hand me the eggs to carry off. Seemed like a pretty good system.

Got booted an hour or so ago and the server isn’t showing up. I think there may have been an update, but I’m not sure.

Just got back from an outing today. I see zero connected. Will try it first before running an update.

It looks like the Ticket Mod - Google Cache version of the page has been removed from the Ark Mod Workshop.

Pretty sure this is the cause of the “Failed to load mod map” error that occurs when trying to login to Genesis or any of the other servers using this mod.

I am going to replace it with the Boss Packages Station which seems to be more flexible than the original Ticket Mod.

Sounds good. My family who are visiting are leaving today and I should have time to take a look as well. I think some work still needed to be done on scorched earth. I’ll start there if you want and apply that mod change. Thanks for noticing it was removed, Ragan.

Got booted an hour or so ago and the server isn’t showing up.

Barstein and @Ragan,
Found out what this was all about the other evening. Per the hosting company:

I’m writing to inform you that your cluster crashed the machine that you are hosted on. This was due to ark api plugin 2.6. It needed to be updated to version 3.4. We updated the plugin for you and your servers seem to be stable now. I just wanted to let you know what happened and why your account was suspended for a few hours while we figured out the problem. Everything seems to working fine now and you should be good to go. Have a great evening!

That API is needed for the cluster as it’s the “base” API for any server plug-ins. We use just one plug-in, Cross-cluster Chat.

No worries! Thanks for following up!

So thinking theres still some issues with the servers… That or Ragan blew them up to see me fall :P

Ok @ragan here is the 150 rex. After a bunch of running around and trying not to die. 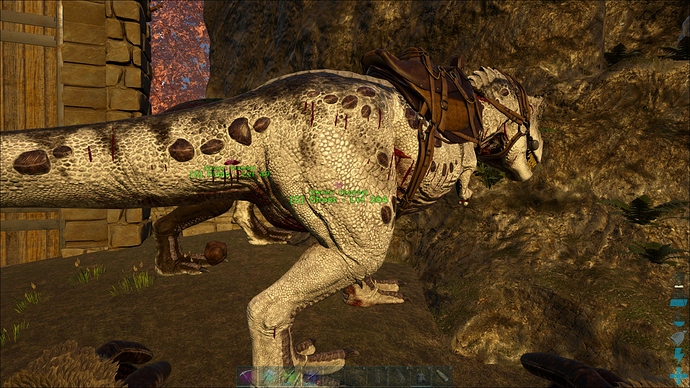 Congrats Grem. I was hoping the server would stay stable enough for you to make the tame.

Noted. I’ll take a look and ping them tomorrow for some info.

I’m trying to build my mostly permanent base and it is painful. Vanilla structures are fine if you want to make rectangles/squares, but anything and it gets difficult or nearly impossible.

Have there been any Epic versions on the server yet? If not, can we consider installing some mods?

We don’t have to use some of the more OP mods (Upgrade station & rare sightings), but some of the QoL ones like:

When the dust settles, it’d be great to get a current list of mods for the respective servers. Just realized today that Crystal is actually on the same cluster.

Yea I would be fine with that also.