Antistasi changed Arma3 for me from a Steam perma-backlog to 100s of hours played.

There’s of ton of Antistasi mods forked from the original many years ago. It’s not truly an SP mod as much as it sets up a relatively cohesive dynamic PvE scenario. Honestly usually more than the sad old A3.engine can handle but still fun once you find the latest maintained fork.

None. Actually, it’s been a while, and I don’t know what’s the most actively-developed fork any more. A lot of little A3 groups have grabbed the original source and monkeyed around with it to include their favorite mods so the whole “scene”, such as it is, is a mess. And I’d also have to say that Antistasi will break your heart as a strictly SP experience (it’s so damn close to be playable that way) but it’s more intended for coop and group comp stomps.

Apex Old Man is probably the best we’ll ever get for SP A3.

I read it more as features needed for their Conquer the Island thingie with PvPvE, that they had since Arma 2.

Playing some Tiller Danube Front '85 and I just learnt that Reforger is actually one of those military acronyms REturn of FORces to GERmany - the transfer of US military units to Germany in the event of an invasion.

I grew up during this era, and the annual Reforger exercise was a scary reminder of the Cold War reality we lived in.

It was a massive exercise to practice moving thousands of troops from the US, Canada, UK, etc to meet up with pre-deployed equipment placed in Germany and Belgium. It was also a show of force to the Warsaw Pact regarding our level of preparation. Reforger exercises were conducted from 1969-1993…

I was in high school JROTC in the mid 80s, ROTC then inactive reserve in the late 80s/early 90s, and went active duty in 1993. As I said, scary stuff. 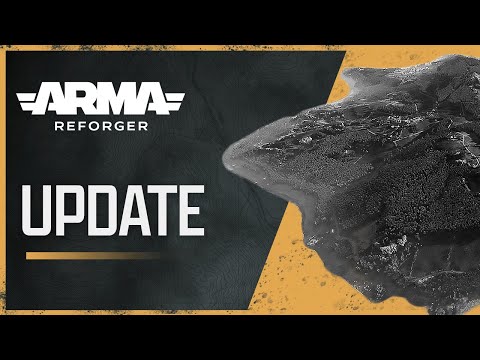 After watching this, I thought, “Oh, neat, some single player stuff?”

Ground Support delivers an entirely unique landscape to explore, a cooperative-multiplayer game mode, new weapons, and much more. Of course, this 0.9.7 update is also packed with a sizable list of critical fixes, stability optimizations, and other exciting improvements for both players and community modders.

Sigh, I’m sick of single player being an afterthought.

I wouldn’t expect much SP content from Reforger any time soon. I haven’t purchased or played it but from what I know it’s a very rough tech demo / prototype with a slow-ish update cadence focusing on engine features instead of playable content. It seems even the Arma community is a little disappointed with how barebones and buggy it is.

I liked the improved feeling of movement and the map design but the bare bones ai and the constant disconnects killed my interest in playing it. Not sure how they can salvage it after the launch issues. Maybe if disconnects are fixed a Game Pass release might give it new life.

Edit: Apparently the new Combat Operations scenario can be played single player according to their website.