Dominions 5 - Born to be Van Wilder

that was bizarre. i don’t know how you won that!!

dfs, i don’t think i’ve seen a closer battle in my life: down to 1 lightning strike?

i dont either, and tbh, the first time i watched it i assumed i lost because even though it said ubar was mostly fleeing, it looked like all my units were fleeing as well. Then when i saw the fire king retreating(or so i thought), i figured it was over and i just had to read the sad post-mortem. But that said i won…so i watched it again and again, and probably again. I do think it was because of that lightning bolt, and i suspect because the fire king wasn’t impacted by the heat from hell (or as much, i probably need to watch it a couple more times). But when the fire king was retreating, he was actually (strangely) coming back to help the air queen…really bizarre.

maybe it was Origenes casting petrify? I think that might have been the diff…

Oh, I wanted to address this and didn’t cause you were having good drinking times. That army you are talking about has been lurking around for a while. Not sure if it made @Kolbex sweat a bit? I mean, there was a fort put up, but that could be for any number of reasons. Ubar was beyond help really, but a great neighbour all the same.

Well, i guess that’s what legowarrior would call gem-baiting. I have no idea why that simple attack, even if it was a substantial SC, triggered my guys to go and blow all their gems. Frustrating part of this game…

FWIW it was entirely unintentional. I’ve had Djinn moving in and out of that sieged castles for most of the game and thought he would just renter and become part of the defense. I guess most of them had some sort of stealth and that one didn’t. He was the only one really kitted out for hand to hand combat and if he had been available he might have kept the string going long enough to finally kill that prophet. As it was it looks like he fled when his support bodyguard got killed.

Wow, watching it again there’s like 3 units still capable of doing anything at the end and it was a simple lightning bolt from the air queen that probably tipped the balance. Well-fought indeed.

Thank you for that. It was closer than I thought it would be. Your minions never really brought enough to take the city. When I saw what you were bringing I started to get worried. When you broke the walls in…what like a turn…the writing was on the wall.

Thank you to all who supported Ubar in our time of stress. Be aware that as well as a significant gem boost, the victor will get a significant gold boost from my national site. He lost a pile of chaff, but most of his good units survived.

Ubar is an interesting nation to play, but handing me stealthy flying ethereal thugs out of the box might not have been the best choice. Y’all were right to hit me early and hard.

FWIW it was entirely unintentional.

My initial reaction was that i was real pissed about it, but the more i thought of it, i realized that you don’t play like that and thought it was probably an accident. Thanks for confirming!

Your minions never really brought enough to take the city.

I think they were fine - due to the gembait, i dont think i got off a single battlefield spell to support them. Had they been fogged, sharpened, everything-resisted, and supported with phantasms, i think the main battle would have played out differently. As it was, it was kind of astounding i won. I suspect that you killed most of your own minions - that was a fierce battlefield out there.

Y’all were right to hit me early and hard.

LOL. i’ll have a write up about Caelum when all the dust settles on this game, but i could echo that sentiment, so it’s fitting that you were the one that put caelum in the pool. Had you put something else, i probably would have gone underwater and it would have been a vastly different game.

Ubar is a strange beast. More forts aren’t really important. It’s not that the mundane troops are terrible, but that the good stuff is SO good. Sure I can field an army of slaves with a commander kitted out to boost moral and it will stand it’s ground with most other national troops, but a Shaytan is probably gonna cost about the same gold and is more survivable than that army and can do other things. ALL the good stuff is capitol only and most of the second tier stuff is recruitable w/out a fort.

And of course all the good stuff is heat and magic scales dependent so you go magic+3 to make the good stuff even better and then for research you take a couple low level mages add in scales and all the forged research buffs (quills, companion bracelets, skulls, lanterns) I don’t know what a research graph would show, but I suspect I wasn’t far behind the leader with far fewer researchers. So you beat me to elemental royalty, I had Marids which are pretty much my own private elemental royalty and then of course the Ifrit Sultans well before that.

And when most troops are summons, upkeep isn’t really that much of a concern.

And don’t forget, I did have allies. While they weren’t willing to wage actual war, there was a significant lend/lease arrangement that kept me afloat moneywise to keep you good folks occupied. Since most of my troops were summoned with little upkeep most of the donated cash went to purchase one of my (very expensive) units when I could.

So more forts, if I had time to build them, just weren’t really a priority AND would have made me even more of a target in other’s eyes. My hope was to stay alive long enough to get to the cataclysm intact and then bully my way into a couple of the local thrones that were within quick reach hoping for the best from the rng when the horrors started showing up. It was a longshot, but it was the shot I had.

i’ll have a write up about Caelum when all the dust settles on this game, but i could echo that sentiment, so it’s fitting that you were the one that put caelum in the pool. Had you put something else, i probably would have gone underwater and it would have been a vastly different game.

Yes. The flip side is when I play Caelum I get killed. I mean I literally can’t get that nation off the ground. I see so much goodness, but the nation just kind of bounces off me.

You know, the temptation to take thrones with no PD and no one there is a difficult urge to resist.

WOOHOO! It’s not me this time!

Ah, fuck, I kept meaning to get to it, but after Gloomhaven I was so tired I went to bed and forgot. My friends can only play quite late.

Gloomhaven is an awesome tough game that I dabble in every so often. Not sure I like all the cards for the rock guy, but hes better off than the brute.

I love Mindthief. Not for the power, mind, but 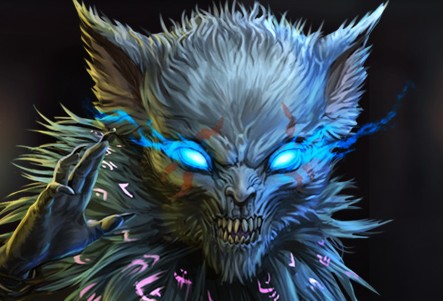 How can you say no to that sweet little face?

Lots of teeth to brush there. Haven’t played with that one yet, perhaps soon. My group of 4 get through …most of the encounters…but the brute usually does a face plant in the last room.

woah, lot to take in there that turn - 3 golems, 2 wraith lords? Of course, hard not to notice father illearth creepy creeping. And of course, ubar’s not quite exactly dead yet (though we knew it wasn’t - there were still those outlying troops making their way in when the capital fell). And a couple globals go up, and a global goes down. And Sir Bartleby is back, and he kept his name!

There’s a third wraith lord too, but he didn’t take part in the attacks this turn.

I keep forgetting to make a flying carpet for Father Illearth, so the creepy creepy might continue.

Well I am certainly breaking out the popcorn for this turn! Should be a very interesting fight on the shores of the mountains!
I just hope that I have the scouts in the right places for it…

I’m done my turn but I want to have a look again in the morning in case I missed anything, and also to give some final thoughts about something I’m planning to do…

Since ermor isn’t in and i’m headed to bed, i added the standard 48.

Gonna be a big turn folks.

Yeah my turn is mostly done. I wanted to check a couple of things over without being rushed tonight.