Ok I have to know, source for this?

I actually just made that gif this morning from this video:

I saw that gif and thought, “huh, that looks like Friends of Ringo Ishikawa” and now I learn that he’s put out a game since then and is soon to release another. More hyped for that than Elden Ring, to be honest. 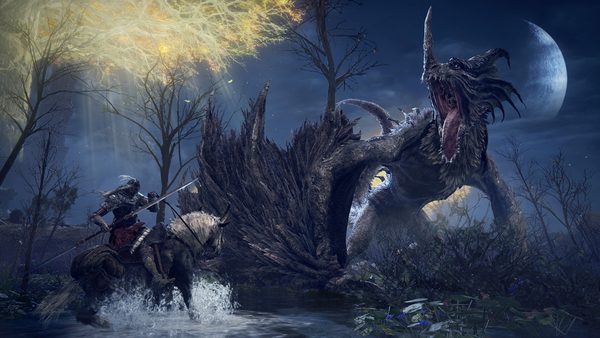 An interview with FromSoftware’s Hidetaka Miyazki

Some interesting comments regarding the game’s difficulty are discussed, as well as other topics of potential interest.

I feel like our approach to these games, not just Elden Ring, is to design them to encourage the player to overcome adversity. We don’t try to force difficulty or make things hard for the sake of it. We want players to use their cunning, study the game, memorize what’s happening, and learn from their mistakes. We don’t want players to feel like the game is unfairly punishing, but rather that there’s a chance to win a difficult encounter and make progress. We understand that Souls-like games are regularly associated with impossible levels of difficulty with high barriers to entry. But we try to design the games to make the cycle of repeatedly trying to overcome these challenges enjoyable in itself. So we hope that with Elden Ring and the new options it provides, it will be a success in that respect.

In Elden Ring, we have not intentionally tried to lower the game’s difficulty, but I think more players will finish it this time. As I mentioned, the player’s level of freedom to progress through the world or return to a challenge later are all elements that I feel will help people get through the game at a more leisurely pace. Also, there isn’t a focus on pure action. The player has more agency to dictate their approach against, for example, the field bosses in the overworld and how they utilize stealth in various situations. We’ve even reduced the number of hoops that you have to jump through to enjoy it in multiplayer. So we hope the players embrace that idea of receiving help from others. And we feel like the overall clear rate will go up this time because of these things.

The real question is will Tom make it past the tutorial boss?

Yeah, that’s a good sign. I never wanted to go through the hoops. And when I did, like for the dragon in Dark Souls DLC area, no one ever came to help me.

I kind of enjoyed the soapstone system, although I’ve never liked tying multiplayer to a consumable item, but what I really found annoying was the bell system in Bloodborne.

Yeah @tomchick not really engaging with the Soulsborne megaverse because…gives me flashbacks to his Deus Ex review if I may say so myself. For me, the game of the decade. (aughts)

Pleasepleasepleasepleaseplease. I found Dark Souls works fine when you just need a random stranger to help you with a boss. It’s alright with one friend. But in Dark Souls 3, I had two friends that we were consistently playing together in co-op and fucking around with the sign stuff was just such a tedious chore that really detracted from the experience. Especially with the technical problems they were having at the time, with signs sometimes taking forever to show up, or one person’s showing up but not the other. And then when you finally get that sorted, the host dies or something else goes wrong and you repeat again. And then when the stars align and you beat the boss, everyone is unsummoned and now you have repeat the whole process twice more so everyone can progress.

Nioh 2 was such a breath of fresh air by just being able to set up an Expedition with your friend(s) and just focus on the great gameplay. I’m looking forward to any and all streamlining/improvements that From may have done with Elden Ring. I’m super excited about the game, but dealing with the kludgy co-op has been the one thing tempering my excitement.

Yeah @tomchick not really engaging with the Soulsborne megaverse because…gives me flashbacks to his Deus Ex review if I may say so myself.

I remember when he streamed Dark Souls 3 for 2+ hours a night for a whole week and only killed the first boss.

No judgment, but it was then that I learned that Tom has an absolutely legendary amount of patience.

Yeah, it was that week of streaming that finally taught me how to play the Soulsborne games. Patience was key. Not quitting when you die was key.

Thanks for this. I would have loved to see the streams.

I remember when he streamed Dark Souls 3 for 2+ hours a night for a whole week and only killed the first boss.

I would have loved to see the streams. 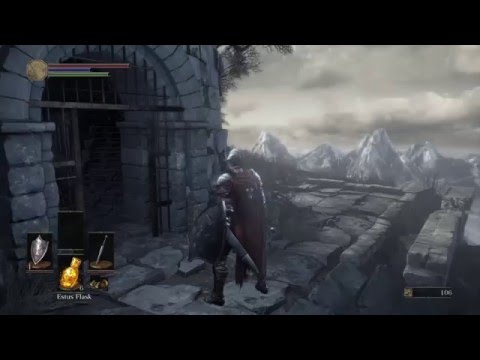 The use of even the NPC summons is very uneven, in all the games. Often a relatively easy boss will have multiple summons while a tough boss doesn’t have any. Of course most the times they only serve as a distraction anyway, which sometimes can be enough.

The Steam Forums for the DS games actually do have guys who advertise their willingness to help fight any boss.

You bet! I remember watching them - lots of fun.

The multplayer in the Souls games was like made just for me. I needed help a couple of times, somebody helps, then he can ride into sunset and leave me alone. I helped also just for fun and a bit ember/humanity
DS3 I played through with a friend, but we had issues with being invaded, so annoying …