I lasted 17 minutes in the demo before getting overwhelming desire to uninstall this blandness.

And if I was Ella Balinska I would sue them for mangling my good looks. 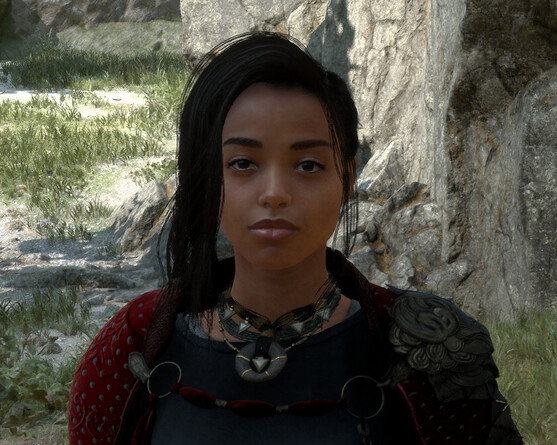 Something that irks me is how some people is throwing this game, and GotG, and Uncharted, and Marvel movies, and whatever else in the same bag of ‘whedonesque dialogue’ or quip or snark-laden dialogue, as if all were more or less equivalent. Some people really doesn’t understand why x (ie, this game) is exemplified as bad when you have the same shit in the latest MCU movie where people like it.

That’s only the overall style, but even inside the style of ‘whedonesque dialogue’ (sic, I doubt he really invented it), there will be still bad whedon dialogue, decent whedon dialogue and good whedon dialogue. Saying it it’s all the same it’s a very surface level reading.

It’s extremely lazy criticism and definitely feels like shorthand for “I want to condemn something without articulating why it’s bad.” The way it’s used you’d think Marvel invented the action comedy, and Whedon invented jokes.

It’s indiscriminately applied to things with vastly different tones and styles of writing. This came up a bunch with Ragnarök, and the writing in that is nothing like an MCU movie. Horizon got it too, which is weird because Aloy is a painfully earnest character, and the furthest thing from the “snark” factory people are claiming is the problem.

I appreciate Austin Walker actually trying to explore what bothers him, but I think his premise is false, and he’s still looking at clips completely out of context.