Unfortunately, it appears as if it may be a PS4 exclusive, based on the the dev stuff (and Iron Man VR/Spider Man):

Crystal Dynamics and Eidos Montreal (“Deus Ex”) are working on the title with Shaun Escayg (“The Last of Us,” “Uncharted 4”) serving as creative director on the game which is said to be highly ambitious and features a completely original story.

You can always opt for PlayStation if you want Spider-Man in Marvel's Avengers
Outriders - Square Enix colonizes space
ShakesMcQueen May 30, 2019, 6:04am #2

Spider-man is Sony exclusive, because Sony have the rights to the character - the movie rights for a looong time, and the video game rights since 2014, when Activision lost them. The Iron Man VR thing isn’t really indicative of anything, because a) Microsoft don’t have a VR headset competitor, and b) SIE is publishing the game. There’s no indication that Sony have any sort of exclusivity to the Iron Man character or anything.

But perhaps most importantly, if this game was exclusive, we probably would have heard about it when it was announced, because Sony would want to crow about it.

If this is the beginning of a slate of new Marvel games, as media coverage has indicated, I’m hard pressed to believe that Marvel/Disney would want them all exclusive to a single platform.

I’d say there’s a 90% chance this is multiplatform, and the only real question is whether Eidos Montreal managed to make a business deal with Sony to get Spidey in the game.

Anyway, I’m interested to see the game. Most of all, I’d like to know what genre it is.

Spidey missions and cameos only available on PS4! ;)

There’s no reason to assume it’s PS4 exclusive. Marvel Games is making individual deals on a per game basis with multiple publishers. Marvel Ultimate Alliance 3 is Switch exclusive (and features numerous Spider-man characters). Avengers is being made by Crystal Dynamics, published by Square Enix and was announced before the Spider-man PS4 game. It’s certain to be multiplatform.

It like hurts my heart to see Google’s name next to Xbox and Sony, and no Nintendo.

This game looks amazing though.

They should have tried to steer away from the MCU feel if they couldn’t get the actor’s likenesses. It seems like a Chinese, dollar store knockoff a grandma would buy.

It seems like a Chinese, dollar store knockoff a grandma would buy.

I know a license that was available. 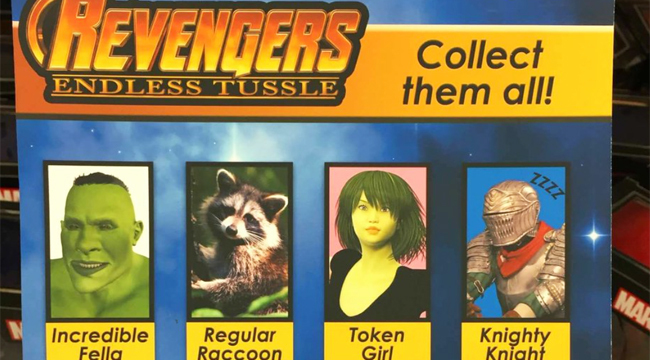 I wish they would remake Freedom Force. I want to create an “Incredible Fella” character.

I think a lot of the knock-off feeling could have been avoided with… simply better character design? These guys just don’t look that inspiring.

Was that Captain Janeway as Black Widow?

aahh HELL this got me stoked

Looks good but I wonder if they can make each character fun/unique to play. Last years Spiderman was so good cause it was one developer working on just one superhero.

Also nothing personal against North but he’s in so many games his voice and sarcasm sticks out like a sore thumb now to me. I watch the trailer and it’s “Oh it’s Nathen Drake as Iron Man…”

It’s doubly disappointing since this is comics and there are soooo many different art styles they could have used.

We’re in a post-spiderverse world now. Get creative! 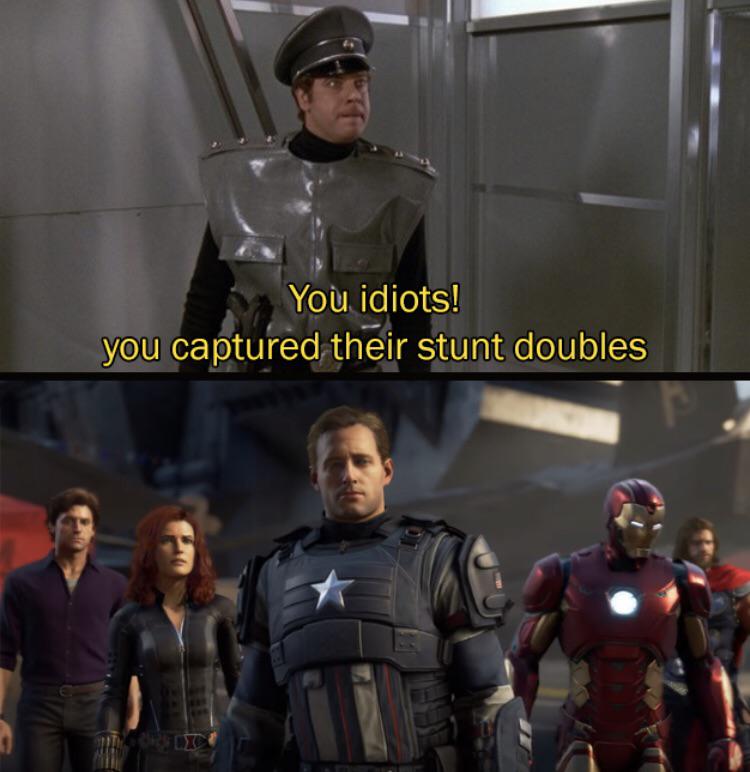 Marvel’s Spiderman had a Peter Parker who looked like crap and it didn’t matter a bit. The game is awesome.

Yeah, Insomniac’s Peter Parker didn’t bug me at all.