What’s stopping people from using 2 tanks anyway? Why can’t we use 5 tanks if we want to? Or, if they enforce the 1 tank role, what purpose to characters like D-Va or Zarya serve? Why are they even in the game?

To your first two questions, it’s enforced by Role Queue, which is when OW1 went downhill IMO. To your other questions, exactly.

Ugh. I’m on PS5 and apparently I have the “blurry screen” bug which looks like this: 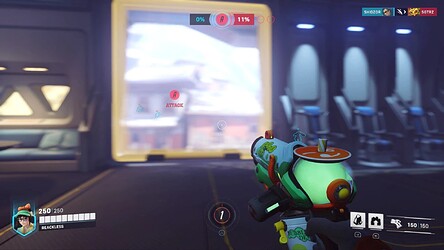 It’s only there when you enter a match. There does not appear to be a definitive solution. Seems to happen to me about 70% of the time I join a match.

EDIT: It’s not just a PS5 problem. Happening across all platforms. I’m beginning to thing this game just doesn’t want me to play it.

D-Va is very strong in the new game.

Like all good and decent people, a Mei player!

I was able to log in on my PS4, by all my stuff is locked, and there isn’t even an account merge menu option now.

today it finally gave me the prompt on xbox to merge my accounts together. says it will take ‘about a minute’ I checked half an hour later and same thing.

I played a regular game on Xbox and then got booted, and it then said to confirm an account to merge, and said it works merge my playstation account… So maybe something is happening. Now I’m in some queue for that.

Ah, but at least it seems like it unlocked all the characters and crap, so that’s an improvement!

And now the merge is complete, but it didn’t actually bring anything from overwatch 1.

It’s weird that the servers are apparently crumbling under strain, but it still takes ages to find a match.

Look, you can use this time to watch another one of their animated shorts. 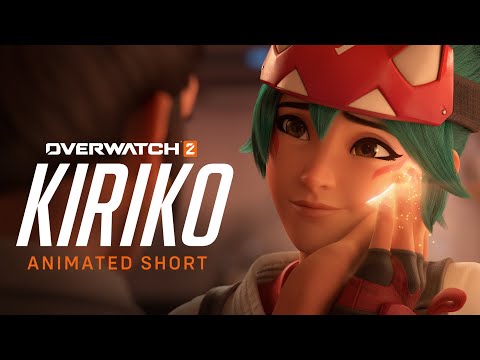 Why is she holding up two little pieces of paper? I
It looks dumb.

Oh, now my characters are all locked again. Cool.

There’s an Asian mythos around written spells having power, I assume because calligraphy is so revered. I’m only familiar with it from Chinese vampire stories but it’s not unlikely the Japanese have it as well.

I don’t know if it is helpful, but I confirmed my account is now merged on PS5 from PC. Both have my unlocks, currencies, and friend lists. It was pretty seamless to play on one side or the other now. This is a pretty big deal for me as I enjoyed playing it on the TV tonight instead of at a desk PC. The PS5 feedback on the controller is pretty nice too.

The queue was non-existent once I tried on PS5. It was like 29 people or something that went away very fast. Games chained very quickly from one to the other once I was in a queue. It was too fast actually.

Well have to see what the state is of the game when I get home today.

Yesterday we were seeing a bug where you got disconnected any time you unlocked an Xbox achievement.

Been smooth for me today. The blurry screen is gone after a total console reboot and my account merge is complete. Looks like everything is there.